Just playing around…
(edit) hm, maybe I should do a textured version… 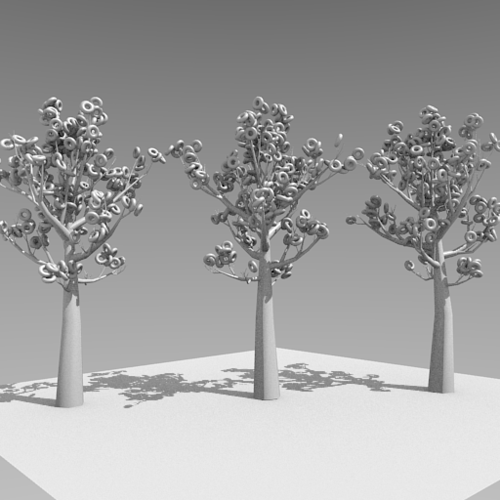 That’s awesome. Is it procedural?

Thanks, I made the tree using sapling, and then added a particle emittor to the leaves, and substituted donuts for normal particles, and unchecked draw emittor.

Somebody has been watching Great British Bakeoff

I’ve never used the sapling generator. This is a really cool idea. Thanks for sharing.