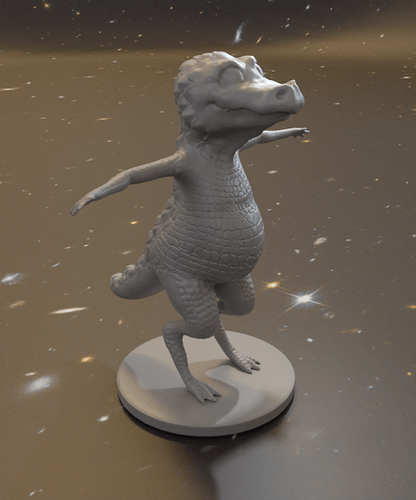 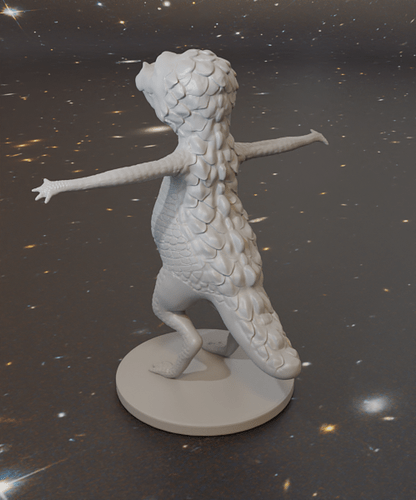 I started off with Z-spheres in a demo version of Z-brush, but quickly got annoyed with the interface and picked it up in Blender.

The idea is to pose it and 3D print different trophies for people who win the competitions at Regncon, a small RPG and board-game convention here in Bergen, Norway. 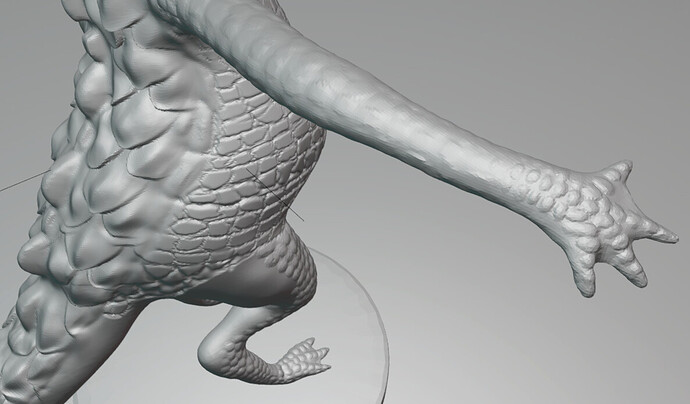 Look out for those spindly legs, if you want to 3d print this. Perhaps consider having the tail touch the base for additional support, or just thicken up those ankles

What format are you going to 3D print in? FDM (reels of PLA/ABS) or STL (Print using light cured liquid resin). This will dictate your limitations. FDM prints aren’t great at handling detail. The detail will be muddy and possibly add hours to your print time.

Remember that any overhangs greater than 60 degrees will need supports. The arms and the underside of the body will need a ton of support in this model.
Printing with supports isn’t ideal because the supports can leave “flash”, which will distort the details of the model and require potentially hours of clean up.

The use of supports increases the chances of the print failing as well, because there is a chance that a support won’t print correctly.

I recommend a few things to keep in mind when preparing your model for printing. 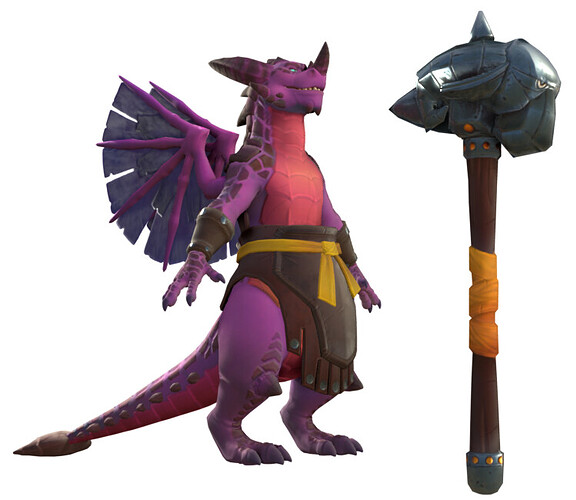 An STL printer can print the scales no problem, but there will be issues if you use supports and need to sand the flash off.

That is a lot of solid advice. I’ll keep these things in mind as I pose the character. I’m not sure what kind of printer we’ll be using, but I suspect that it’s resin since it’ll also be used for printing miniatures – so I suppose that means the scales are okay from a technical perspective?

I’ve been playing around with the 3D-print toolbox plugin, and one thing I can’t figure out is when it complains about “Zero Faces”. I would guess that means faces that have no size, or that aren’t filled, but these faces are all filled, and it’s weird if blender’s decimating would make sizeless faces:

Have you checked the normals of your model? Sometimes decimation causes inverted normals.

Turned on face orientation in the viewport and it’s all blue, tried recalculating the normals and it made no difference. I’ll try a different, more printable, pose and see if it isn’t one of those problems that mysteriously disappears by itself.