I personally like how this is turning out right now.
all criticisms welcome
If anyone could tell me how to redo the topology quickly that would be great!
head and neck
wire frame

sweeeeet! Less verts though; use subsurf to its full power. teeth.

One of the few “interesting” starts for a dragon ( meaning, something that deserves this name ). Like mentioned use SubSurf since a lot of vertices make it hard to control the overall shape. 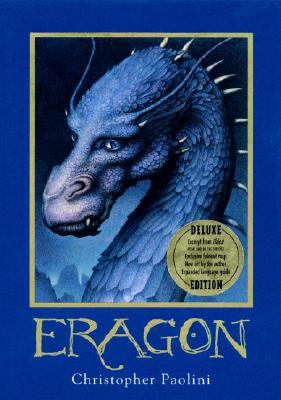 Thanks for the suggestions!
I started lowering the verts (you guys did mean on the face right?)
head wire frame

@ Blenditall
Good guess
This was my main reference picture
reference

I started work on the legs but I don’t like how they look.
bad legs

They look to thin to me but making them thicker doesn’t help at all. Could you guys give me some suggestions?
Thanks.

This topic just drips with Dragony goodness:yes:
Good start so far, and hope you work on the legs. Needs some nice sharp Dragon teeth.

Ahh, CD, i wondered when you’d see this

@Manti, when modelling and you are making it up as you go along, it is a often a good idea to get the basic shape with as few verts and faces as possible and then add extra where and when you need them. (remeber to avoid thriangles, but i think you already know this)

Once you’ve got the size and length of the arms right, you can add bulges here and there that will look like muscles, keep changing it until you get the look of the structure of a living body. Remember with subdivision modelling if you want a defined crease or a good corner you will need the verts to be close together. You will need to pick and choose carefully where you add the extra faces to get the look right for the basic topology.

I deleted the body and then redid the legs after doing some research and I like what I got. All criticisms welcome.
good legs

About teeth, I have never done a mouth before and it looks hard so I will save that for last.

It’s been a while since I made an update but I’ve been busy with school coming up.
wing skeleton

If anybody has suggestion’s on how to make the membrane that would be much appreciated.

anybody? I can’t seem to figure out the membrane.

Just make a polygon between the fingers - select points then hit CTR+F I think. Once you have the membrane filled in - grab some points at the end of the membrane and bring them in to make it look like its arcing. There might be an easier way of doing this but thats what came to mind.

sorry about not replying in so long.

@MrRage: Actually its F. I was looking for an easier way but in the end I did as you said.

Here’s the update. I decided to move the wing forward.

wow, could u scale it down or moe the camera back so we can get a view of the wole thing?

Ps: on the discoverychannel special on dragons ( and they actually found a dragoin preserved in ice) it showed the dragons with think bodies and 4 legs

Come on… cou can’t be serious. It’s a “fake”… don’t tell you you fall for such a crap

. But if somebody consideres this the “1st” dragon on the internet I’m not astonished anymore

( with other words: if you knew about dragons from a physical and biological way you would know your last statement had been utter rubbish

@Tictoon: Thanks! Is the pic below big enough?

@Odjin: 1. yea, sized the wings down a bit
2.I’m not sure what the softbodys will want when I do them so I left them in my modling (not in the pic)
3.I’ll try that
4.I knew that looked wrong somehow! thanks!

Should I size down some of my earlier pics?

Odjin, I dont mend to contradict your expertise, but if dragons did exist. The wings span would have to be two to three times the body just to lift the beasts mass.The majority of the wing would conist of the leathery flap that is between the “bonefingers” of the wings. A good example of this would maybe be that movie about dragons in london and destorying humanity.

@Manti:
1: A good rule of thumb is to have the wings the size of the entire trunk plus head. Read below ( other quote ) why.
2: I don’t get exactly what you mean right there
Just keep the wing hand flat. It’s not only from the anatomical point of view why it should be like that but also because it looks more aesthetic. Wings are one of the tings that make or break a dragon model. The attitude and character of a dragon is also linked to the wings since it makes up a large part of the body.

@Zues:
I’m sorry to contradict there but this doesn’t work out.

“The wings span would have to be two to three times the body just to lift the beasts mass.”
This statement is as rubbish as the one given before. You compare the length of an object with it’s mass in a linear fashion? I assume you don’t know much about physics don’t you? The “length” of a wing itself is irrelevant for the ability to fly. Like gojira already knew: size does matter.

A good example of this would maybe be that movie about dragons in london and destorying humanity.
You mean ROF. Unfortunately this is a nice movie magic they pulled out of their CG division but these “things” there aren’t even able to get half a meter of ground.

You should do a bit of math/physics and researching flying animals of various sorts before jumping out and claiming such a thing as 3 times the wing span is required at least to make something fly. With the proper calculations you can see that a dragon requires only it’s body length as wing span to be able to fly. This requires though a certain “wing shape” as well as “body shape”. A dragon ( if it existed, which neither the trueness nor the falsity can be proved right now ) is a highly optimized and light weight flight machine and on top of this very interesting animal.

Thanks for all the feedback!
When I finish modeling (which won’t be to long) I’ll ajust the wings.
I need some feedback on the tail, looks to bulky to me.