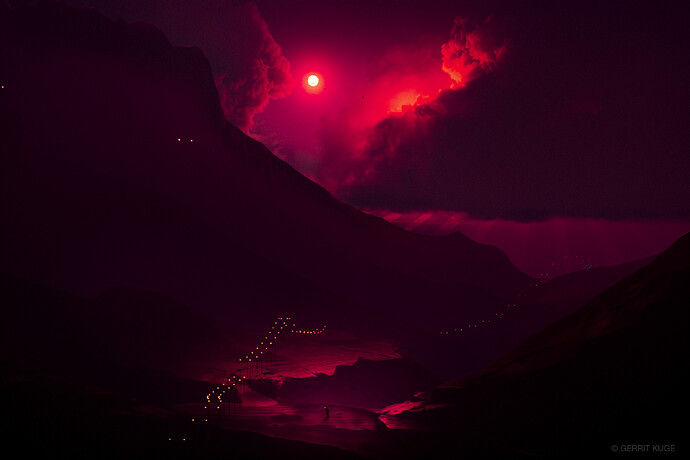 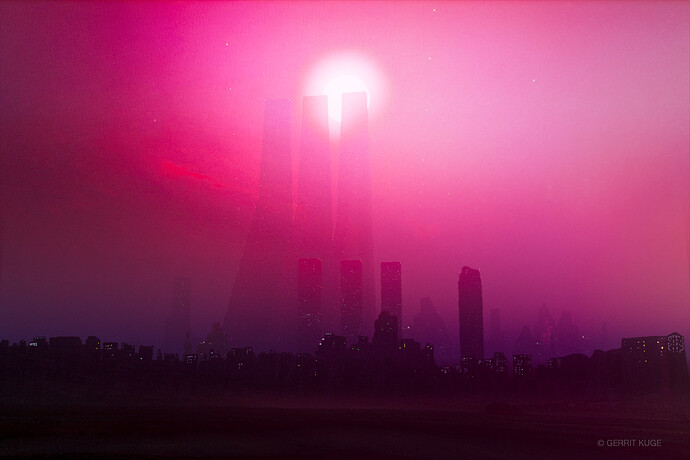 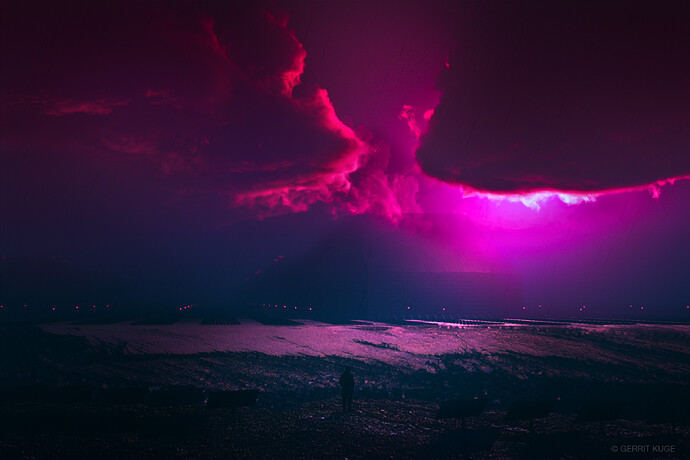 These are some still-frames from my 29 minute animation-short called “BACKUP”, which I wrote and directed the last two years. I also did all the environment work and compositing, while the characters and their animations (not seen in these stills) were done by my dear friend Victor van Wetten.

Below you can watch my short breakdown video of some of these shots. I used Blender in combination with After Effects, working in ACEScg to ensure color-stability throughout the production pipeline, from the first 3D render until the final Grade in Davinci and the DCP Mastering.
For all of the textures I used the AI Artbreeder to generate stylized textures from personal photos or recombine existing pictures with the AI. EBsynth was also intensely used to achieve a lot of morphing effects in the film, that I might do a future video on.

BACKUP is set in a world that is irredeemably doomed. Here’s the short synopsis:
The sun has collapsed. Humanity has 8 minutes left, then earth will be wiped out. The last few survivors have fled into the world of digital dreams, the Dream Machine. The machine delays the inevitable: inside the last 8 minutes are being stretched to 12000 years.

Lena and David were teenagers when they arrived in the Dream Machine.
For thousands of years now they have not aged and waited. Waited for the end and are asking themselves: When everything ends anyhow, what is still important?

If that sparks some interested in the film, I’ll be posting more of it soon, mostly on my Instagram. Or if you would like to get in thouch directly, you can write me to gerrit.kuge[at]gmx[.]de

The film is being send to film festivals, and we’re waiting for it to premiere somewhere. So I unfortunately can’t share the whole thing just yet! (although I would like to!)