Driven IPOs driving too much! ;-)

I have an airplane. Not a great looking one, mind you, but it’s mine and I like it. I’ve added an armature outside of the plane that I’m using as the driver. The plane itself has been separated into parts. The control surfaces of the plane (the ailerons, rudder, elevators) have been separated from the main mesh - the fuselage - and parented to it. You’ll be able to see what I’m talking about from the pics I’ve attached.

Why and/or how would the rest of the plane parts be linked to the aileron’s rotkey? 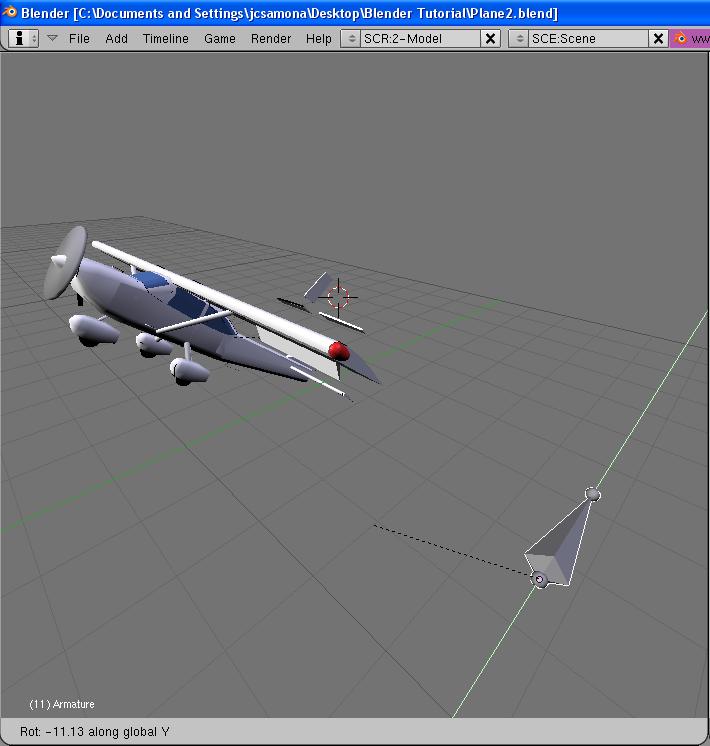 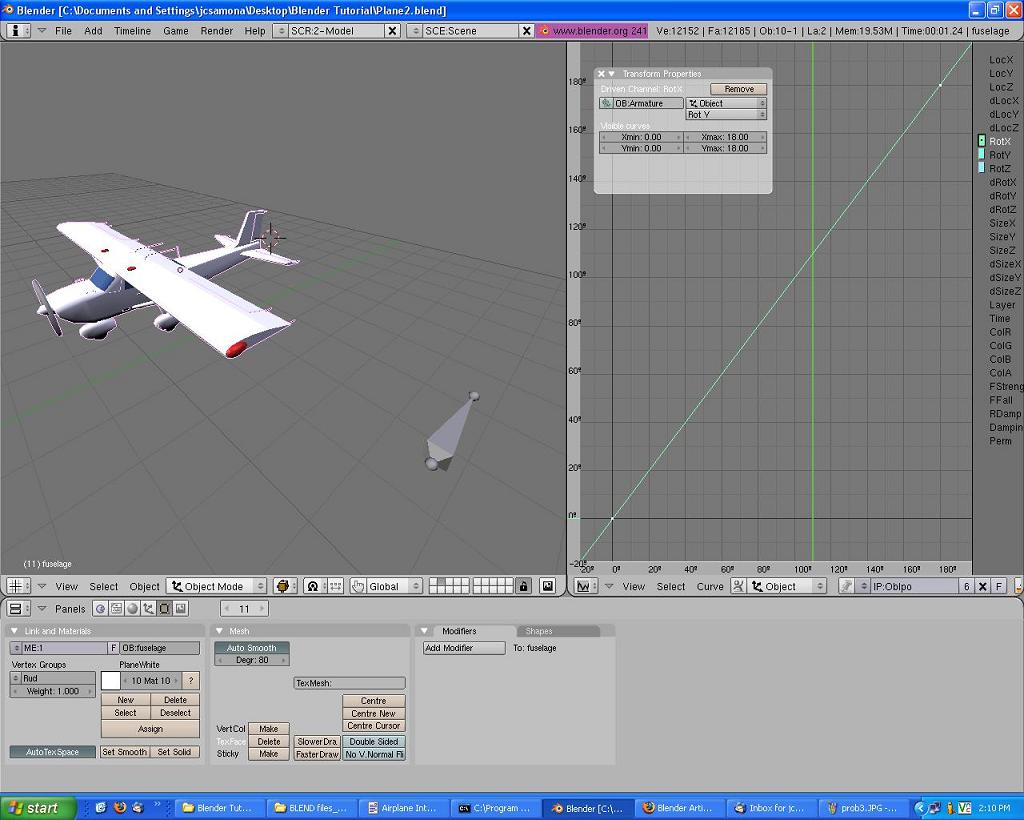 They’re all using the same IPO data - press the box in the IPO window that has a number in it (the number of objects using that IPO data) and a new, unlinked copy will be created. Do that for all of the objects and they SHOULD be unlinked (if I’ve got the right end of the stick!

Yep, that’s it exactly. I didn’t realize you could link that, though now that I think about it, it makes perfect sense. Although how did I manage to link those is another question entirely…

Kick me for not seeing it :mad: LOL, thanks a lot for the quick help!

It happens automatically, I believe. However, if you want it NOT to happen automatically, then there’s an option in the user preferences to create a new IPO when you duplicate something. If you set your default B.blend to have this option on, then you won’t have the problem again!

This is why they were sharing the IPO data, the control surfaces and wing were originally parts of the same object.

This looks like a good setup, nice to see the project progressing.

This is why they were sharing the IPO data, the control surfaces and wing were originally parts of the same object.

So I must have added the rot key before I separated the control surfaces from the fuselage.

This looks like a good setup, nice to see the project progressing.

Thanks! And it’s mainly thanks to all the help I’ve been getting along the way. So…thanks!

I don’t have much of a direction for the rest of this. My boss has me creating a manual for a new hire that will replicate all the steps up to where I’m at now. Once I finish that I may release parts of it to help others…

We’ll see – right now I’m just happy to fix this problem and looking forward to getting this plane in the air.

So I must have added the rot key before I separated the control surfaces from the fuselage.

No, that doesn’t have to be the case! Because they are sharing the same bit of data, any change you make to one IPO will change the other, even once they are separate objects.

I’m just attempting to clarify this because I know how long it took me to work this out! Better to know now…