So I’m making this window, and I set a picture of a sky to ‘refl’. Now I get this: 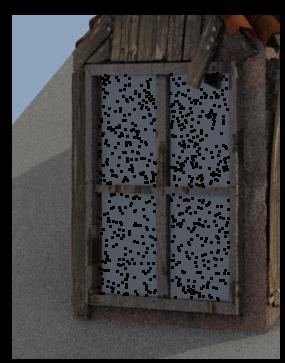 lol! , I think u should use col instead, because afaik refl is in regards to reflectivity, thus some parts of the window reflect well and someparts don’t. Remember, no light is black, so the parts that aren’t reflecting are the black splotches…
good luck

I’m not quite sure what you mean, but since you wrote “Refl” instead of “Ref” I think you mean you’re talking about the Map Input Panel. In that case, don’t use Image texture, but use Envmap instead. To get it to work properly, you have to set an object (empty works well) in the Ob: field in the Envmap Panel that is opposite the camera on all axes.