Dynamic rotation of a camera to view objects

Somehow I need to create a smooth movement between the camera being behind the character to it going face on with the plane.

The first thing I tried was creating a pydriver, when the character collided with the plane, the camera rotated to the same rotation of the plane, however it was literally a quick flip. I need to somehow create a smooth motion between the two. If you’re familiar with Flash, I need to create a motion tween.

Has anybody got any ideas of how I could achieve this?
Thanks,
Will

You want to see the video and the character at the same time? So the plane is like a videoscreen?

Yeah that’s the concept. When the character collides with the plane, the camera should pan around to view the video playing on the plane.

What I do in this situations is following (uses Python code):

now have one camera that you are looking through (activeCamera)
…
I’m to lazy to explain this… append the objects Parent and Mover from this quick and dirty file:

Switch camera demo.blend (44.2 KB)
These are not cameras as the name suggested, but the object type does not really care here.

Set the property target according to your needs.
I hope it helps
Monster

That is perfect!
Thanks for your help.

I have tried to replicate what you have done in a new project so I can understand what you have done so I can add it to my project, but I’ve hit a problem.
When I move to the new position, it suddenly jumps from one position to the other, so I don’t get the nice movement which is in your example project.

I have looked through and as far as I can see there is no difference between the two projects (apart from I’ve added one less cube, but that shouldn’t effect it right?)

If you have a moment, would you be able to look at my attempt to see what I’m doing wrong? No doubt it is something really simple that I’ve missed out, but I just can’t see it at the moment.

but let me check… 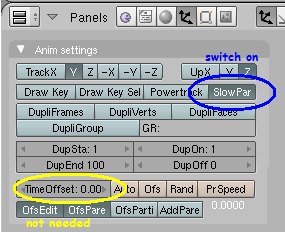 Amazing, thanks Monster! The slow parent button is quite hidden.