Alright…This is my first submission in here. It’s a ‘Blade Runner’ inspired render…an updated render for my Reddit monthly competition entry last month. Overall it took around 4 weeks to finish.

Done completely in Blender, rendered in Cycles (1500 sample). Render time was around 4:30 hours on CPU. 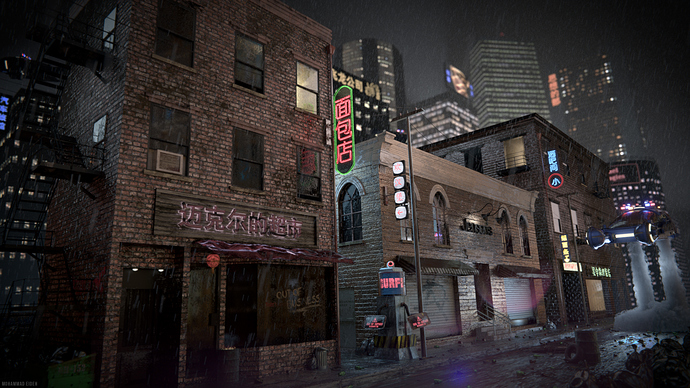 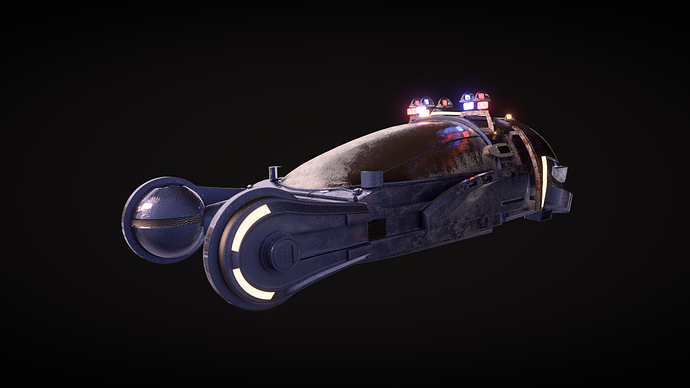 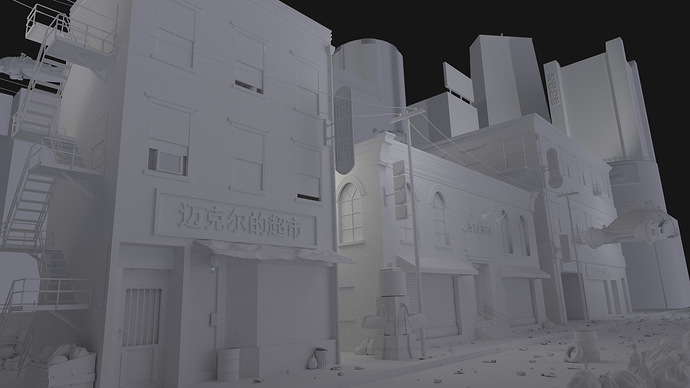 Really impressive scene. I like the fire escape you added to the building in the forground. Overall the scene is really textured well and nicely composited.

The only critique I would have, is it seems like the smoke coming from the car is too thick and heavy.

But a really nice job on this.

You’re right about the smoke being too thick. In terms of density it’s not too far of the movie’s police car smoke, but the starting point of the smoke should’ve been thinner.

bladerunner is the best sci-fi movie, ever, imo

nice scene! a couple of tiny observations - middle building, with the arched windows: two of the arches appear to be flush with the brick in the render, but not in the model. looks odd. the trashcan on the sidewalk looks really small. the neon signage looks great - i would put way more of them into the scene to get the Bladerunner look.

I like this alot, very cool scene. I agree with the smoke. Since you are using Cycles, you might be able to cut the render times if you pre-render the smoke and composite it. Then you can use the GPU and you might get a faster render time.

Thanks for the input guys.

learning3d,
Blender kept crashing whenever I tried rendering on my GPU (780 Ti). It showed a ‘NVIDIA OpenGL driver lost connection with the display driver’ which according to the Blender Wiki happens during heavy scenes. Reducing the tile size didn’t help either.

PS. I’ve added a Police Spinner closeup render. I feel it wasn’t given enough justice in the final render.