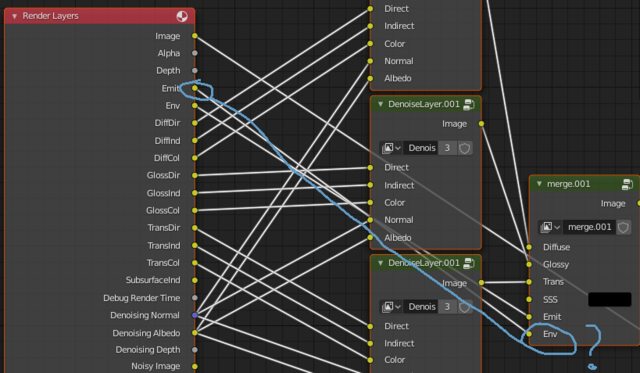 This group node is just adding passes together, so it gives the same result, but I’ll fix it to make it look more clean. Thanks for the report. Très joli dessin au fait

Sorry for the late answer!

Optical vignetting doesn’t just make the corner of the image darker (which can easily be done in compositing), it also changes the shape of your bokeh as it gets closer to the edges of the image. This is what gives a cat’s eye / swirly look to bokeh: 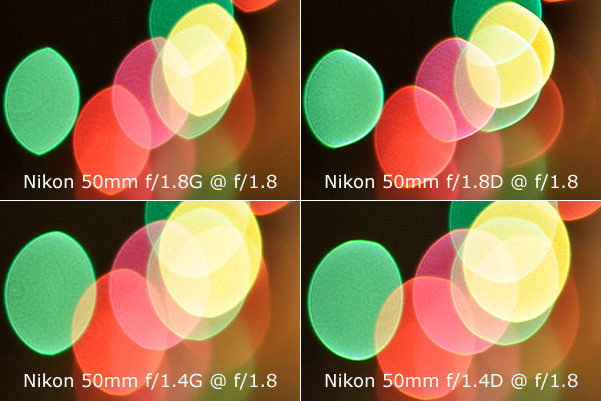 Yes, you “can” get optical vignetting by modeling the lens in front of the camera, but it’s hard to control and time consuming.

The second thing is the colored bokeh texture. It allows to create more realistic chromatic aberration than in compositing, as it exaggerates the aberration in the parts that are out of focus. In compositing, unless you do your DOF using you Z-depth in there (which I wouldn’t recommend in this day and age), chromatic aberration usually just consists of blurring / offsetting the different color channels, from the center of the image. It doesn’t take depth of field into account.
http://bertrand-benoit.com/blog/wonky-bokeh/
You can get the shapes by modeling it in front of the lens, and I assume that you could get the coloration of the bokeh by having three offset colored shapes in front of the camera. But again, that’s not user friendly. Here was a patch to support bokeh texture that never got into Master: https://developer.blender.org/D1691

However, this isn’t enough as you would get the same bokeh coloration independent of the position to the focal plane. This is where longitudinal chromatic aberration becomes important.
This isn’t something that isn’t really supported by many render engines, but this adds a lot of realism to images. Fringing doesn’t have the same tint depending if it’s in front or behind the focal plane. 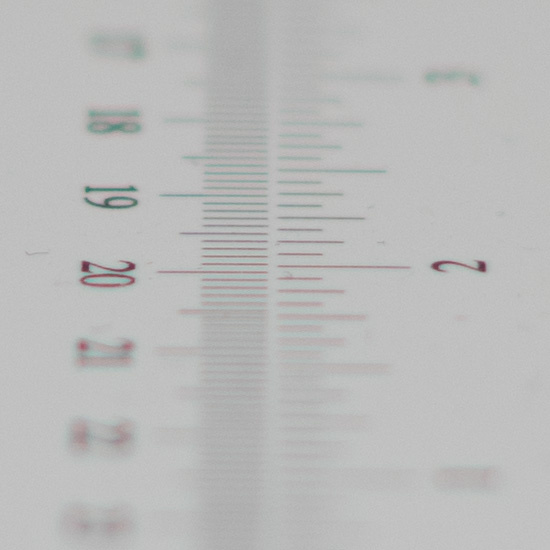 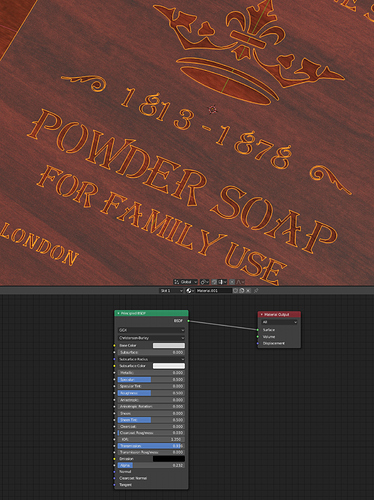 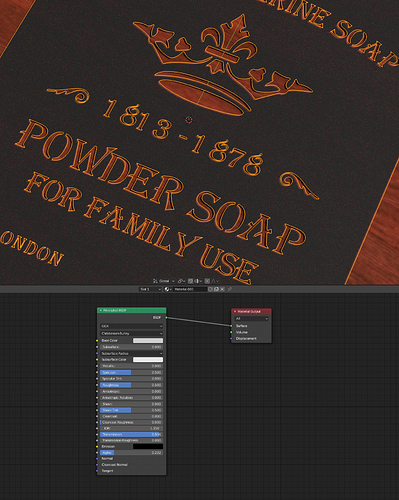 Is the preset somehow affecting how alpha in principled shader is displayed?

Hi,
I guess you was using the 0516 build? There was a bug with alpha on principled in viewport that I fixed in the latest builds. I could maybe back-port it to 0516 if necessary.

Hi,
I’ll add it to my to do, but it may take some time. I remember there was a real camera add-on. How much of what you want is done by this add-on already if any?

None of this is done with that add-on, it only adds camera exposure controls and autofocus (also supported with more controls in my add-on Photographer)

These features really are rendering features that can’t be added only with add-ons.
Thank you for considering it at least

As requested with some frames more, critics are welcome:

I’m using the wisp fire shader in this case. I’ll try to make a compilation of reference benchmark files to monitor the render speed in different scenarios. If you have suggestions or blends to submit, you can PM me

New builds are available for all platforms.

Freaking inferno! Good examples with lots of different aspects of smoke and fire in one simulation.

ROA (Random Object Array) addon has just been released for 2.8! I know off topic but I see it was mentioned on here at some point:grinning

As all other Linux users reported that it’s now working, I was hopping Debian would also. I’ll continue to investigate why the June update has issues with Debian 9.

thanks for the report, it looks like a problem for Intel. Not the first time I get a problem with TBB…

Maybe it only likes Intel CPUs…especially since the new AMD announcements (o;

Intel lost several courts in the past for slowing down programs on AMD processors for no technical reason. But if it was the case here, I guess it would do the same on all distros. I think it’s just that TBB is picky, not the first time I get issues with it. I updated it to the latest version some weeks ago, I’ll try to revert to a 2018 version and report.

A question about Barista integration. Do you know if its as simple as selecting it as a dropdown in their options or does it require a custom setup? I know its not your product but I wanted to make sure I am able to use it with E-Cycles!

Well it is interesting that all started at the same company…and some people founded a new company integrated electronics (Intel ;o)…just one of the old employees they didn’t like…so he founded AMD (o;