Hello all, some of you may remember me from when i was posting up questions in december. well i’m back again, only this time with another project known as Eagle Born. The game models are going to be made in blender, however the actual game will be put together in unity game engine.
Gameplay: the gameplay is basically to fly missions from WWII, MiG Alley and korean War, Vietnam War, the Gulf War, and a “what if terrorists had jets” kind of scenario. There isn’t really a story however you can get like actual medals, flying cross, service stars, promotions, title of ace, etc.

Flight Controls: The flight controls are going to be optional between mouse and keyboard or both. As for joystick i personally do not have one so

Flight Model: I think it is unfortunately more on the arcade side however there will be stalling with the game modes which i will explain in game modes

MMO: yes there will be MMO and this where it gets very interesting, MMO modes are listed
Basis: MMO will use the planes and skins you unlock during all of the campaigns (basically you have to play through the five campaigns to unlock all of the airplanes and skins.
Game Types: game types will be Co-op missions in any of the wars, there is obviously dogfights (Free for all or team, Any aircraft can be used) Objectives (alias protect the base or protect the fleet of bombers or protect this objective etc.) and this will constantly be added on to

Soundtrack: there is a custom soundtrack in the works that i am working on as we speak i am trying to make it original and fit the different campaign periods

Planes: the planes used will be ranged between WWII and Modern Day from Russia(vietnam, korean, gulf war, & terrorist) Germany(WWII) Japan (WWII) United States (WWII, Vietnam, Korean, Gulf War, terrorist) and that’s pretty much all i can think of

So quite obviously i do have a game plan. Stay tuned! 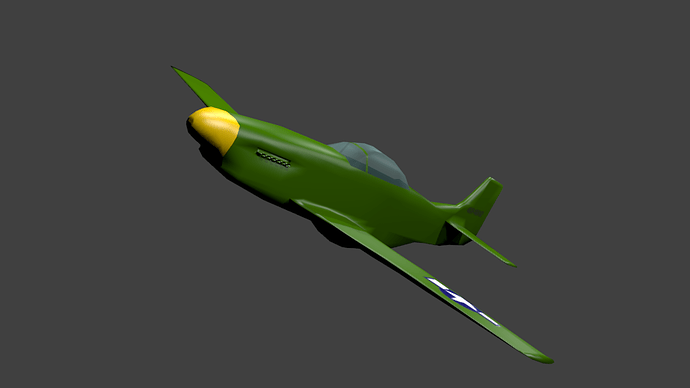 The model looks fairly nice. I wish you luck with your project.

However, maybe it’s just me, but I’m sick and tired of everyone making either an FPS/war game or a ridiculously ambitious MMO. Hopefully your game will have something innovative that will make it stand out.

However, maybe it’s just me, but I’m sick and tired of everyone making either an FPS/war game or a ridiculously ambitious MMO.

Don’t worry, it isn’t just you.

i hear you guys. but yea i sort of know about the war game popularity so just for a little bit of a “behind the scenes” maybe a race between a F-14 Tomcat and a P-51D Mustang as one of the multiplayer modes will “wet your appetite”?

However, maybe it’s just me, but I’m sick and tired of everyone making either an FPS/war game or a ridiculously ambitious MMO. Hopefully your game will have something innovative that will make it stand out.

Agreed. However, I think the idea of airplanes adds a new dimension. Let me offer some humble advice. Don’t worry about the MMO part. Start small, I beg you.

well the MMO part is a LONG way away, a LONG way. the beta is only going to be like some basic missions and it’ll be added on over time, kind of like an iphone game so to speak 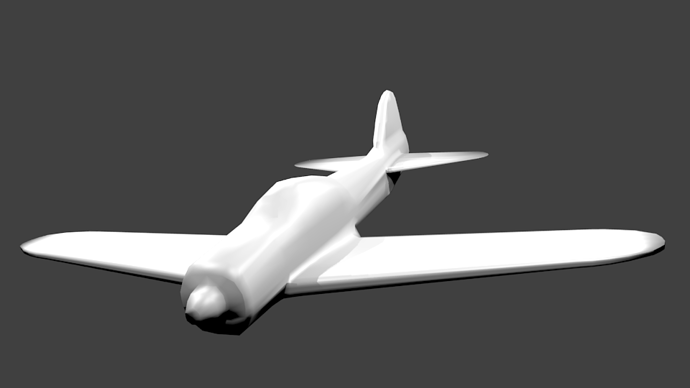 A6M Zero: The Pride of the Japanese Air Force 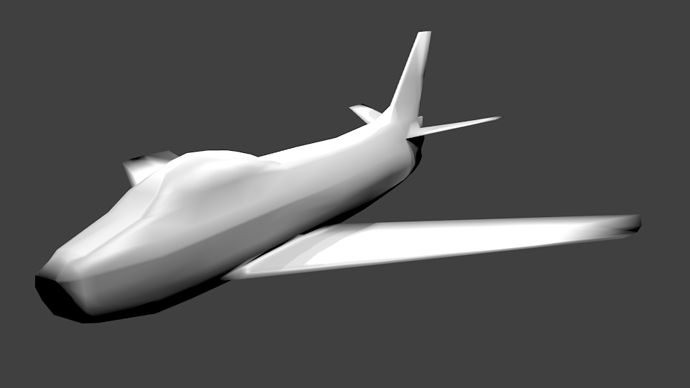 That’s right, as well as WWII and the Gulf War, the Korean War will also be playable in this game, including the infamous MiG Alley. Stay tuned forr updates! 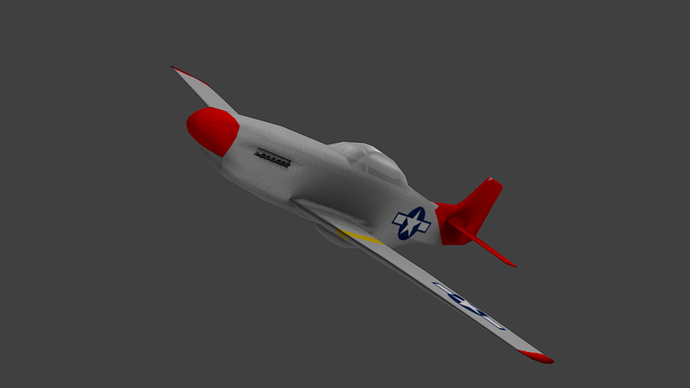 My tribute to the tuskegee airmen: this will be an availible skin for the P-51D 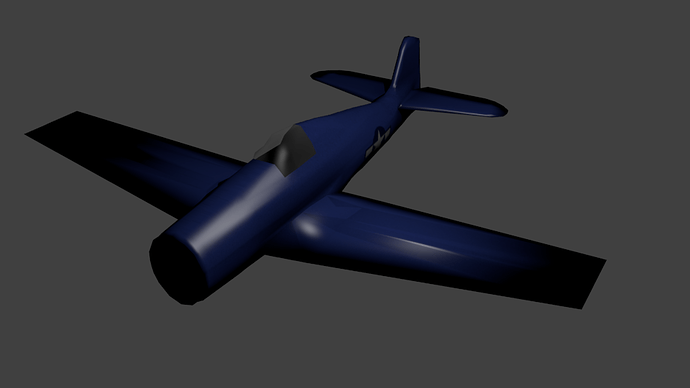 The WWII Battle goes to sea with the F6F Hellcat. 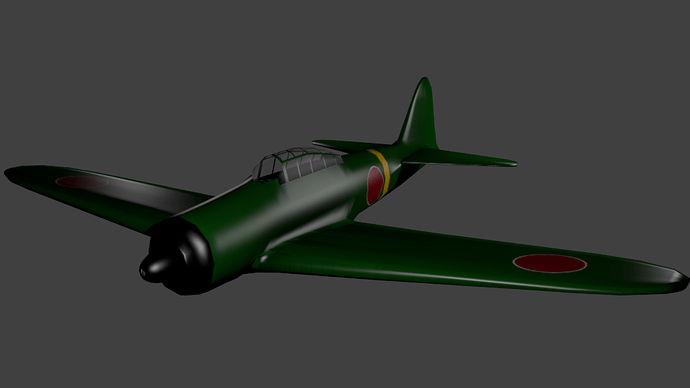 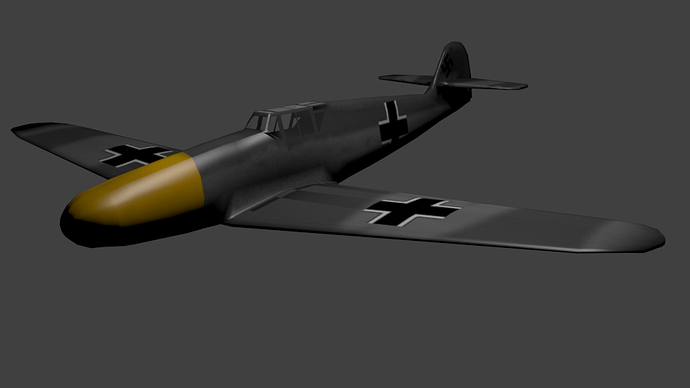 Here is the update of the A6M Mitsubishi Zero & the new BF-109. The zero has 1113 vertices and the 109 has 1230 vertices.
i hope that’s small enough for a decent game engine. Like the texturing? it’s my first time. not bad for a noob huh?

Hi guys, forgot to mention this earlier but if you would like to help in the project with game art, logos, normal maps, and soundtrack, shoot me a message and a example of your previous work and we’ll chat. Hope to hear from you guys soon 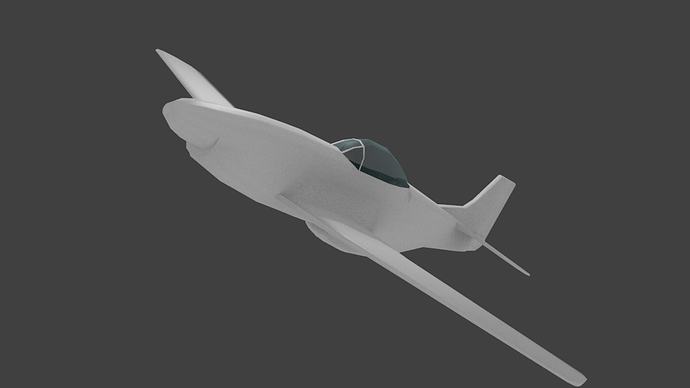 brand new and improved P-51 Mustang. Rebuilt the mesh from the ground up

what do you think of it so far?

hi guys, don’t fret the project is still in operation but it has been put on a halt due to school nd stuff however i think i might just be shifting gears and staying with WWII for right now, jets are difficult to model :S

As cool as these models are, do you have any actual gameplay?
Here’s some friendly advice, Having a bunch of airplane models and no life in them(AKA logic) won’t make a game.

You should start on the gameplay.

that is true, i like to get my models out of the way so then all thats left to do is insert and get to work ya know? i find it makes a little more sense to do that, true it takes longer but i also think that if i go any other way i’m sol. thanks for the tip though

and speaking of models: 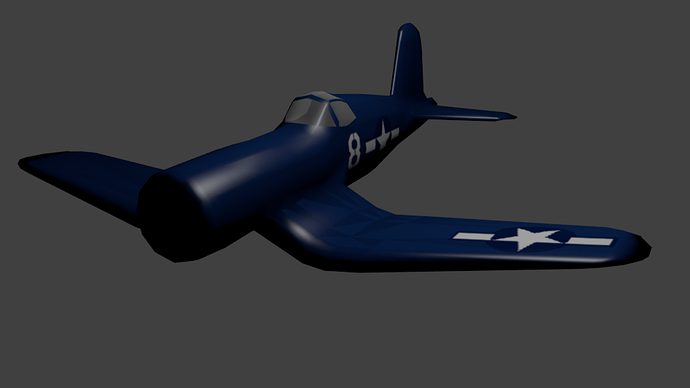 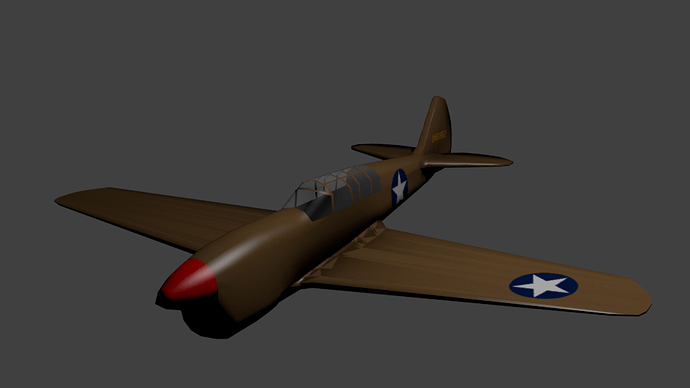 P-40 Warhawk, sort of the P-51D’s right hand man during WWII in all theatres. 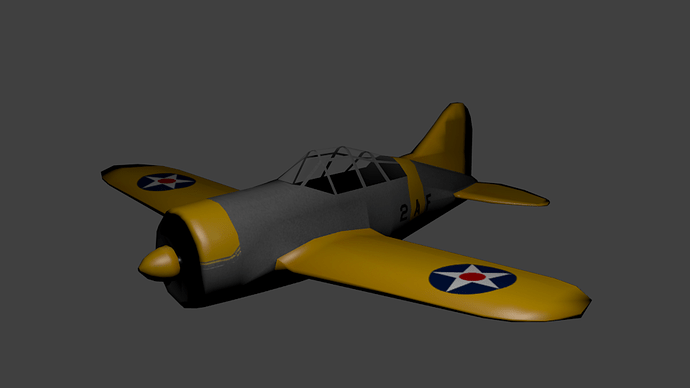 it can’t be a game with a WWII story without the F2A buffalo, it’s so small and so cute, but it’s so deadly :D, however 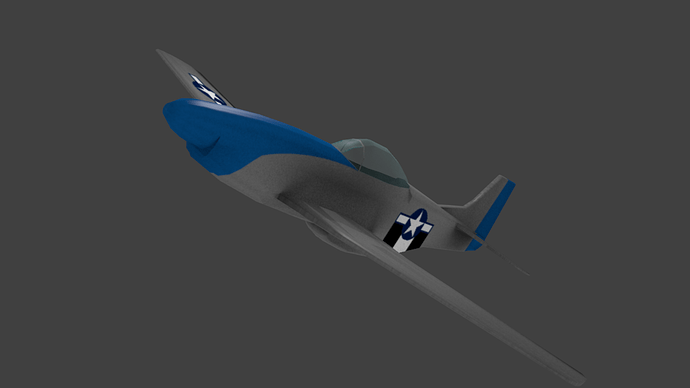 never mess with a blue nosed bastard from bodney :RocknRoll: 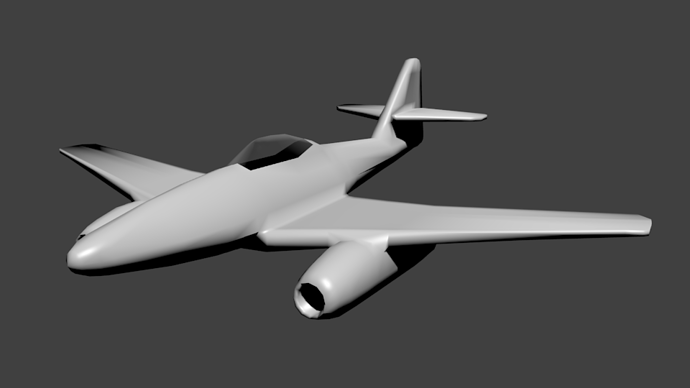 Hitler’s best invention, too bad he didn’t think before he went from buyer to shopper for more stuff for this impressive feat of engineering.

here is the logo. what do you think?