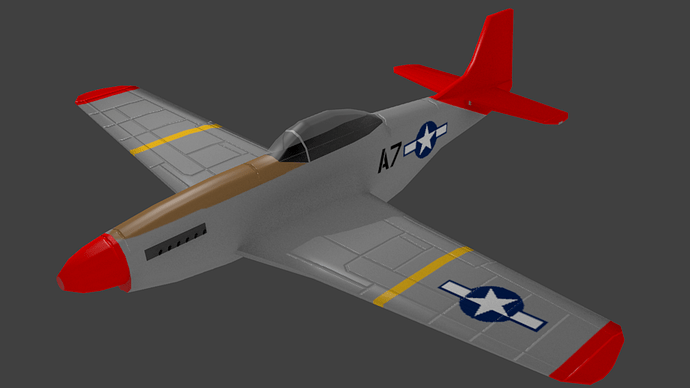 So much better. The style is really coming through, looks great.

I must agree with Sonic14.
It seems your doing it upside-down, since there are many important issues to think first before the plane models or logo.

You should write down all what you want have and then think what you would need to get there.

i should have thrown that in the first post my bad.

Gameplay: the gameplay is basically to fly missions from WWII, MiG Alley and korean War, Vietnam War, the Gulf War, and a “what if terrorists had jets” kind of scenario. There isn’t really a story however you can get like actual medals, flying cross, service stars, promotions, title of ace, etc.

Flight Controls: The flight controls are going to be optional between mouse and keyboard or both. As for joystick i personally do not have one so

Flight Model: I think it is unfortunately more on the arcade side however there will be stalling with the game modes which i will explain in game modes

MMO: yes there will be MMO and this where it gets very interesting, MMO modes are listed
Basis: MMO will use the planes and skins you unlock during all of the campaigns (basically you have to play through the five campaigns to unlock all of the airplanes and skins.
Game Types: game types will be Co-op missions in any of the wars, there is obviously dogfights (Free for all or team, Any aircraft can be used) Objectives (alias protect the base or protect the fleet of bombers or protect this objective etc.) and this will constantly be added on to

Soundtrack: there is a custom soundtrack in the works that i am working on as we speak i am trying to make it original and fit the different campaign periods

Planes: the planes used will be ranged between WWII and Modern Day from Russia(vietnam, korean, gulf war, & terrorist) Germany(WWII) Japan (WWII) United States (WWII, Vietnam, Korean, Gulf War, terrorist) and that’s pretty much all i can think of

So quite obviously i do have a game plan. this post will be put up at the front door of the thread. again i apologise for the fact i didn’t put it up there in the first place. Stay tuned! 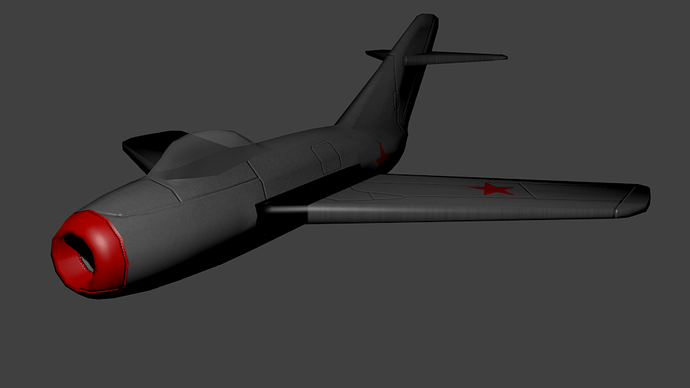 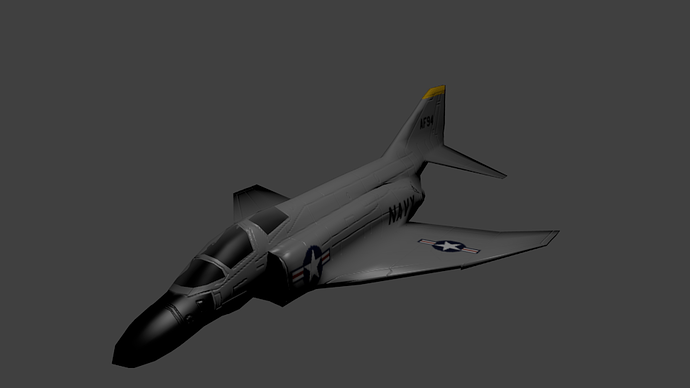 F-4 Phantom.png960×540 52.5 KB
there’s a phantom about. scary thought. sorry about the bump mapping though, it didn’t turn out well at all, neither did the ambient occlusion. it’s a little better now but i still don’t like how the textures came out 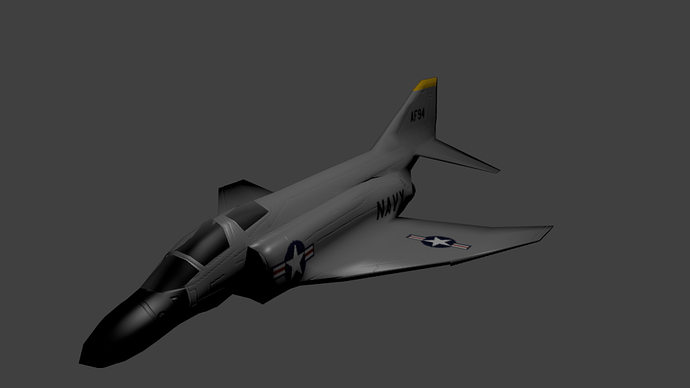 The japs are coming! 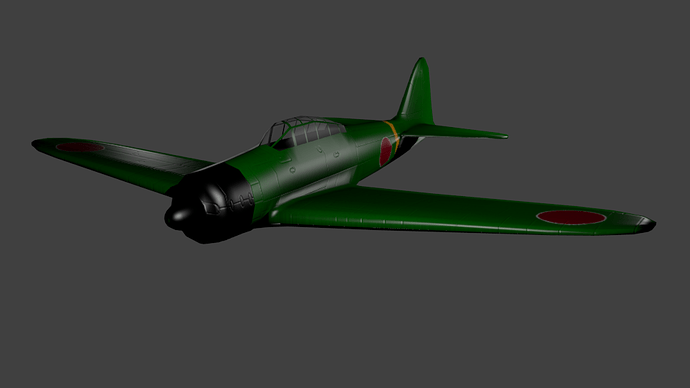 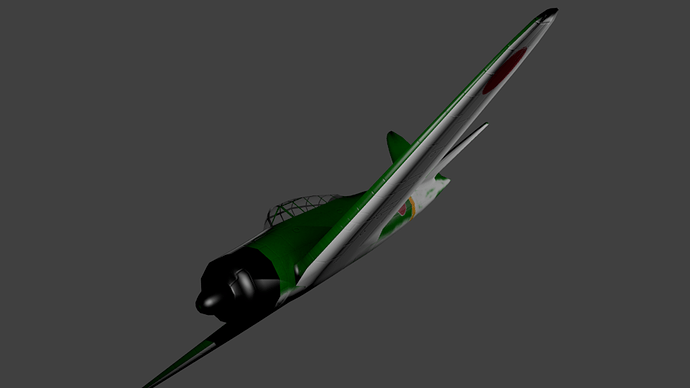 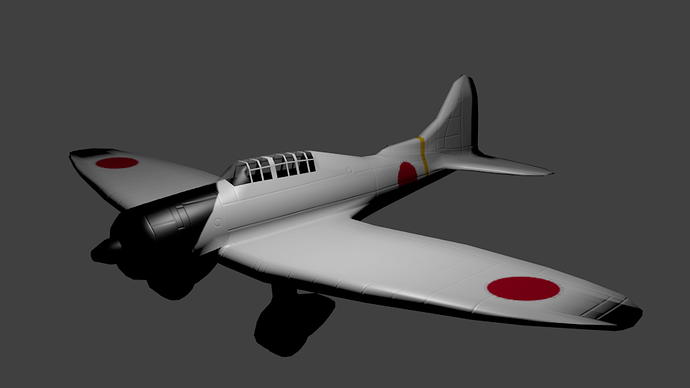 D3A2 Val, one of the dive bombers of pearl harbor

many thanks lax, but unfortunately the game is far from finished, still alot of modeling to do 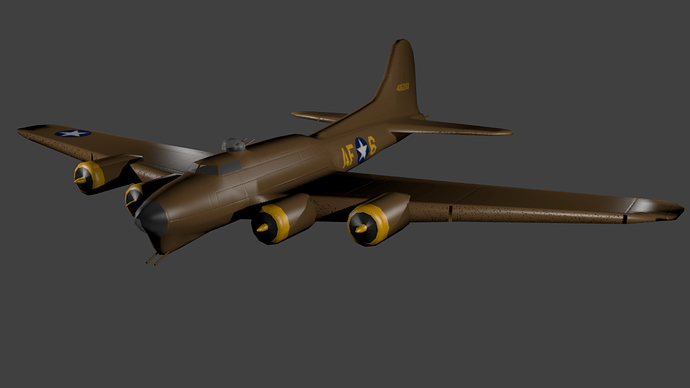 Gotta protect the heavys…great (yep, this will be involved in a few of the WWII campaign missions) 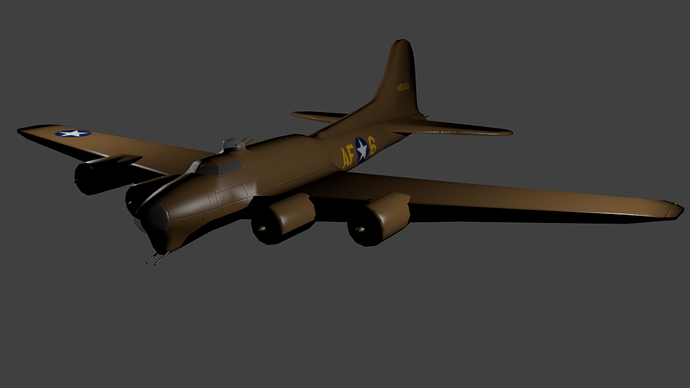 All of your models are great, but textures are too clean. Throw some appropriate stencils here and there. Maybe also lower spec - now they look too plasticy.
The B-17 first picture has some nasty dots at front wing edge. Lighting problem? I like the rate at which you’re producing planes

By the way shall we see some flak cannons (and other ground based goodies) in action or it is just aerial?

all will be revealed in due time

I like the clean style actually. I suspect you weren’t going for an ultra realistic fighter simulation, and the style helps to differentiate you from other games. Keep with it, it would allow for easier environments and maps later. 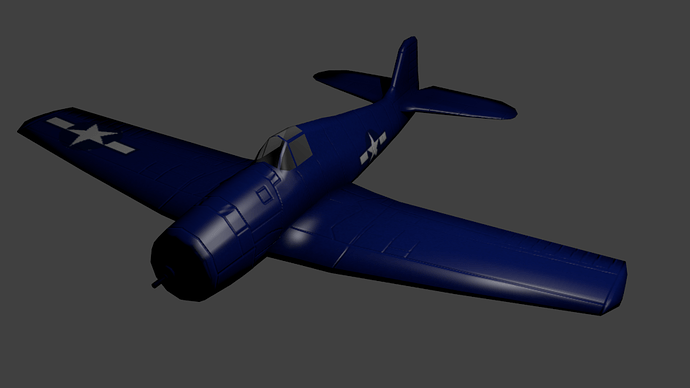 F6F Hellcat, Guardian Angel of the sea during WWII

I like your models and the logo looks great, but you need to work on spec - the models would look way better with normal maps and more controlled shading

thanks for the comments

also there is bump mapping if you look closely enough, there are no rivets…yet. I would like to get all of themodelling done first before actually going back and looking at it in a way of saying “ok here is what i have right now how can i make it better” anyway, thanks again 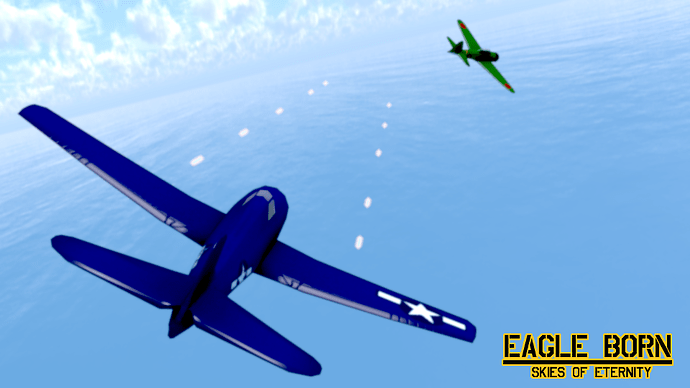 enjoy, thanks for supporting eagle born.