I always found food to be a rather baffling topic, so I decided to delve straight in and attempt to make realistic bread.

I photographed the bread textures myself, then modelled, textured, and lit the scene using Blender and rendered it with Cycles. Minor post processing with Magic Bullet Looks.

I also made a tutorial here:
http://www.blenderguru.com/videos/how-to-create-realistic-bread/

Please feel free to give your honest critiques Amazing! But whats that thing at the bottom left corner? I would get rid of it.

Cool. I think the butter is a little too consistently smooth. Also the bread face texture looks somewhat ‘textury’ if that’s a word.

did you shoot that texture with the lighting you used in the render in mind?

Thats why the butter stands out so much,its too simple in comparison.

but wow,what an image congrats!

Amazingly done. One of the best renders I have seen. Reminds me of Bertrand Benoit’s bread render

The crust of the cutted off slice looks like icing, nothing else was wrong with it at first sight. Maybe the compositing is a bit weird, 4 breads with two yars of marmalade, now thats a breakfast (:

I don’t know, have a look Andrew 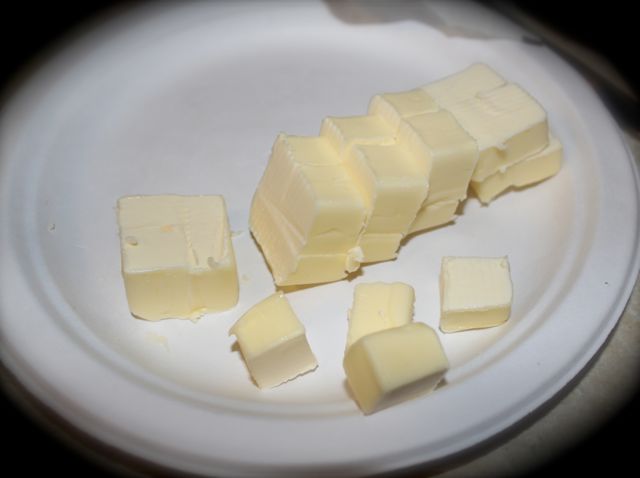 I don’t know, have a look Andrew

My butter tends to soften in direct sunlight. I think it is believable.

Looks delicious!.. I remember seeing some WIP render you posted awhile ago, and at the time, the inside of the bread looked spot on, but the outside seemed off. But you really got both parts looking great now. I’ll look forward to watching the tutorial

Hi andrew. Just have watched the tut and I like it a lot. And Yes, you seem of a tiny bit.
Thank you so much for your tutorials and the other stuff you have done for us all over the years.
And the result here is just amazing. The lighting and atmosphere just made my morning.
Cheers…

I know! Tell me about it.
The butter was almost harder to get right than the bread. I went through so many variations before finishing with the semi-melted look. But I think now when I see it, it reminds me of cheese.

I almost want to do a competition solely on butter, just to see if anyone can crack this dastardly beast.

Just have watched the tut and I like it a lot. And Yes, you seem of a tiny bit.

Thank you sir, but a tiny bit of what?

Thank you sir, but a tiny bit of what?

Sorry, I mean “off”. You mentioned it. You just get up after the nap on your couch,… I know that feeling very well. Fallin asleep in front of my computer or on the couch next to it, and when I wake up I literally have no idea and I´m off for at least half an hour.
Still superfine tutorial btw…:othanks

Very Cool! I think some steam coming off the bread would add to the feel a lot.

It’s an honour to put some critiques on your post andrew…but there is no comment from me,everthing just amazing!

Damn, I was coming on to post a photo of my recent work which only took me 4 hours to do, but it was my first thing I’ve been able to do by myself with just a reference image (and thus I was very excited and happy with making it)… Then I saw this and decided maybe I wasn’t as good as I thought yet haha. Very nice work.

Competition on butter would be very weird wouldn’t it.