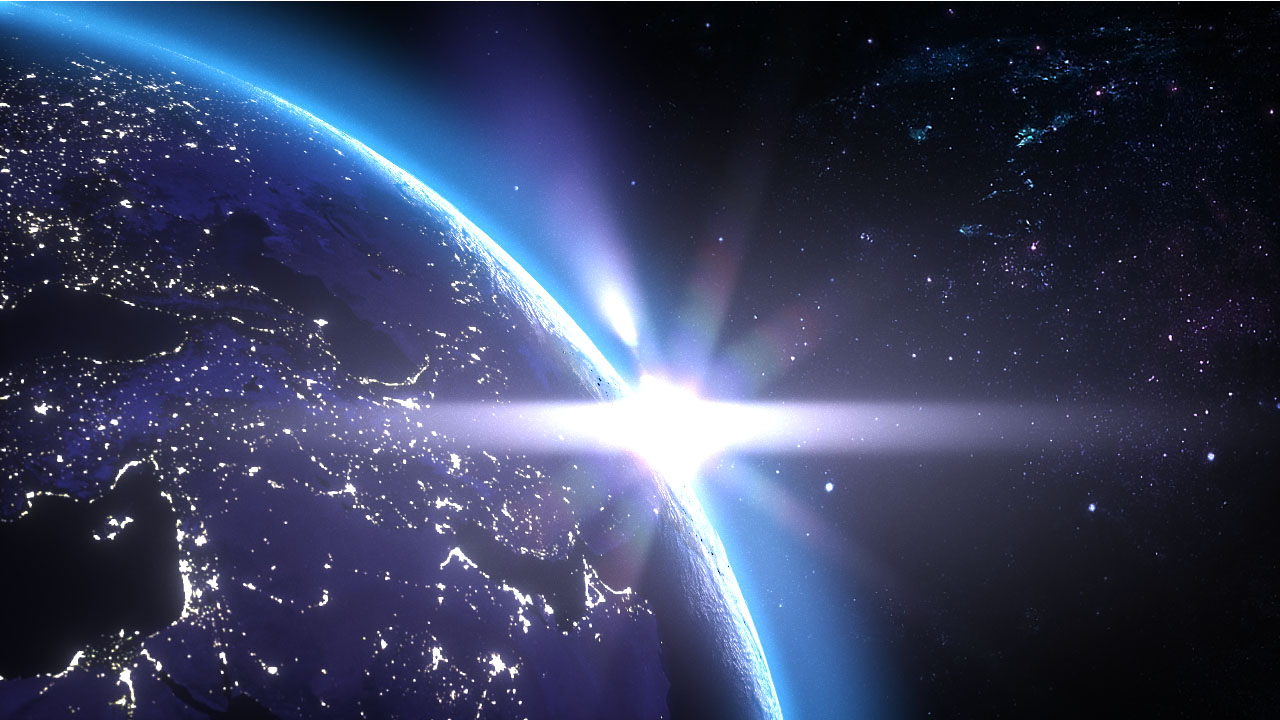 Hello everyone, I’ve just finished my latest project. The still above is the final frame in a 30 second cinematic animation of the Earth.

This was rendered in cycles, but was made in roughly the same way as taught by Andrew Price in his earth tutorial from years ago which used the internal engine.

There are of course many differences though, as one essential part of his tutorial relied on something cycles couldn’t properly do which was making a shadow mask on the material itself. To get around this, I used the shadow pass in the compositor to composite two earth objects together. One had the day material (diffuse, gloss, displacement) and the other had the night material (emission and displacement). Although pretty much everything you see in the still and the video is the dark side of the earth, there is a bit of daylight on the edge.

This very early render from when I was experimenting with the lens flare should give you a better idea of how it looks: 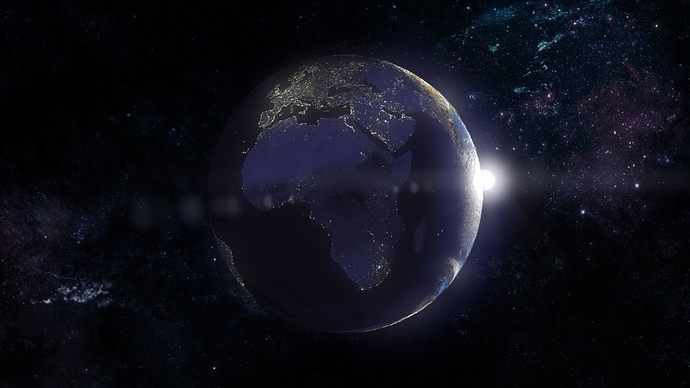 The clouds (though barely visible) were present on both the day and night render layers.

The atmosphere and glow of the earth were on it’s on separate layer (seen in the video breakdown). Using a directional blue and some fast Gaussian, I was able to get a really nice glow. My original idea was to use volumetric lighting, but it didn’t fade out to the sides as nicely and caused a whole host of problems in other areas so I decided to do it all in the compositor.

The lens flare is from a sphere with a white emission shader with the strength of 1.00. I used glare nodes and blur nodes in the compositor to make a nice lens flare effect.

This is what the node tree looked like in the end: 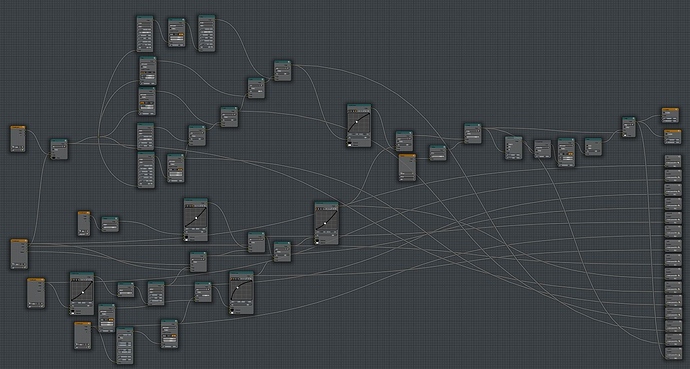 The starry background is just a nice, HD space picture I found online somewhere probably over a year ago. I do not remember where I got it from unfortunately. The earth textures were taken from Andrew Price’s tutorial, although I believe he took them from NASA.

With a bit of colour correction in some places, it made all these assets work quite harmoniously together which is what I was after.

If you have any questions or would like screenshots of more node set-ups or anything else like that, feel free to ask. I’ll check back on this thread regularly to respond to anything.