Happy Springtime everyone! Thanks for your comments while it was WIP, i think the end result is much better than the start. Actually, it’s entirely different, so maybe I’ll go back to the original and take that fork in the road and see where it leads. But for now, here’s a happy springtime kinda thing. This is the end of a 12 second animation. 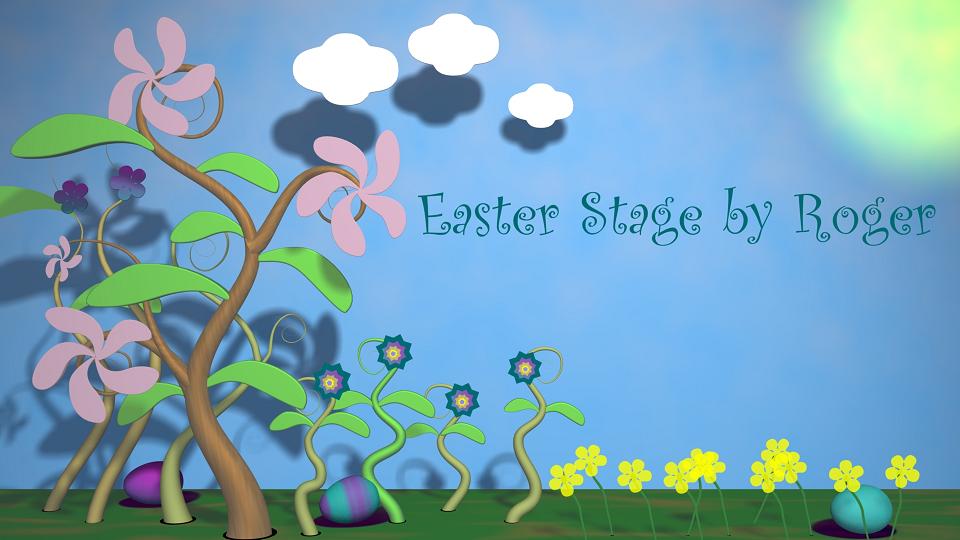 This looks nice, but are the shadows under the eggs intentionally different from the rest? I think it would look nicer if they matched the ones in the rest of the scene, or at least if they were softer, and with their shadow-casting lamp not placed right above them (looks like they’re floating over holes, unless that’s what they are).

Also, the sun (if that’s what that is) is looking a bit greenish. Oh, and less JPEG compression, please

You got me, Friday 13th. /HD render abort// The buffer shadow issue got me so PO’ed yesterday that I just stuck some heavy shadow spots over each egg and did NOT see a floating egg so I was happy. But you’re right, the angle didn’t match and it was too dark. So I changed them to negative layer lights and matched the angle from the key light. How’s this? 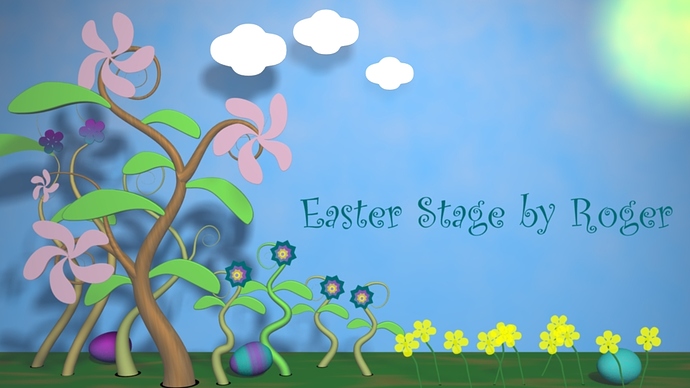 Not bad! Not at all! Very fun(mind linking to the animation?), nice pastel colors.

sure. just scaling for now (anim is still a wip): http://uploader.polorix.net//files/152/blender/Easter-Fleurs.mp4 will be spinning the flowers, maybe moving stems,etc.

I love that! Maybe if you controlled the growing with curves or something, instead of simpliy scaling them up. Smooth animations, I really like it.