EdgeTown - A Race Map for a UDK Game

Hey,
after a bunch of smaller projects I decided to do something big (and right about now I’m starting to wonder if this is too big :p).

I thought this might be worth posting here, though progress will definitely be slow for the sheer scale of things, and the amount of detail I’m thinking of putting here.

So I’m creating this sci-fi city, maybe a bit cyberpunk, but I’m not aiming for any particular genre. Deus Ex: Human Revolution, Bioshock, Blade Runner and Mirror’s Edge serve as inspiration, so… let’s see how this’ll turn out.

This is very much a wip still, and though I’ve already textured some of this stuff, I’ll probably do it all over again later because I’m aiming for better quality and want to have textures that are consistent and fit the mood of the whole city.
The topology isn’t all that great on all parts either, but I’ll fix that as I go. (though it isn’t all that important as these buildings won’t deform or anything, but I’d like to keep things clean)

Here are some clayrenders + a solid wireframe: 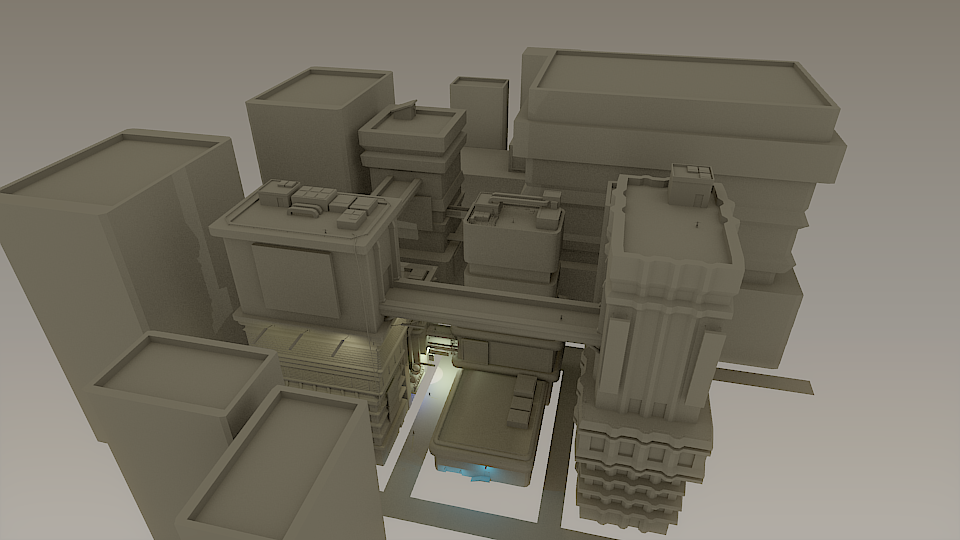 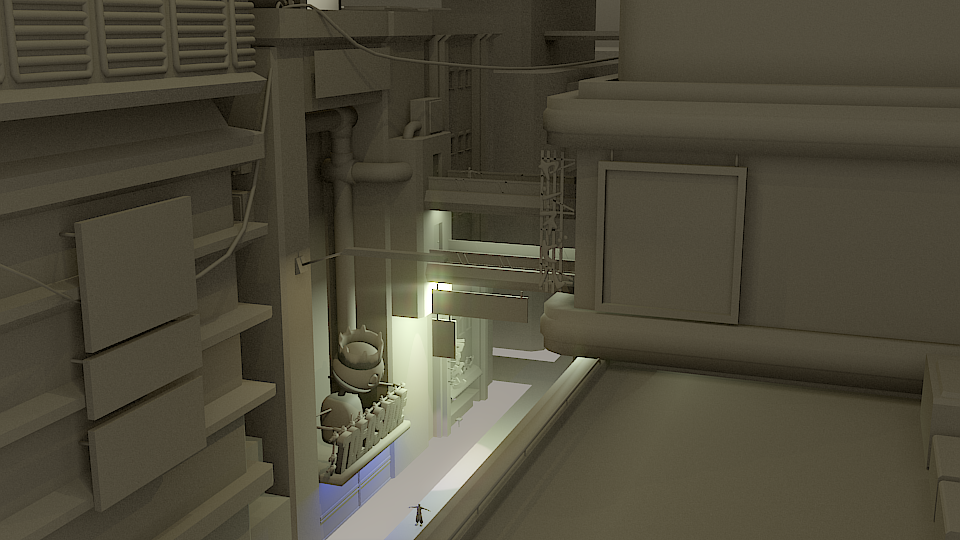 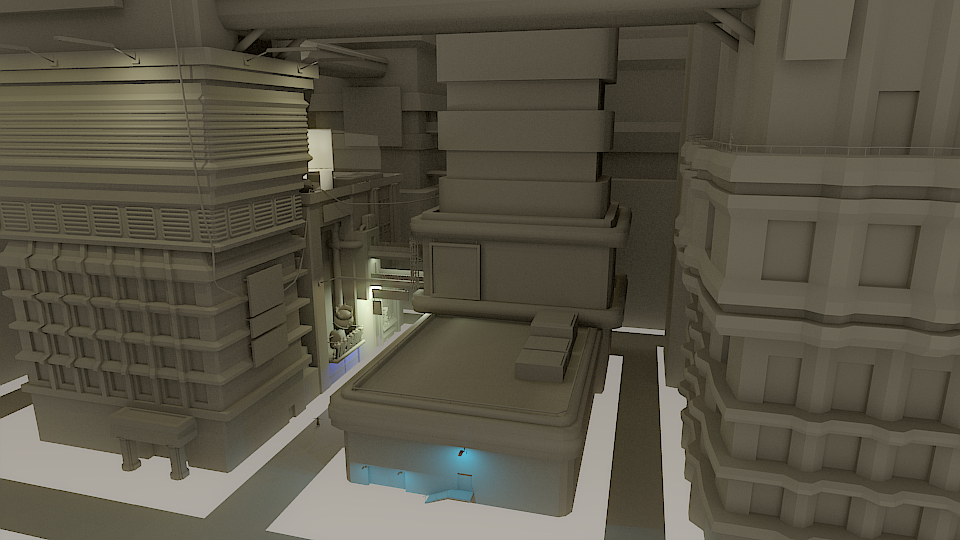 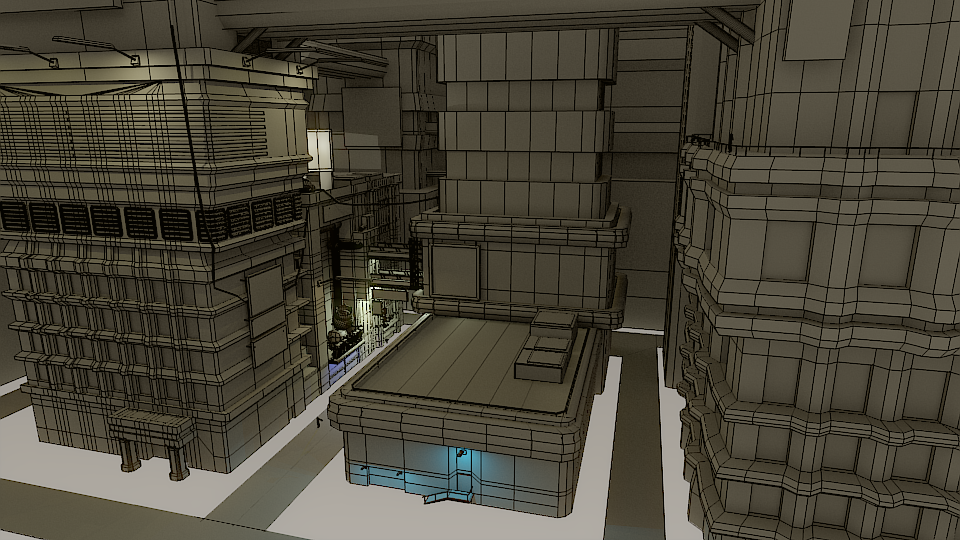 The dudes are there simply to get a sense of scale. Also, the city might look like it’s floating or something right now, but the the streets are at ground level, I just haven’t modeled the sidewalks yet (and probably won’t for some time).
Later on I’m thinking of adding a lot more details, like vending machines, trash containers, circuit boxes, air conditioners, cables… that sort of thing.

Edit: As of the 4th page of this thread, I’m making this a race map for a UDK game called Unwheel 2.

It’s got a real nice cramped dark feel to it…

I like where this going. Look forward to the results.

Looks awesome! I’m looking forward to see how this turns out.

This is a cool project. Good luck finishing it, I’ll keep an eye out for your thread.

Very Cool, can’t wait to see what the textured version looks like. I’ve always wanted to know where the lines are drawn between actual detail and textured detail.

Thank you everyone! I wasn’t expecting this much positive feedback.

It’s definitely going to be a while till I get to texturing, but I think I might texture some of the new props (like the ones below) before I texture all the buildings and stuff, so I don’t have to do all the texturing at once (would be a huge amount of work).

Anyway, here are come vending machines I modeled for the scene. These will be at the ground level on the sidewalks/sides of the buildings. I might do more, but these’ll do for the time being. 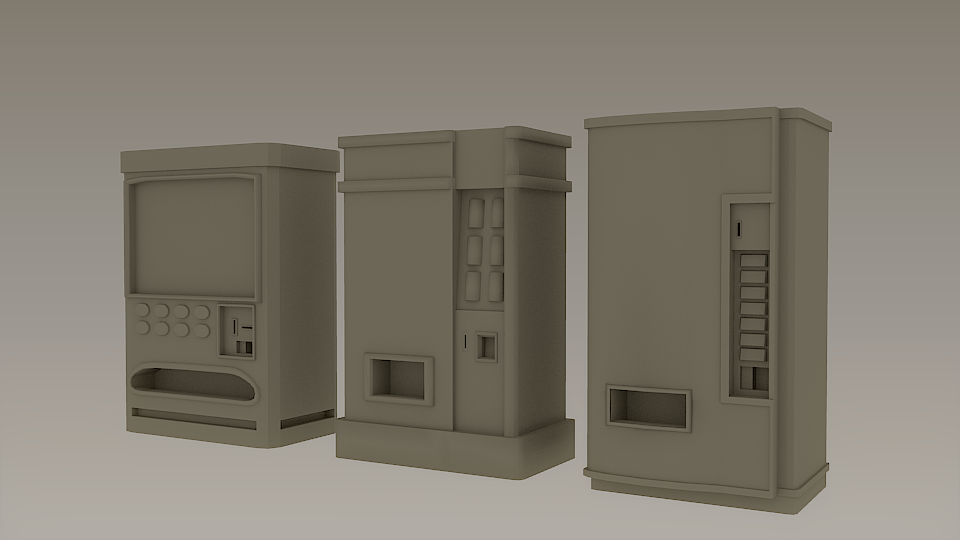 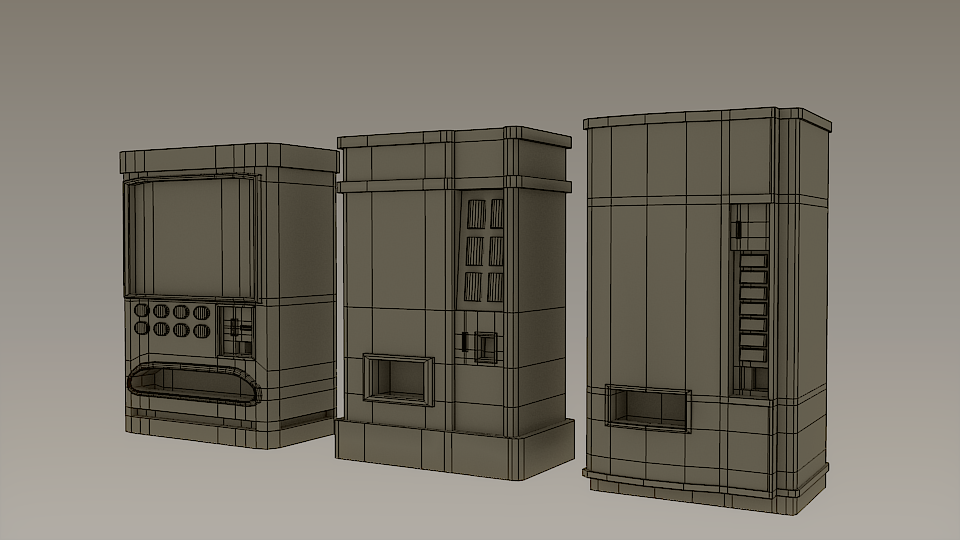 Also corrected the topology on one of the buildings: 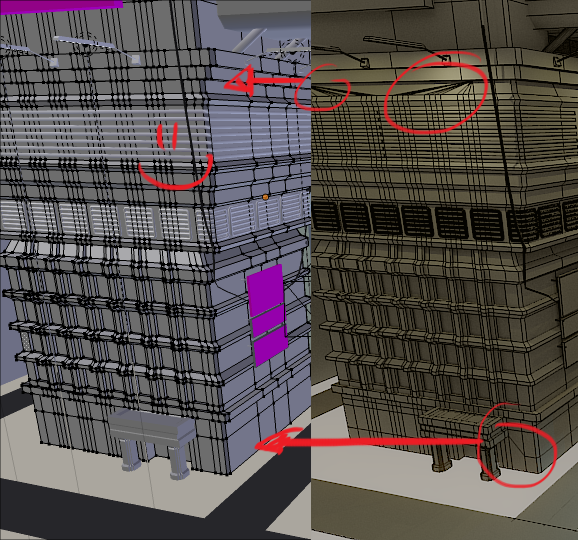 certainly has a claustrophobia about it

Wowser… what purpose does that modell have? =P

If you look at how wide the streets are compared to the characters, it’s not all that cramped though, but be that as it may, the buildings are pretty close to each other with the bridges and all, and that’s what I wanted :).

kyomotion: If by purpose of the model you mean why I’m making it, then the answer is just for fun!

Well, that and I want to get better at modeling and texturing, 'cause I’d really like to make a career out of it someday…

My biggest concern right now is the texturing and the materials, and how to make them look realistic enough. I’m not going for photorealism here, but more like something for a game, maybe a bit stylized.
So any critique would be highly appreciated.

Here’s an attempt on texturing one of the vending machines (the cans are from a previous project, just added them for fun, might change them a bit later): 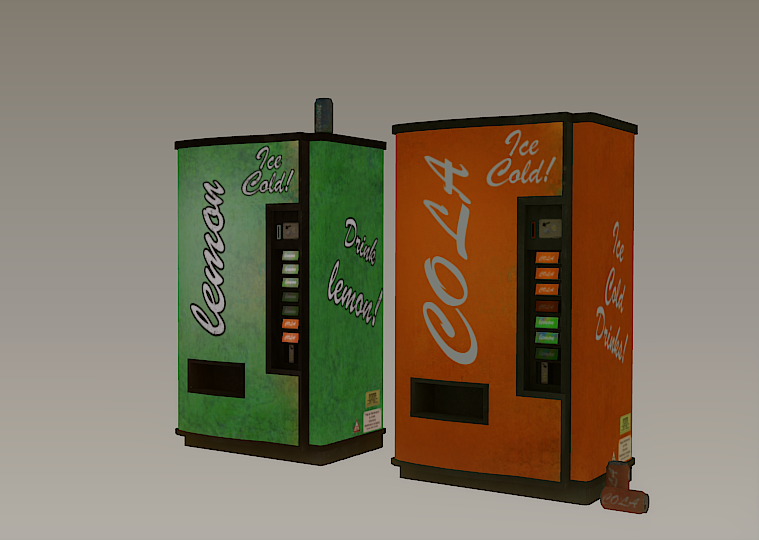 The vending machines look good to me. You even put warning labels along the edge there which is a nice touch.

Maybe add in a few more options for the drinks?

It looks good, you should add some lights inside the vending machine to illuminate the logo and buttons.

Rallici: I was actually thinking that, but I’m not sure how to do it. What kind of material should the machine be so the light would illuminate it? Because right now if I put a lamp in there, pretty much nothing happens, and if I make the machine’s material transparent, it doesn’t look good at all, because you can see right trough to the other side.

In the mean time, textured one more: 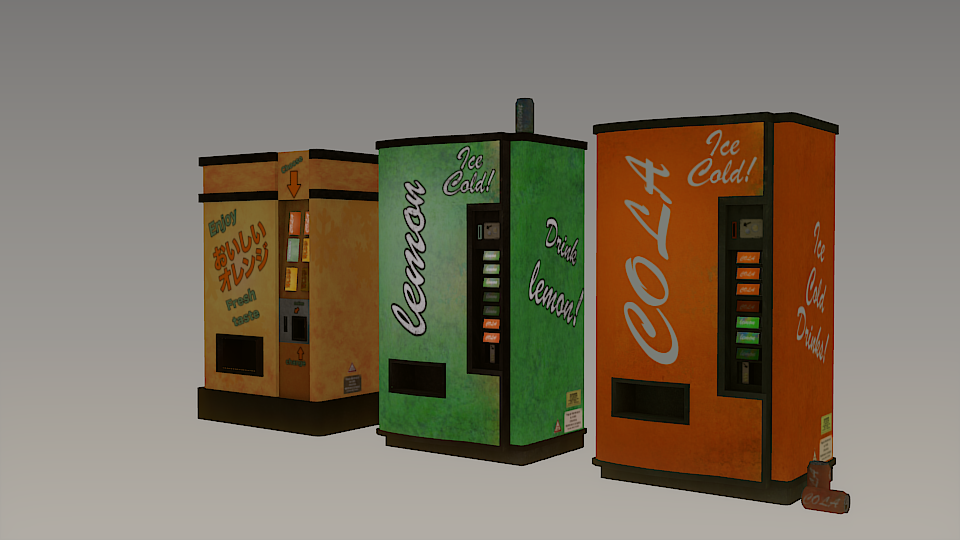 Edit: By the way, does anyone know what’s causing this and/or how to fix it: rsvo7k.png960×540
This is from the viewport. The textures on the left one show strangely trough, and if glsl is enabled, shows only black. As far as I know I modeled and textured these the same way, but one of them shows differently…
DDD (DDD) April 30, 2011, 8:24am #18

Most probably it is ur normals facing the wrong way, select everything and press Ctrl-N to recalculate normals. (You may or may not need to click the “Inside” check-box after that, which appears in the toolbar)

Oh maybe use a ramp shader to fake the light?

You can also maybe add a slight emit value to make them brighter.

Most probably it is ur normals facing the wrong way, select everything and press Ctrl-N to recalculate normals. (You may or may not need to click the “Inside” check-box after that, which appears in the toolbar)

Oh maybe use a ramp shader to fake the light?

You can also maybe add a slight emit value to make them brighter.

Yes, you have your normals flipped.