Hi. I have a problem. I am modeling a sandal. In edit mode, it looks OK. When I swithch to object mode it looks weird. What could I do? I have provided screens and Blend file. 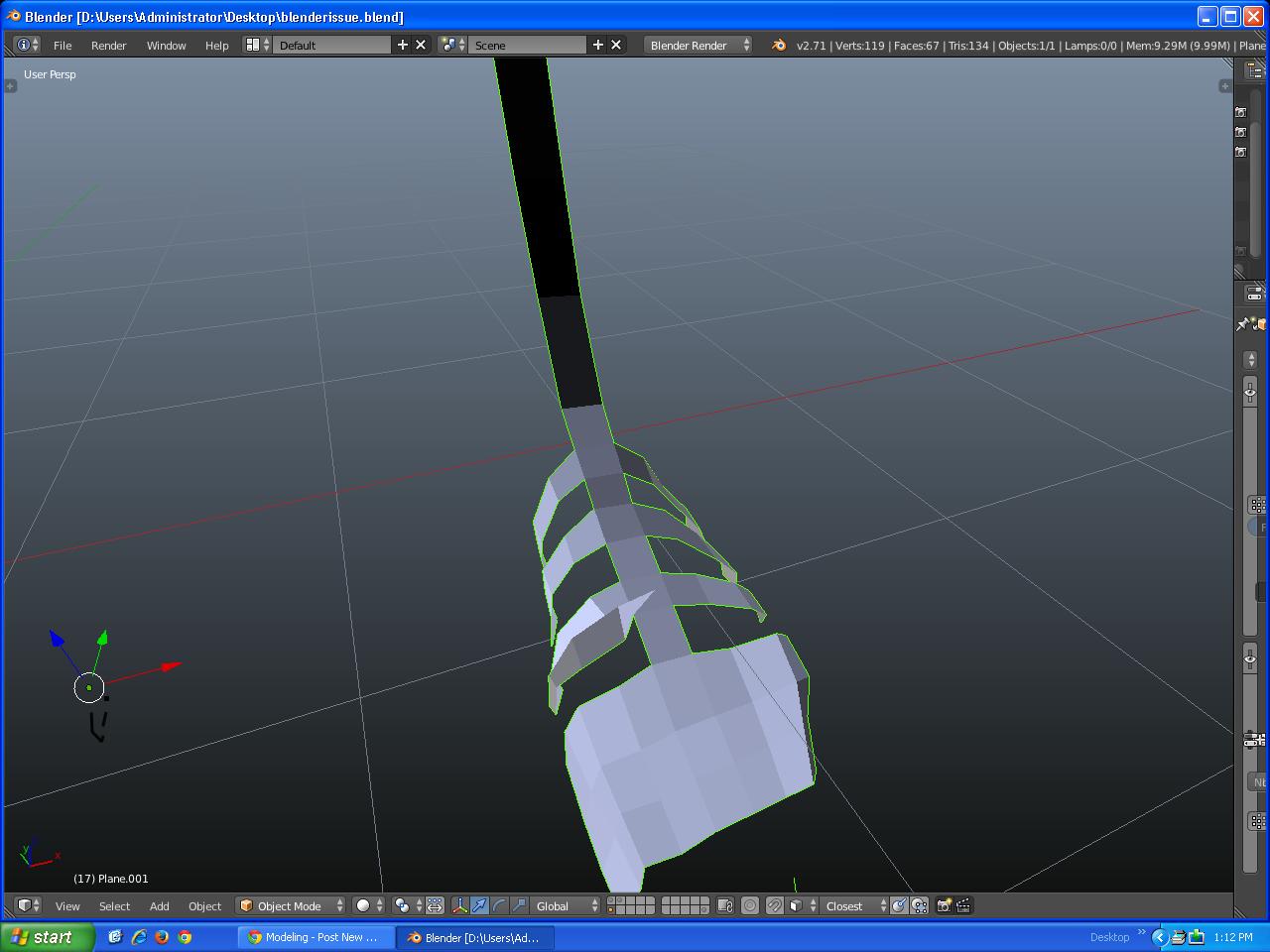 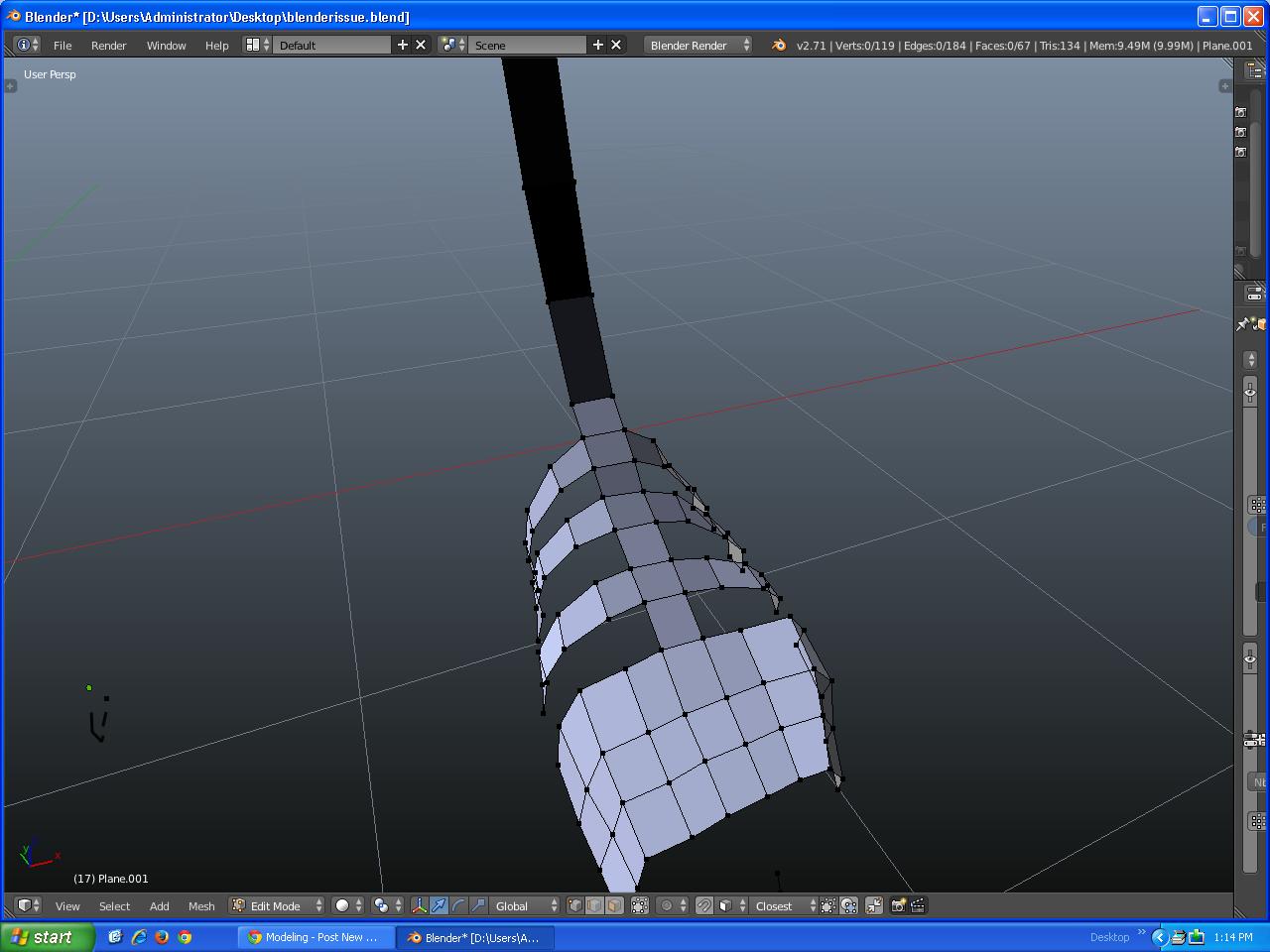 Object scale is off so modifiers and tools behave in the wrong scale. Ctrl+A -> scale to apply. After that, edit mode, select all, W -> remove doubles.

Deformation is caused by the displace modifier. After you apply the scale, it gets the full strength of 1 so lower it. Would also be a good idea to move it above solidify modifier so that it first gets displaced and thickness is added after that.

Solidify modifier uses face normals to determine the direction and the normals are pointing inside, that’s why it adds thickness to the inside with a negative value. Edit mode, select all, W -> flip normals, or ctrl+shift+N to get the normals outside. Recalculate normals outside (ctrl+N) won’t work correctly now because it’s a non-manifold mesh. 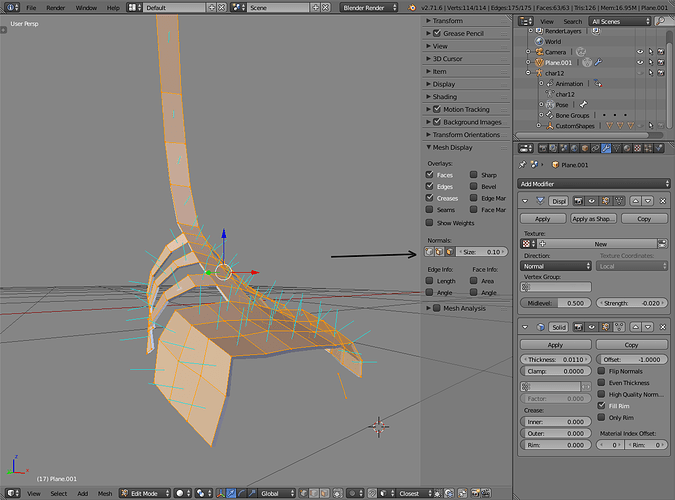