The workflow was simple

As architect, I spend most of the time designing the spaces, the building structure and so on (architectural designing) and spending less time for making the archviz of the modelling, then I need a workflow as fast as possible, due to my time, ann I cant´n modeling avery asset; I´m an architect who make it´s own archviz

in a relative short time. All this work was made in about 6-7 days in my spare time 1-2 hrs daily.

The rebdering time was about 3-4 minutes per images, with F12 rendering, but with “OpenGl rendering active viewport” button the rendering time was only 20secs average, but you see some diferences in the shadows in the final image, later I´ll share 2 images for comparisson purposes and some images with the lights location and rendering configurations (EEVEE).

The objective for making this exercise was for testing EEVEE for simulating “real” production conditions and for pushing the limits of my hardware with a BIG scene with many assets.

Critics and comments are welcome, and I´ll be on touch for any questions 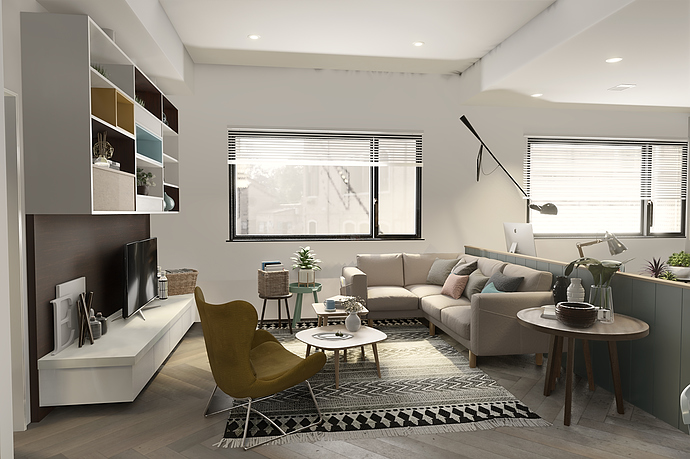 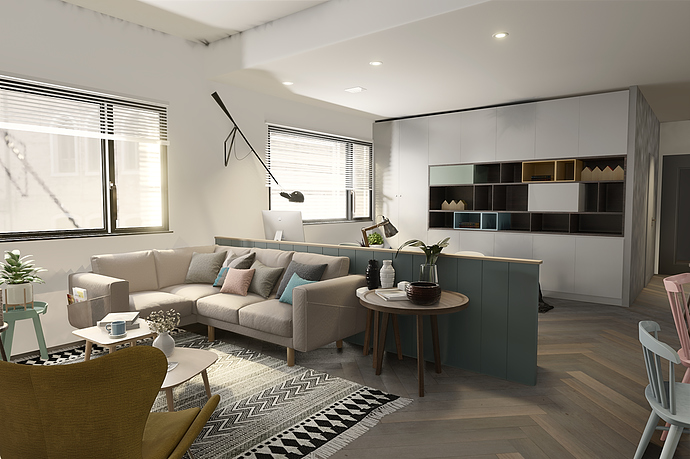 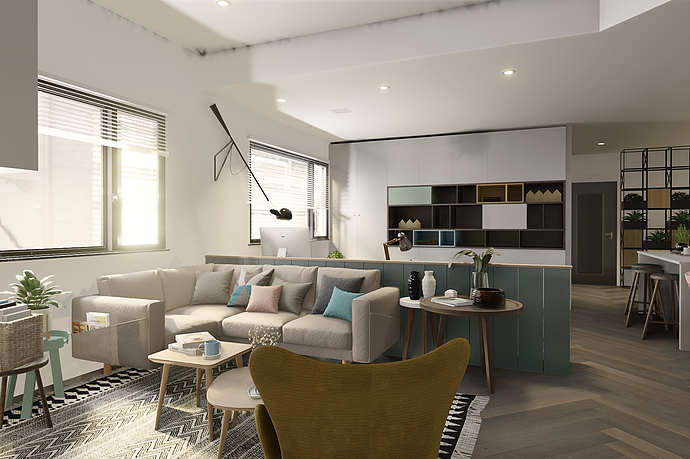 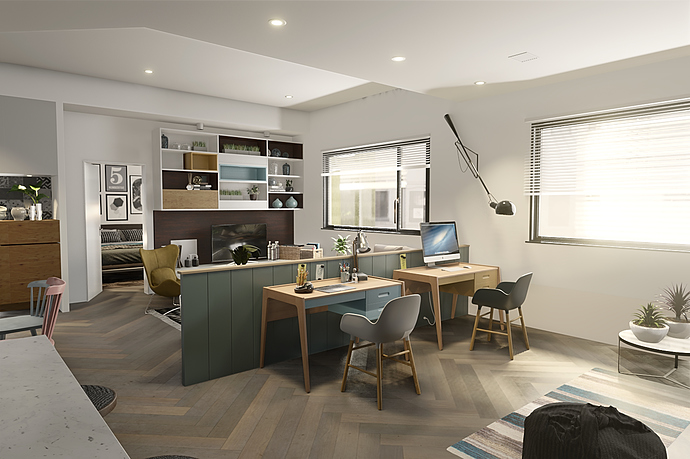 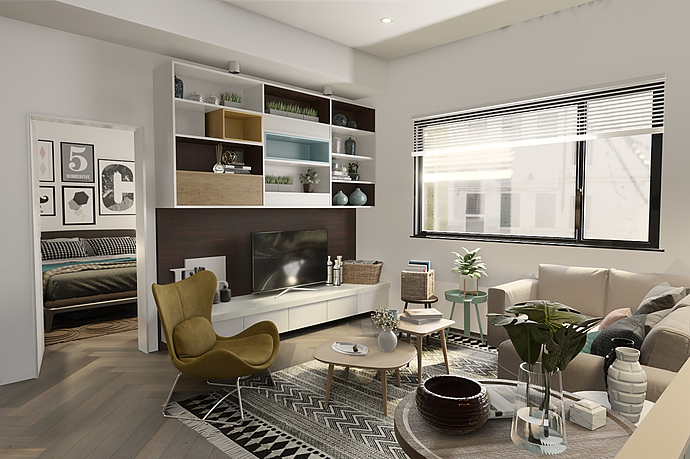 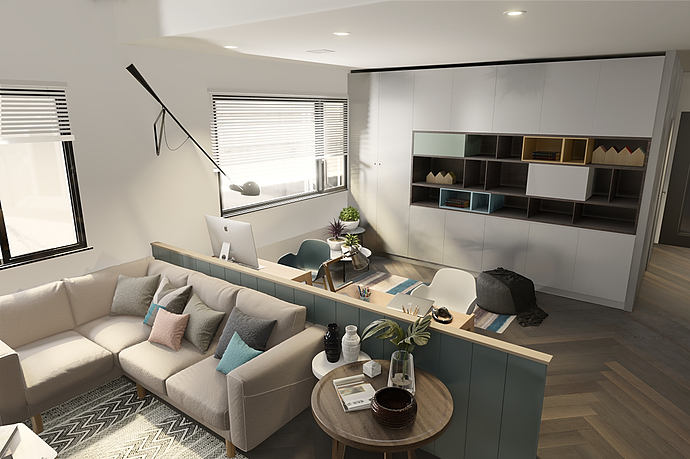 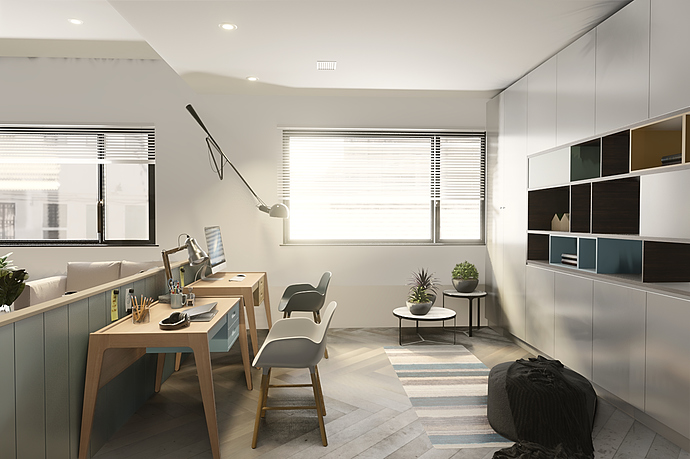 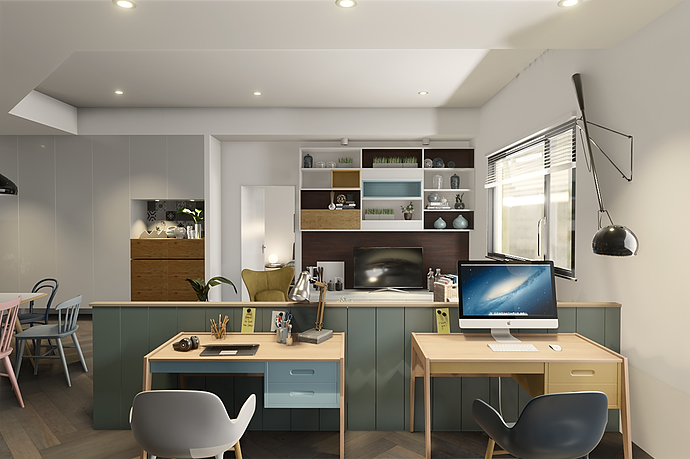 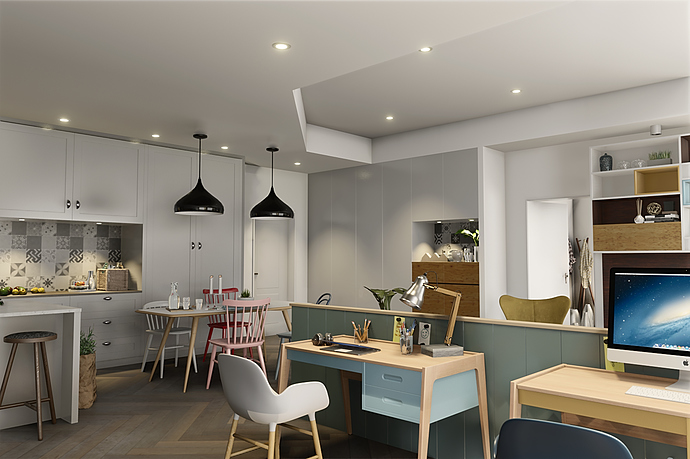 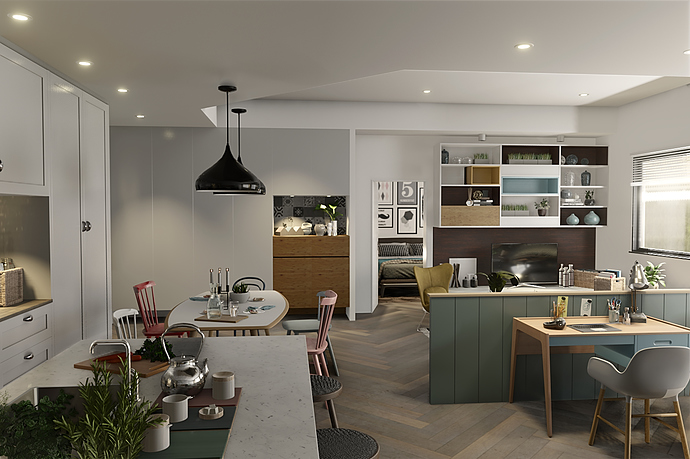 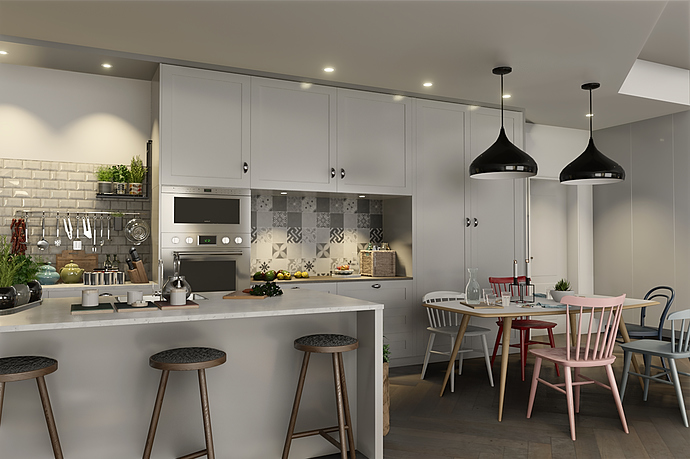 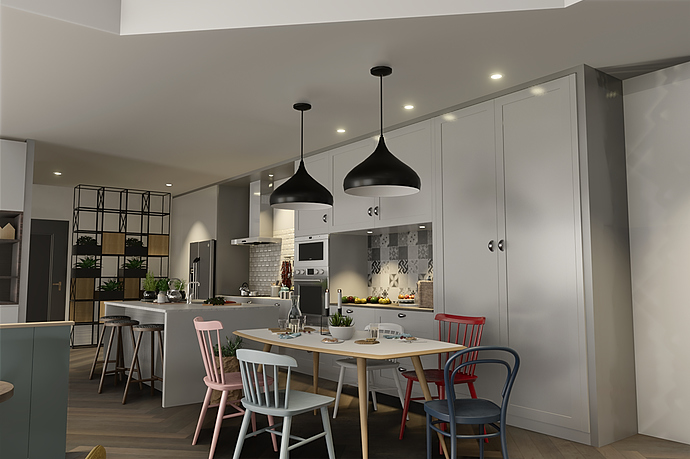 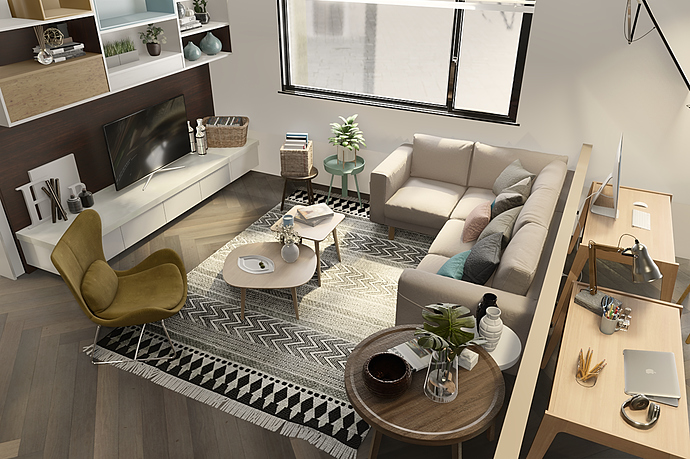 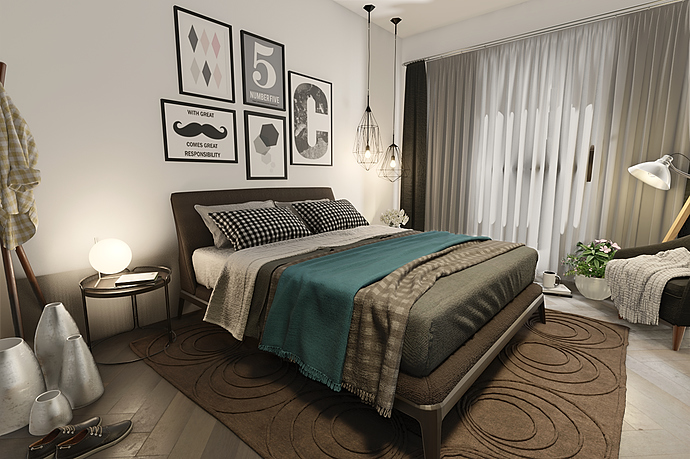 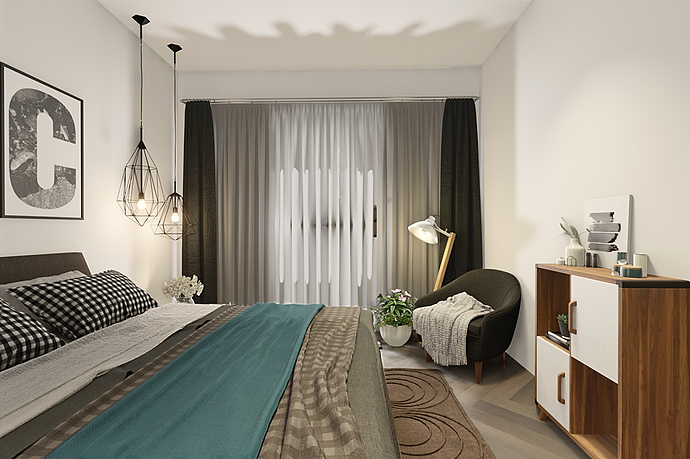 The images has a little postproduction in Darktable and I´ve used Filmic too. The reference was a project I saw days ago in https://www.homedsgn.com/ 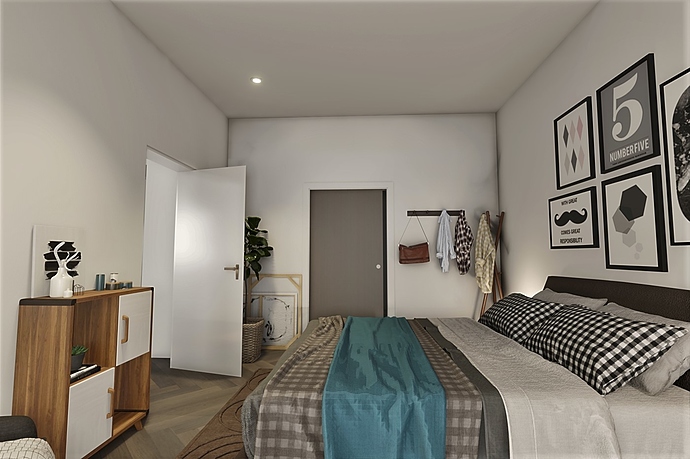 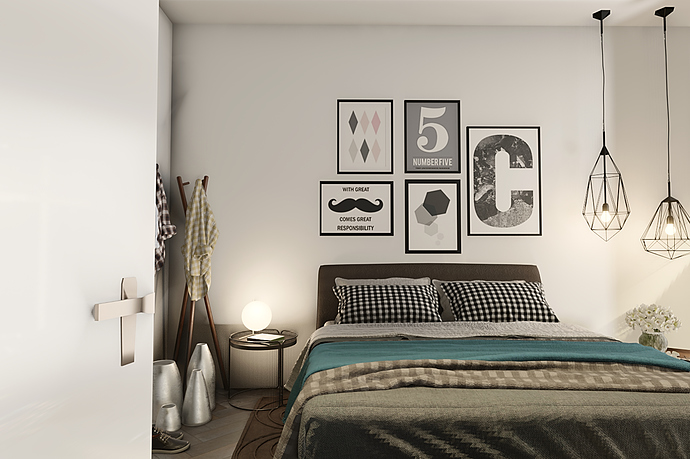 Nice work mate. Can I ask which version of eevee you are using? Mine keeps crashing.

What month of release? I am using April. Is yours dated further backwards/

Nice work mate. Can I ask which version of eevee you are using? Mine keeps crashing. What month of release? I am using April. Is yours dated further backwards/

Thanks for your comment. I´ve used for rendering the images the April´s 21th version, but I try to download the version daily, and yes, it keeps crashing for that I´ve been “assembled” the scene on Blender 2.79 and the 2.80 version just for minor tweeks and rendering

Hi, thanks for your comments.
I have your work and opinions in high esteem and I’ve followed your tutorials in your youtube channel. About the irradiance volume artifacts I didn’t anything just configure AO, Soft shadows and Refraction space in the EEVEE rendering settings.
During the day I’ll try to upload the scene and I’ll share it here in the forum, of course without furniture because the scene is TOO BIG and internet connections here in Cuba are TOO SLOW…

Some artifacts can be seen in the corners, but this is spectacular work for something done in a WIP realtime raster engine.

It really shows much Eevee has progressed (even though it cannot do all of the things that Cycles can).

This is the link for the scene, then you could see the illumination and rendering settings
https://drive.google.com/open?id=16ZfmjHF7zysB6EOatK1QuNAzCJdpWGIl

and this is the HDRI I’ve used
https://hdrihaven.com/hdri/?h=san_giuseppe_bridge

These are great. Have you d experimented with unity/unreal and/or Enscape? At my office, many Revit users utilise Enscape, but it’s not good for recorded animations, as there is no way to animate the camera.

Did you have to redo the materials within blender?

Thank you for sharing. I’m inspired

thanks for sharing but i can not download it, it give me error
i want revit file to follow
[email protected]

Great work. I try to use Eevee for interior designs but haven’t had a right light settings yet. Could you share the file again please?
Thanks