I currently use Cycles over Eevee because Cycles is often faster. Its not hard to make Cycles render faster than Eevee with similar levels of detail.

If its a large scene with many materials Cycles is often more interactive and faster to render than Eevee.

Cycles X has so much less overhead than older Cycles its insane, I have been able to render 60 FPS out of cycles on a single computer.

I currently use Cycles over Eevee because Cycles is often faster.

Well I kinda hope this new Eevee gonna do better than the old one.

Well I kinda hope this new Eevee gonna do better than the old one.

You and me both

Do you have some tutorials, or some hints to optimize cycles renders like you do ?
I manage to get reasonable render times and optimize a bit, but you seems to have some tricks to get way faster renders especially on heavy scenes. Is there some information, tutorials, papers, or even a book I could learn from ?

If you want to learn how to optimize cycles just take any of these addons that charge way to much and see what they do, they literally just automate 10 button clicks for you and then do multi pass denoising. 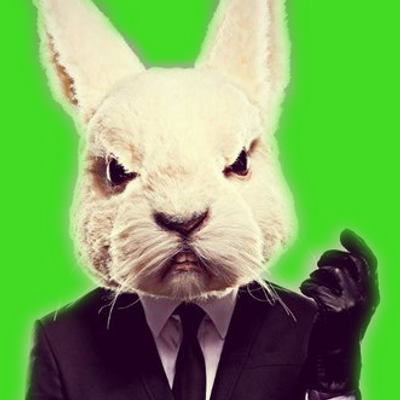 @LawdOdin
@jefftml I didn't even touch materials but I could save a tiny bit more if I did. The optimizations are Simplify AO, Persistent Data, PMJ, OIDN, Splitting light passes and denoising them separately then rebuilding the image manually. https://t.co/TNSJKhyqdI 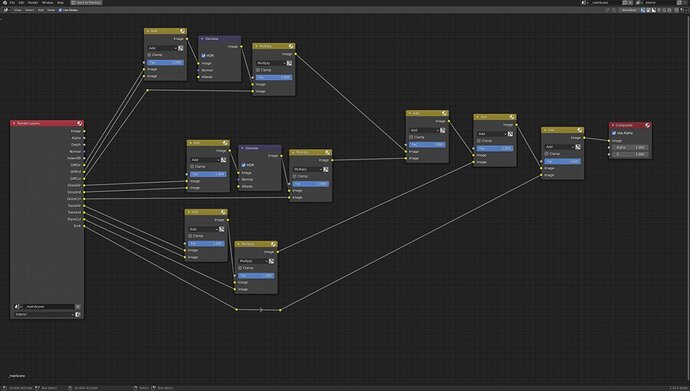 hahaha ! looking at scripts ! that’s some written information but not the way I thought

Thanks a lot for the links , I’ll take a close look at them.
I probably should go back to the basics and also try multi-pass denoising !
That shed some lights on some mysteries !

ve been able to rend

how did you do that?
Mind sharing?

It was some pretty simple renders for a looking glass, a looking glass requires 48+ renders per frame to get a holographic view of your render, so for a 10 second animation id have to render 12,000 frames minimum.

Here is an example rendering just under 60 FPS, rendering 108 views in ~2 seconds, CLI rendering is critical for these insanely low latency renders. 4 samples and persistent data, just a super fast flat render. But magnatudes faster than I could render it out of eevee.

Yes, Unity have now as well, out of curiosity I downloaded Unity some time ago and made a very simple little game just to explore its real time raytracing, and it was extremely beautiful, and it was running very smoothly despite me not having the best card (rtx 2060).

Ever since I’ve looked forward to Eevee implementing hybrid raytracing as well, it makes such a huge difference.

From the Blender development page.

We have reached the first milestone!!

Adapting the new codegen to the old EEVEE codebase was more work that I originaly anticipated.
A core design shift was to make the codegen render engine agnostic. Meaning there should be no special behavior depending on the render engine that runs it. At first glance it does not look like a major issue for Blender because EEVEE is the only engine to use the codegen. But this became important with the recent decision to keep EEVEE-next and the original EEVEE implementation side by side. Also this makes other engine implementation easier.

Moreover, this delegate the geometry support to the engine itself, making the support for other geometry types easier.

Technically, the new codegen now only produces functions strings that are then used by the render engine however it wants. The strings are now shader stage agnostic, meaning they can be used inside vertex shaders (i.e: true procedural displacement support for EEVEE-next).

Porting to the old codebase was also a test for that and allowed to polish the design, furthering the separation between the engine and the codegen.
I cleaned up some of the most tricky stuff we were doing to support displacement as bump mapping. The choice between fine bump or fast bump (2.80 blocky style) is now the responsibility of the engine and may become a performance option for EEVEE-next. This is also important for upscalling which I am aiming to support in EEVEE-next.

The Shader-to-RGB node is also now supported and engine agnostic. The engine can choose to implement it or not. The only change in behavior for the original EEVEE implementation is that now any shader using a Shader-to-RGB node will not have SSR or SSS on any of their BSDF node. This change mimics the behavior of what EEVEE-next is expected to be. I am still trying to find a way to keep the old behavior but it seems complicated.

When working on supporting the current SSS implementation, I stumbled accross what I can described as a bad choice from past self. Some of you might know that the SSS radius socket default values are used to pre-compute the SSS and that the socket input is only used as a scaling factor. Alas, the scaling factor makes no sense at all as a parameter. What should have been from the beginning is to use the input as a mean radius. This makes more senses and is more compatible with what you would expect from cycles. You would have to tweak the default values for the average SSS coloring and then the input would have just make it closer to what cycles outputs. I did not provide any version patching for now but this can be done easily.

Testing is highly encouraged. Any regressions not stated in the commit message should be reported to the bug tracker.

I will now focus on porting EEVEE-next first bits.

Testing is highly encouraged. Any regressions not stated in the commit message should be reported to the bug tracker.

Maybe I’m too stupid, but testing what? If I switch to eevee next there is still nothing showing up.

Do you guys have any hope that it might get done in 3.3?

None whatsoever. They reached the first milestone less than three weeks ago, and it’s not on the 3.3 board. It’s a long term project, I’d guess 3.4 at the earliest (after September this year)

There’s also a ton of open, high-priority regressions in Eevee, mostly related to GPU Subdivision. Getting GPU Subdivision working is a prerequisite for this, and that’s not even a given in 3.3

Oh… hmm
To me getting it ready even in 3.4 would be mind blowing.

Apparently not, I had a look at the roadmap. I thought that because the versioning changed after 2.83 and 2.93 (LTS releases) 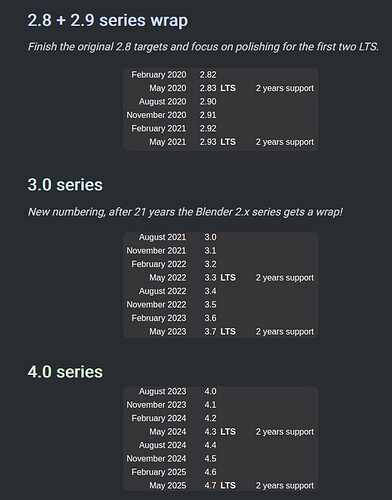 Thanks for the correction! I remember this other horizontal roadmap that had something different (or it might be my imagination) hence why the confusion, on the other hand these roadmaps would need an update as clearly we aren’t getting 3.3 on May 2022 (because of the 3 months delay of 3.0).

Hi everyone, I would like to announce that a second milestone was reached.

We now have material nodetree support inside EEVEE-Next. There is a placeholder lighting model to be able to check how the BSDFs are mixed. Note that only the forward shading pipeline is effectively implemented.

This was merged for the 3.2 release so we can have some user testing to see if some nodetree breaks. (Edit: The experimental options are disabled in beta and release builds. Testing is to be done with the 3.3 alpha branch.)

Mesh & Curves (Hair) surface types should be supported. Vertex Displacement is also enabled by default and will become an option down the line.

Grease Pencil geometry is done but disabled for the time being until we have a per object option to select which renderer to use.

The Shader To RGBA handling was not straight forward but was effectively dealt with. It should now be supported.

Volume shaders are not yet supported.

BSDF shading makes use of the stochastic sampling of the BSDFs. So the number of BSDF should no longer make the shader linearly more expensive. Temporal accumulation is still not implemented so there can be noise left if you stack many BSDFs with very different properties.

The next step will be to implement the “Film” sub-system which is what allows temporal accumulation and renderpasses.

Hi everyone, I would like to announce that a second milestone was reached. We now have material nodetree support inside EEVEE-Next. There is a placeholder lighting model to be able to check how the BSDFs are mixed. Note that only the forward shading...