How can I install eevee to 2.79 version ?
Thank you

Bro did you managed to get that version???

The main reason 2.8 doesn’t work on your computer is precisely because it doesn’t satisfy Eevee OpenGL requirements, so Eevee would be useless in 2.7x in your computer anyway.
By the way, I don’t know where you got that information from the first message, Eevee was always for 2.8 and it was never part of 2.7x (officially or not officially). So that’s a misunderstanding that can confuse other users.

The developer of Eevee started his experimental works about GLSL PBR shader for viewport in 2.7x, but as I said they were first experimental drawings of what would later be Eevee in 2.8, but this was not stable, not easy to use or configure, nor with the number of features that Eevee has now.

for sorry i didnt

i bought new higher graphics card and it worked

you can see this video 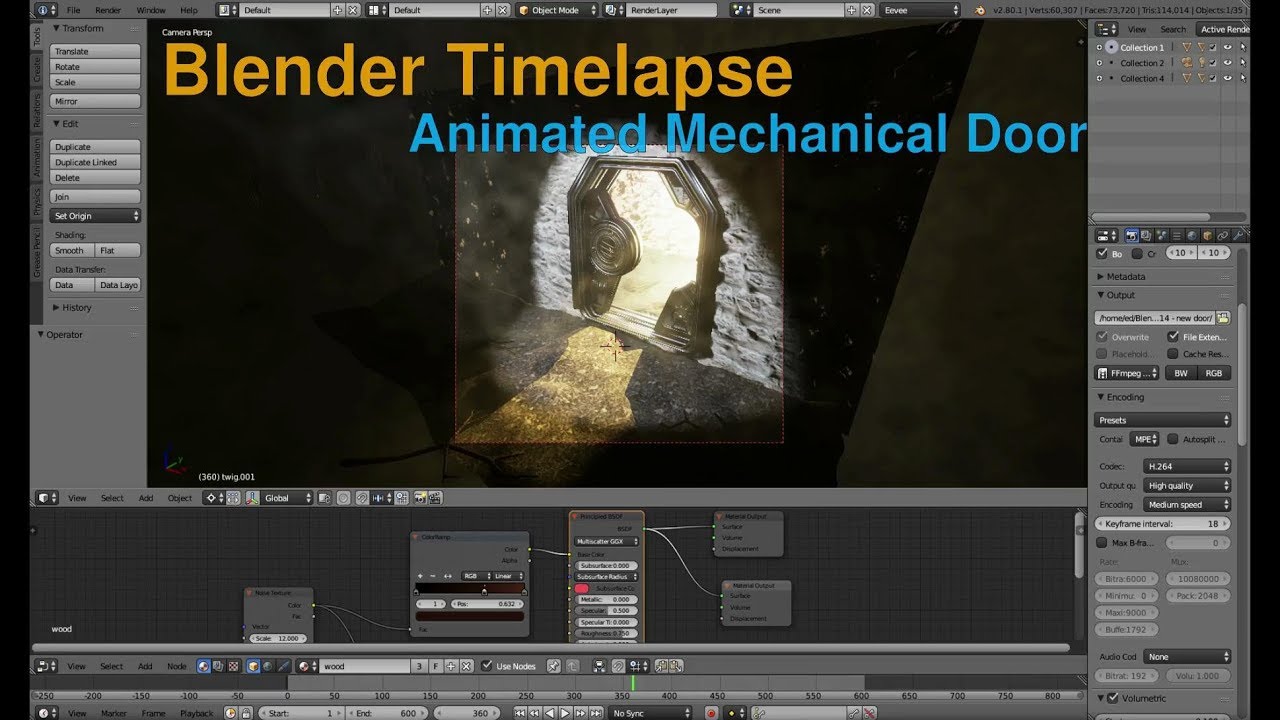 There is a misunderstanding there, you see in the video up right the interface the version of Blender appears 2.80.1
It happens that in early stages of Blender 2.8 development, at one point the name of the file to download 2.8 alpha on Windows was still labeled as 2.79, but it was always 2.8.

thanks for making it clear <3

So can I now get that version of Blender? Or is it gone forever?

You are like an angel for me, hail BLENDERBACHHHH

Well I “think” it’s the one you are looking for. The Blender Version is portable. It is for 64 bit Windows. All you have to do is unzip the folder. Here’s the upload from my Google Drive, Enjoy! https://drive.google.com/drive/folders/1QMinliORQIbT_XjK4bSjl2p9-xsqgN79?usp=sharing

OMG thanks dude, you are just like an angel!!
I have been searching this version for months!
I createad several threads for this… and finally I GOT IT!!
AND ONLY BECAUSE OF YOU!!!
Thanks dude!

So I was right? This was the correct version?

Glad I could help! If you’re interested I also have Blender 1.51 and Traces (The Predecessor Of Blender). If you are interested, I also have a Discord Server https://discord.gg/ZkQJtUz and I also have a YouTube channel https://www.youtube.com/channel/UC6lVwTTfGnnIamK7920AneQ . I collect many rare softwares and Blender is no exception. I do have to warn you though, Blender 2.80 Pre Alpha Bleeding Edge is very unstable since it is, after all, Pre Alpha.

Yes bro I know, i just want to play with this version of Blender, and yes, today i wil join your discord and will subscribe you!!!

And yes, I need to ask you another question…
Do you know how to complie a build of Blender?

How to compile a build of Blender, that’s a question I’ve been asking for over 3 or 4 years now

. Unfortunately when it comes to coding, I’m not the sharpest tool in the shed. Sorry

. I know how to decompile software into separate pieces but I don’t know how to put it back together (compiling).

LOL, same here!!
No problem, I will find someone who does it

Where exactly did you get this from if I may ask?
I thought there are no archives from buildbot,only final releases.