I’ve never done a WIP thread here before so here goes. This particular character is for an online course, although the course really ends with the modeling and I intend to shade and pose this guy after the modeling is done, assuming it turns out decently.

I’m starting the thread kind of in the middle of the modeling. I already sculpted the body to around 80% - so essentially everything but high-frequency skin details, which will come after retopo. This is my very first attempt to make a realistic human body, and I spent an entire week just working on getting this thing looking right (to my eye at least; mileage may vary). I think the muscle definition looks a little too sharp in some places, but that’s okay as I expect the lines to be softened a bit during retopology.
Here’s some progress shots from the body sculpting: 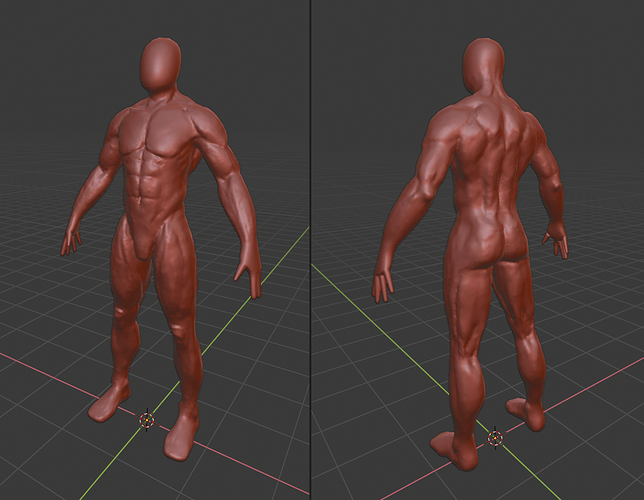 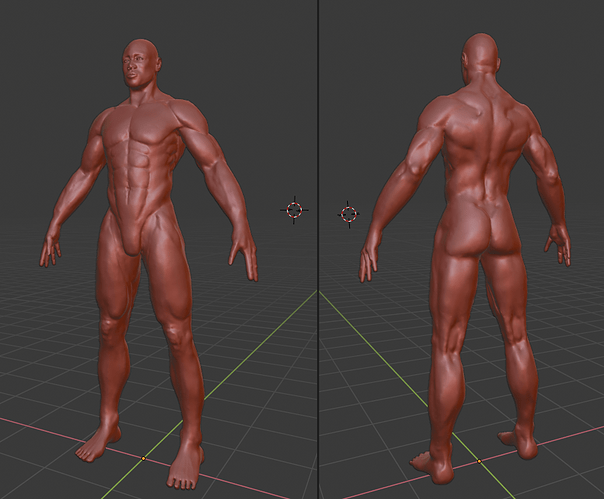 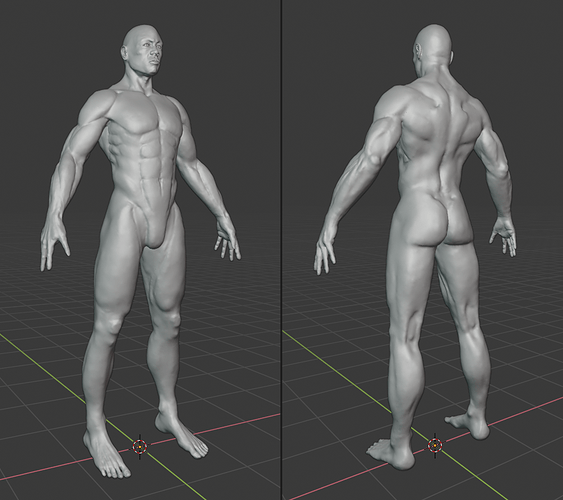 And that brings us up current, with me switching focus to making clothes and accessories. This guy is Bronze Age and he does his work in the middle of the desert; so suffice to say he doesn’t have a whole lot of metal and layers of leather armor covering him from head to toe. Unlike a complete fantasy character, we have a fairly good idea what these guys actually wore and carried into battle and I intend to stay for the most part historically-accurate. But that’s not to say there won’t be some creativity involved; Egyptian art is quite stylized and that leaves a generous amount of room for some artistic interpretation of the precise details of some of these items (with exceptions - there are preserved examples of actual weapons from tombs for instance).

Here’s dude as of today. So far I’ve added a simple kilt and headdress, both in the style they wore as depicted in period art. 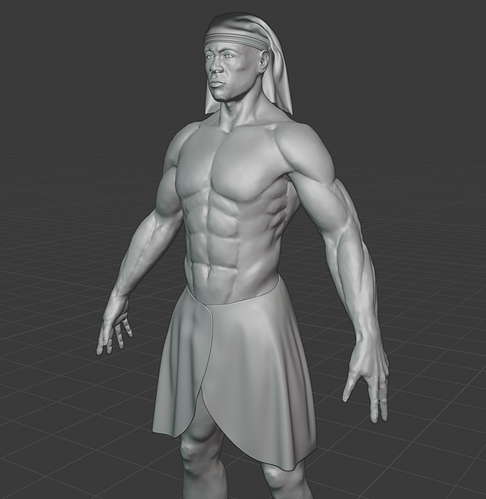 Both items were made with Blender’s cloth simulation and it seemed to me that it really worked like a charm for this particular job (I’ve heard that some people really struggle with it for certain applications). These are the only items I intend to simulate though; the rest will just be modeled, with a bit of sculpting as necessary.

That’s it for now, stay tuned. 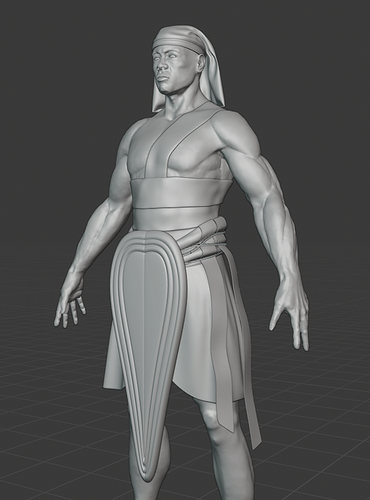 Tomorrow I’ll start on the shield and weapon.