My first project in blender apart from the obligatory lightsabre and various tutorials.

I may get round to texturing and lighting if I can get my head around UV unwrapping, etc. 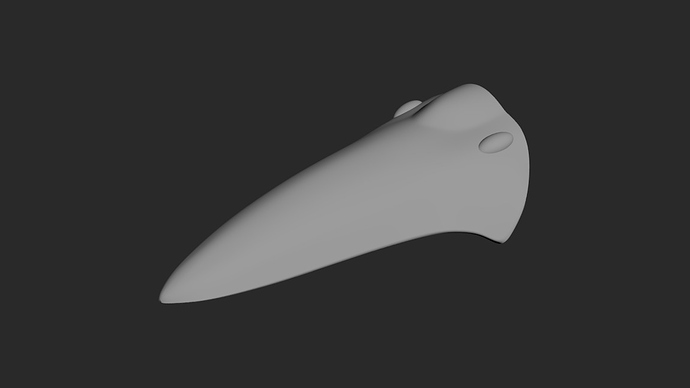 here you go buddy, this should help you out in learning the basics of UV mapping
http://otothecleaner.free.fr/tutorials/Gimpit/gimpit1/gimpit.html

Thanks for that Bizla. I will look at that later. For now, an update.
I have been working on the chassis. Apart from the coils?? and seat pads, the rest is one mesh. I’m not sure if I made hard work for myself here. What is the common consensus? Model as much as possible in one mesh, or model separately and push together??
Anyway here is a pic 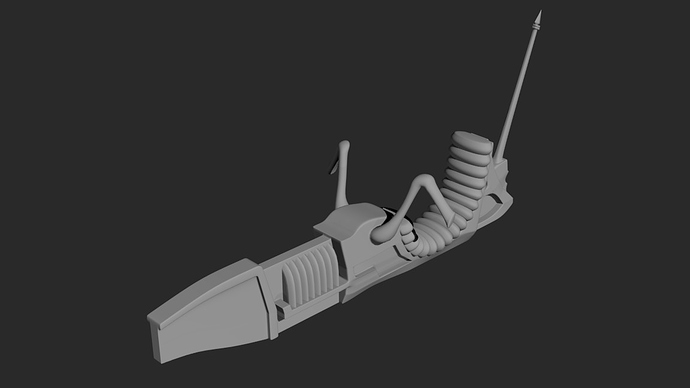 generally the easiest way is to model in seperate meshes and join them later on down the line, that way if you need to model a particularly fiddly area you can just move the rest of the model to another layer without them blocking your view.

Added the engines and footrests. The blade/wing things were interesting, decided to model them separately and stitch them into the engines. Learning lots of techniques in the process. 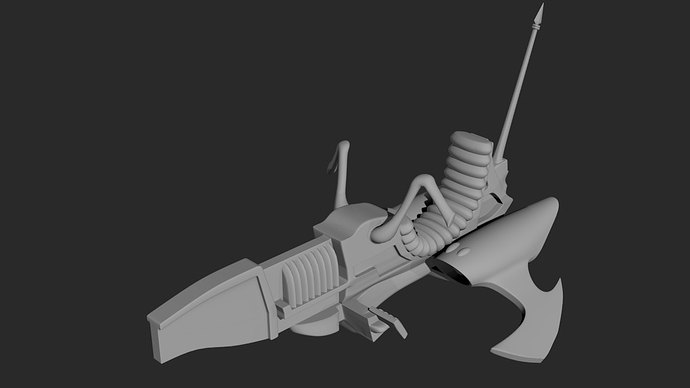 looking good, can we see a solid wire?
i’d like to know how the topology is looking

As requested. There are a lot of loop cuts bunched up. This is partly due to me making the chassis as one mesh instead of in smaller sections. In the wings there are some dark areas due to the twisting of the mesh, but the subsurf sorts that out. This is primarily a learning exercise, so any suggestions would be helpful. 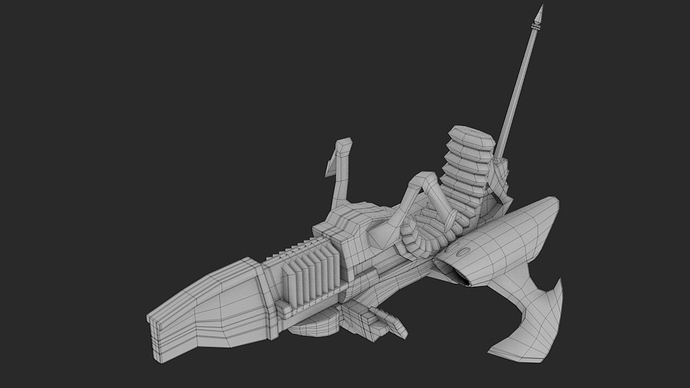 Added the weapons. The base modelling all but finished. Just need the detailing to flesh it out. To take a break from modelling, added a particle system so that the weapons fire, but cannot get the particles to stick to a collision object just yet. They bounce off. Will look at that later. 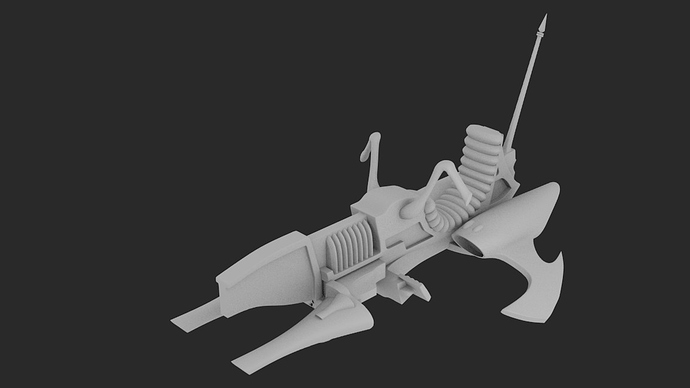 All the main parts together without the fine detail. May separate the handle bars so that I can pivot them. 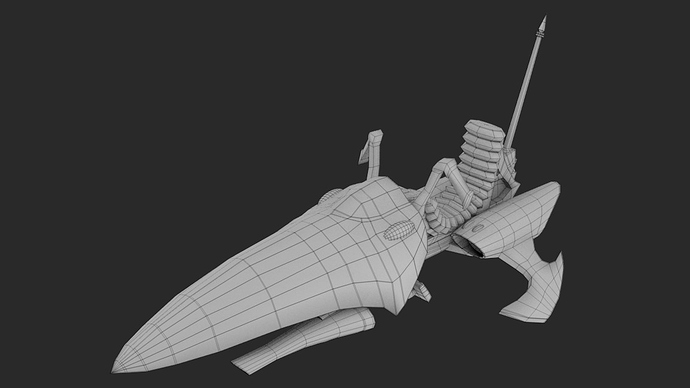 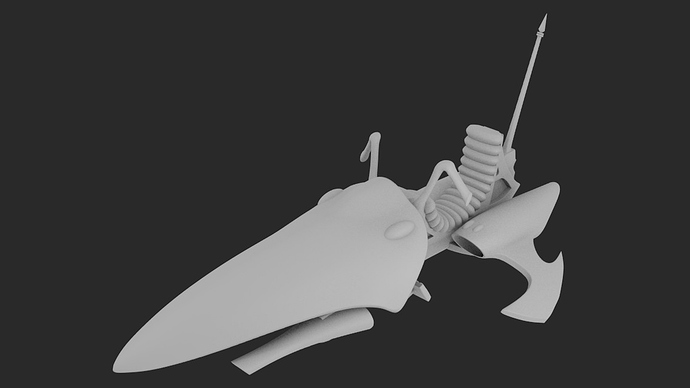 I love this! I actually use Eldar in 40k so this has a place in my heart. I thought of trying t o make something from the eldar myself and seeing this makes me want to do it even more know. Harlequins here i come!!!

Thanks. I needed a project of my own instead of just following tutorials. Glad you like.

NP how can someone not like a great peace of work. Great job. I just wish i could find someone who has experience with gundam styled models cause im having a really hard time with mine,lol. Keep it up though and do you plan on any other Eldar or just 40k work in general?

Hey Joshua. I am only a beginner myself really. This is the first project I have undertaken other than tutorials from Blenderguru, blendercookie and the like. I thought it was time I applied my acquired modelling knowledge. I hadn’t planned on doing other 40k models although, as I have some Vypers, I may be tempted to do one of those. Before that, I need to finish the detail on the jetbike and MAYBE attempt texturing.

your topology looks good, very neat.
you should definately try texturing, it seems complicated at first but just as with everything to do with blender it soon becomes obvious and you no longer even need to think about it, the texturing just comes along as the modelling does

I guess thats what i should do then. The only tutorial ive used is blenderella so i have zip skills when it comes to this stuff ive just been trying to figure it all out. Im going t o have to do some tutorial hunting, wee! Any good ones you can suggest?

I’ll second that. I’ve loads from them.

I have completed the modelling…for now. Added a bit of detailing. Pipework and cockpit instruments. Next. Texturing. And i dont have a clue of how to start. Back to the tutorials 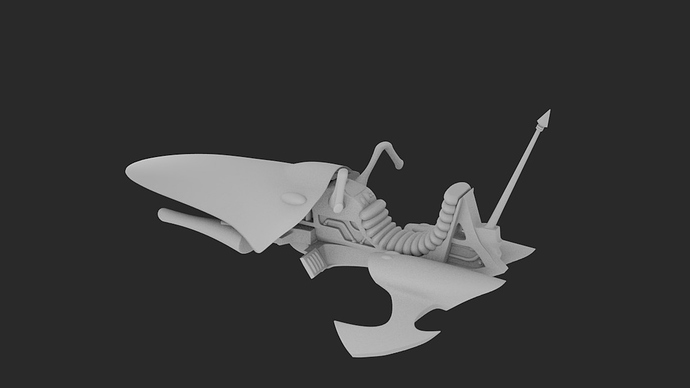 thats funny, i never know where to start on the mesh