Well then my name is Nycholas Weissberg, I’m 18 years old and I’ve been studying blender game engine for some time now. I Also studied unreal engine 3 for about 1 and a half years. So I’ve come to the conclusion that making a game today isn’t as difficult as it was 4 years ago, and have decided to finally start a game that I wrote 4 years ago, when I only started to dream about it.

The game was at first called Triskle (Celtic symbol for protection), but now it’s called Elpis (Hope from Greek) the game is your classic adventure game. The 4 sages of your village fought in a great war, they lost the battle and got captured by Van Hagen (an ancient disciple of your master). 2 of those sages are your parents, so after you are all grown up you decide to save all of them and return order to the village. We know it’s cliché but I’d really like to make it.
But as you all know RPGs are very complicated to make and most of the projects don’t leave the ground.
So we’ve came up with another type of story. We would also like to make a pirate’s game, I think it’s a very interesting story line.

I have made the main character so far, here’s the old video of the game on YouTube
http://www.youtube.com/watch?v=_jcXGQGJXfU

The game when successfully completed will be sold (there will be a download demo) and the DVD will contain tutorials of how to develop a full game just like Elpis and some open game files for studying and editing including the very game.

Thanks for your time
Nycholas Weissberg

Cool, looks like your well on your way. Van Hagan seems a bit like COunt Dooku in the sense of being an old student of your master, like Qui-gon and Obi-wan. Still, seems like it should be fun to play, and looks good at that. So, who exactly is your master? Is he training you to become a magic user or something?

Your master is the ancient sage leader and all of his knowledge was passed down to Van Hagen (making him extremely powerful) he got angry for not being the next in line to become the Sage Leader and became mad with power. At some part of the story you are told that you were the “chosen one” that is why you were protected by all the sages. So as they saved your life when you were little, you will have to save them.
I’m looking for someone to help me with scenario modeling and creation, if anyone becomes interested in the game and my project please post some of your work (scenario for game).
Thanks to all

You definitely have something here.
So far, this project looks well made, which is extremely rare for projects posted on these forums.
An excellent start.
-Chaser

Modeling as in 3d or coming up with different missions? I could do both, but i’d be better at writing.

best game with blender ive seen haha and its even finished yet ;D

Anyone that contributes to the game will get their name in the credits and if this project generates any financial gain, every one that has something to do with the project will get the DVD for, free I think it’s a very nice present (I would like one myself xD).
I’ll post soon a new video of the project
Thank you all

Wow, that looks really nice, keep it up.

Here is the new video of the game, not much has changed but I fixed some glitches
Mostly the market functions and combat offensive and defensive properties
I hope in the next video I’ll show the first scenario of the game to all of you
Here’s the link on YouTube:
http://www.youtube.com/watch?v=51d06JCQPog

Thanks for the support
Nycholas Weissberg

looks really good! Great job! It looks great! Now lets see what you can do with the the gameplay

Wow finally something I can rate a 5 on these forums

Now show us some combat scenes ^^

So, are you in training or has the character finished that already, because I think I might have a cave system that might help you, the caves being somewhat of a “test” or training where you have to find an object. I’ve also got some weird looking rocks that would be an interesting map as well. As you can see from them, jumping from platform to platform, I think, would be lots of fun for tutorials or bossfight. Oh, and the cave is a lot bigger now, I’ll get a render of the new one later. 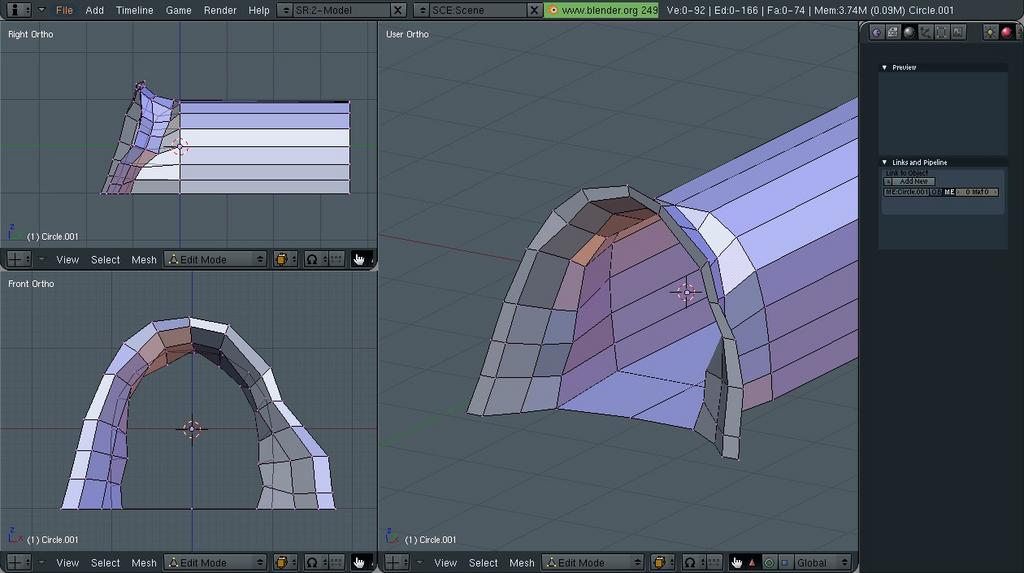 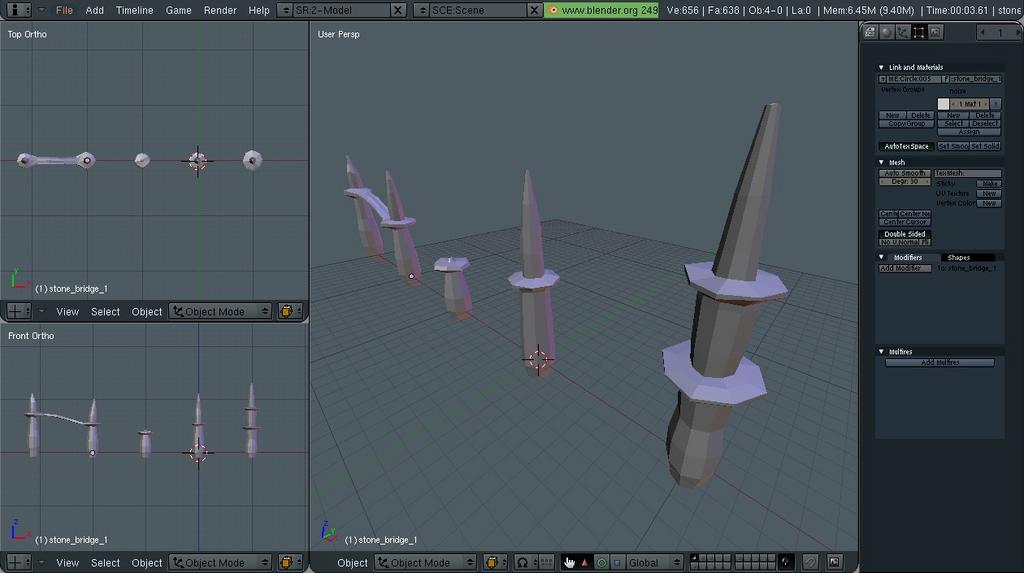 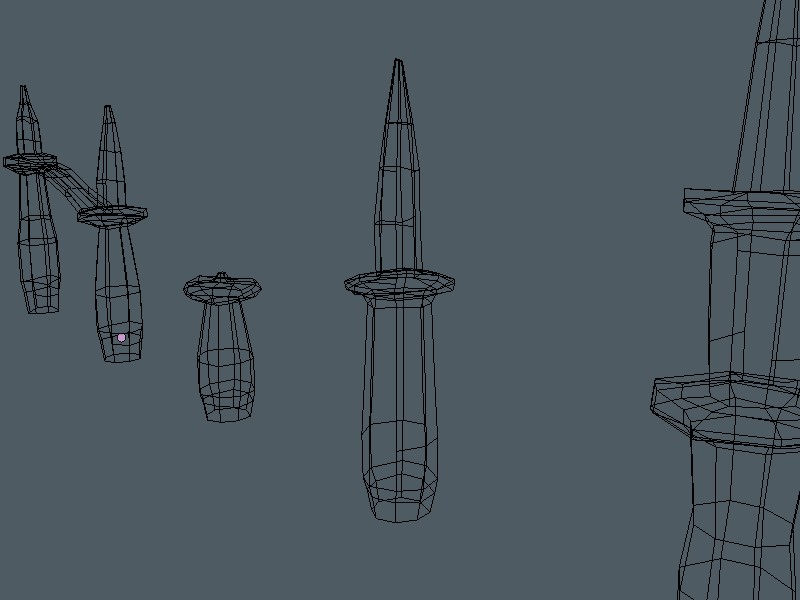 Hi it’s me again
Thanks for posting your work but I’m looking for something more finished (textured, materials and etc…) I’d like to see more works.
Here’s an example:

well, I’m not that good at texturing, but the textures are just placeholders. I’m working on making them look better.

As for looking more finished, do you mean detailed or just looking good? I know the rocks look kinda blocky, especially the platforms, but you can’t go overboard with the geometry.

The “rock” was just the space representation for the character, it should look like this:

They don´t have to be detailed, just as you said they got to be “looking good”
Thanks by the way I made the tree in 4 hours
xDD

For the tunnel, I made it into a cliff face and so far it has a drop where you jump from ledge to ledge, then it spirals down for 360 degrees, then opens up into a cavern that has two passages. I’ll try to texture it to get some ideas of what kind of rock it should look like. Hopefully I can make some splotchy alpha maps for moss and other things.

I had an idea for a scenario involving the tunnels. You and your master could go don into these “training caves” where you’re told to slay the typical small monsters to get a feel for the game. But then you run into something thats a little bit harder, such as a golem. Not “Golem,” but a mechanical golem. I have an idea that might look cool and be low poly, so I’m sketching that out now.

Awesome idea I really, really liked it. Some time ago I had a similar idea but instead of a cliff side you entered a water fall (it’s the same but with a waterfall). It’s a training ground.
xDDDD
I’d really love to see some images (even if it’s just a sketch)
=D

This looks great! The story seems pretty straight-forward, but I can imagine its awesomeness if done right =). It looks like you have a solid team to work with, and that you’ve already done a lot of the programming already. I like character, his movements are fluid and you have separate animations for walking and running! Nice attention to detail, both in how he looks and how he moves.

Alright, I have a video and some images of the caves, let me get those.
Do you get vimeo?
as in vimeo.com? 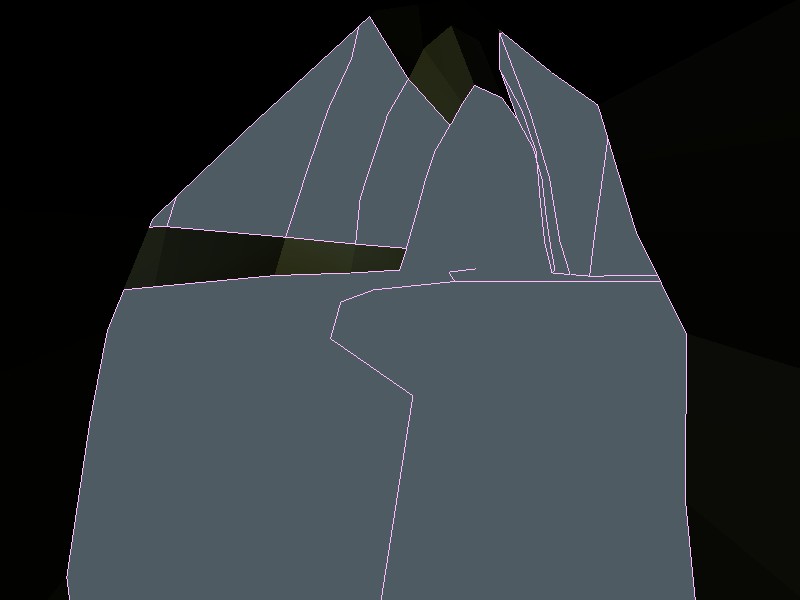 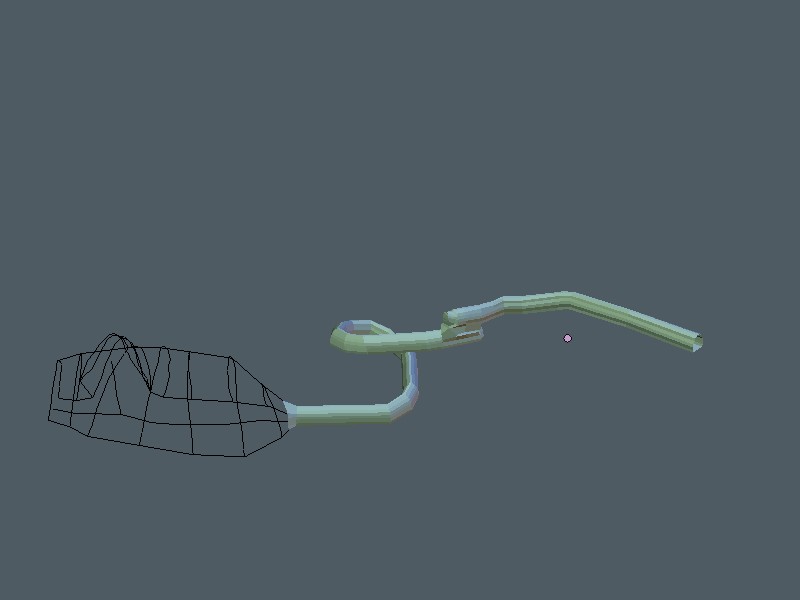