Seems like ages since the last time I actually made a post here. Reason for that is that i haven’t done anthing worth posting about.
Been doin’ alot of testing and tweeking. Trying to make a space theme render that someone would wanna put for there wallaper. Can’t say I made it yet, but I did make alot of progress. Well anyway check for yourselfs and let me know 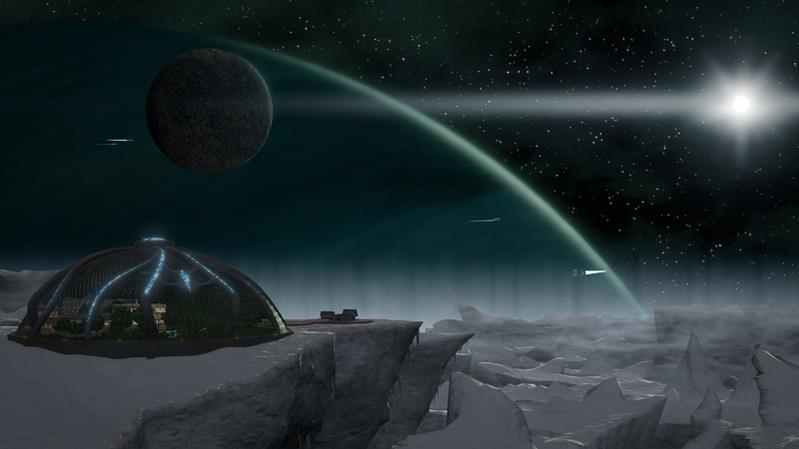 Awesome! but I would make the moon a bit defocused or fogy or something, so it looks like it`s out of the atmosphere.

I definitely like the graphic elements of this scene … the bold line and semicircle, and the general rule-of-thirds composition … although I feel that the space-dome is slightly underexposed.

From a rule-of-thirds point of view, the space dome is sitting in a prominent position but it’s sitting in the dark, which is jarring. There are also remaining opportunities to put something of interest in the lower right-hand corner “third” space.

Would love to know how you made the ‘energy beam’ effect hitting the planet… I always have issues with anything like that, looks great.

Great work. Hope you release the .blend file on Blendswap.

hey everyone thx for commenting

@@alanplanes15[/B]
-not exactlly sure what you mean by “too fogy” :S Care to elaborate?
@@sundialsvc4
-thx mate! I love critiques like yours. And I agree that I could’ve done somehitng more to the right side corner to make it a bit more interesting. But as this stated out as a test to see what could be done diferently, there’s a line where it’s easyer to start over than to make any more alterations. So I will keep it in mind for my next project

My vote is for the minenebula one

Mine Nebula is now on BlendSwap for anyone who is interested.