I’ve been meaning to work on my lighting skills, so this is my first step in that direction.

A simple underwater effect was the starting goal, along with using the new 2.5 approximate indirect lighting. I still can’t seem to get rid of the tight geometry lighting errors in the approximate settings. Another problem I ran into is the image function on billboard particles, it seems to be broken for alpha mapping… 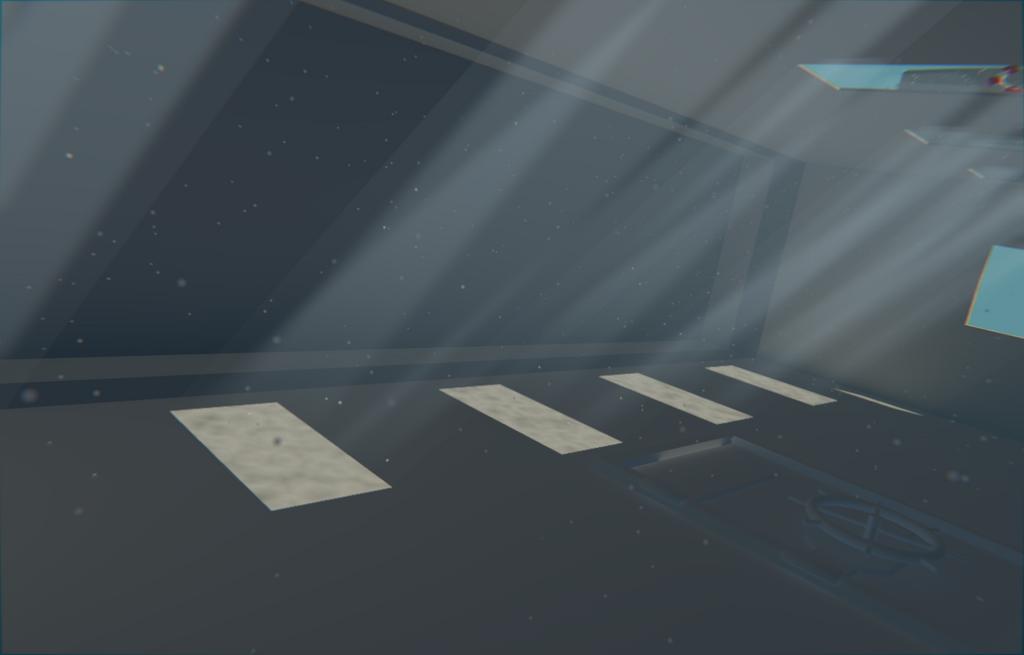 there is one advantage I know of for the approximate method - it properly samples textured surfaces, whereas raytraced seems to only grab from a material’s single base colour. also raytraced seems to use white light for everything after the first bounce.

to the OP: i think approximate GI works best on denser meshes, so try applying a subsurf modifier set to “simple” rather than “catmull clark” to increase mesh density without changing the shape of your surfaces.

also i always find it helpful to find a reference image to work from when doing stuff like this, it gives you a set goal to work towards when tweaking colours and contrast! good luck!

Again playing with the BI approximate indirect lighting. I’ve tried increasing the poly count substantially, using the subsurf modifier, but still running into problems with bleed through. I also tried the solidify modifier on worst offenders (building side and doors) but that isn’t helping ether. I have yet to test if those behaviors change when those modifiers are applied.

This render is a few, over exposed as per the nature of the shot, area lights inside for the primary, a very low sun lamp for the moon shadows, sky lighting turned on for ambient, and IL set to .75 and only 1 bounce, because the bleeding gets really bad with anything more then one. 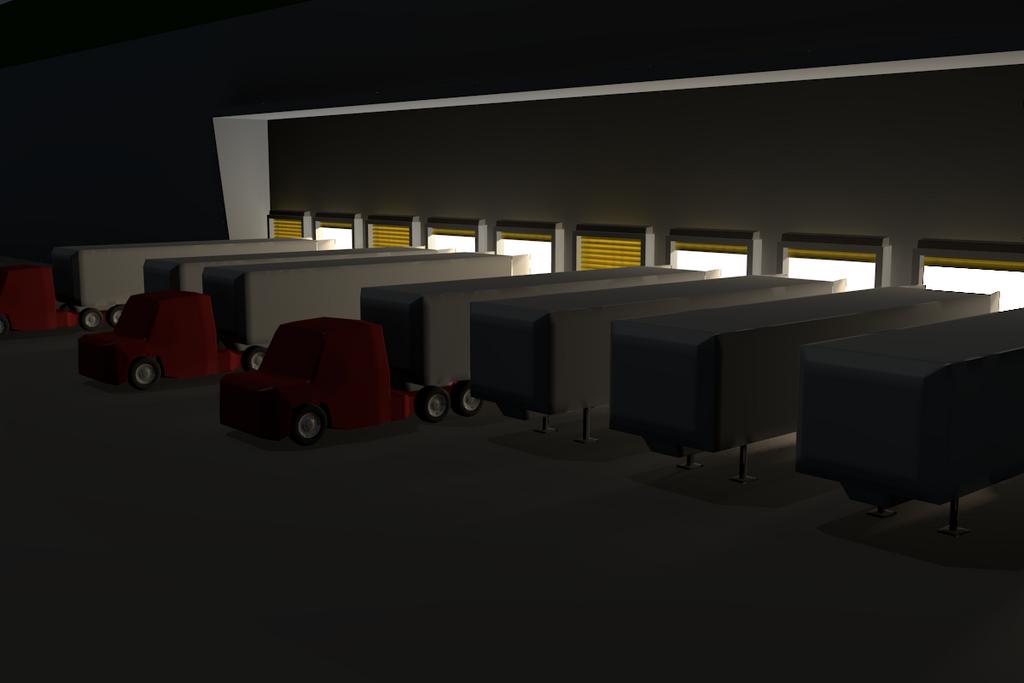 I’m still thinking you should try the raytraced GI instead of the approximate, because you don’t have those bleeding problems and there’s no long wait for pre-processing. You also don’t need subdivision (unless you want displacement)

The cache should work nicely for 1 bounce, any more and you might get more acceptable results without the cache on and the samples cranked up. Use arealights when possible to assist in illumination.

ok, I didn’t realize that option was available… (sometimes you got to tell me more then once before it gets through my thick head. :o ) Got it now.

I tried 1 bounce with cache enabled, but the cache gave me inconsistencies between buckets among other things, so I’m not using that for now. (I would assume this is because its still in development? I got the windows 28879 build from graphical.)

Below is 16 samples, “shade once” (not entirely sure what that does yet…) and 2 bounces. Other then the settings in the “world” panel and removing the simple sub-D modifiers, I haven’t touched anything from the last renders. With how approximate and caching tend to add brightness to the shading the picture seems a bit too dark now, but nothing tweaking can’t fix. For now I manually ran a 1.75 gamma correction on it post render time. It’s a step in the right direction overall.

Comments & Criticisms are always welcome. I have not been working off of any kind of reference pictures as of yet… so I may be missing things.

Edit: Staring at it for a little bit, I really miss the bevel modifier… 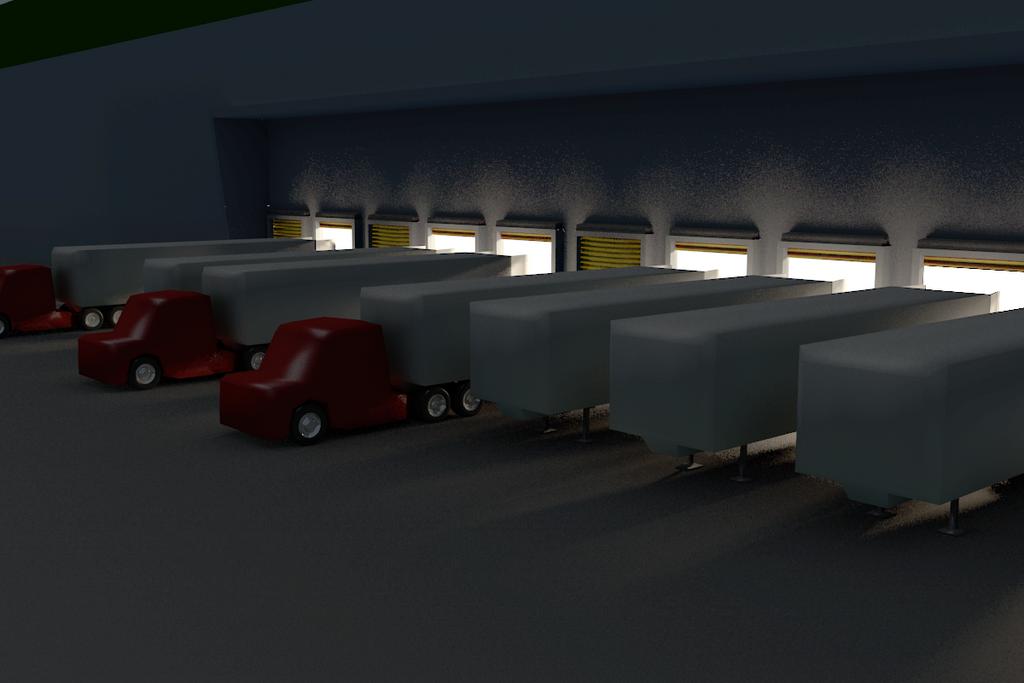 Edit: Staring at it for a little bit, I really miss the bevel modifier…

The bevel modifier is still there in the list when you bring up the modifier stack, just set it to only bevel on edges of a certain sharpness.

For now I manually ran a 1.75 gamma correction on it post render time. It’s a step in the right direction overall.

You don’t need to do that, just turn ‘color management’ on, for additional brightness, set the indirect brightness to 2 or more and set the falloff range to a high enough value so it covers the whole scene.

Also, if you need large scale bumpmaps (not the small scale ones you have now), use displacement instead as the option to more accurately render them ‘full shading’ gives black dot errors, I also then recommend subdividing with the multiresolution modifier as it does everything subsurf does and seems to render a little bit faster (on my computer at least)

Also, if memory then is an issue you can lower the memory usage by selecting QBVH instead of SVBVH