Hey all. This is from a Star Trek movie project I’ve been working on for a while. Not much past a script and a few ideas for characters at this point, I’m afraid. But I’ve been building a Sovereign class bridge off and on now for a little while. Here is what I’ve got so far. 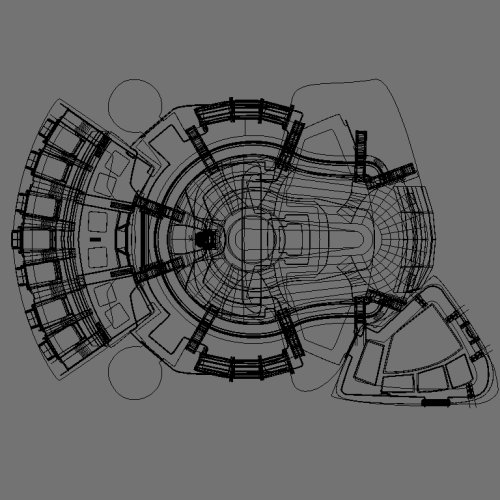 The main bridge portion of the set. The ceiling is really a rough estimate. Hopefully we won’t be seeing it too prominently in the finished product.

The ready room. Really happy with how this came out. The lighting will be a little softer in the finished project.

Well, that’s it. C&C are welcome as always.

I love star trek! But I’m a lot more into enterprise than the other ones, I don’t even recognize that ready room or command deck but it does look great! Maybe you could provide reference images so we can see how well u did

Bridge :
-The chair base looks odd, what are all those triangles?
-Metal material needs some work

Ready room:
-The specular value of the metal material on the “wall lamps” seems to be off.
-Those handheld pads are too thick, I’d “slice them in half”.
-To me that painting on the left looks like its floating there.
-This is more of a suggestion, but I’d make the ship on the right less “vertical”.
-Is it me or does it look like the pillow is going through the couch?

I used the actual set blueprints from First Contact to get the overall shape of the bridge, ready room and observation lounge (not pictured). 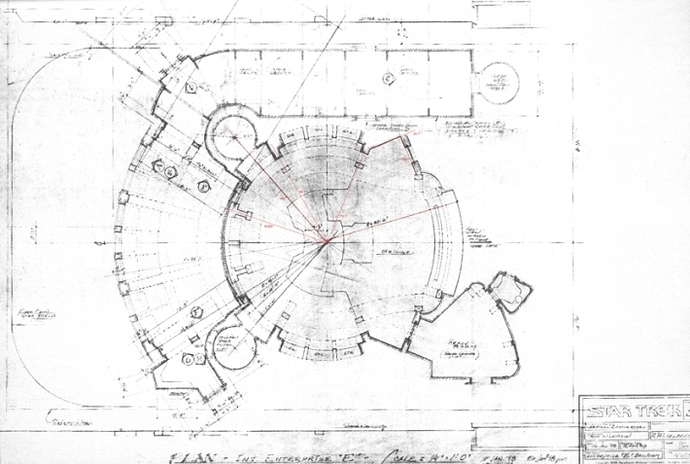 As for the details, I took a little bit of liberty in making them.

Here are some of the references I used for the bridge set:

The ready room was a different story altogether. Apparently, its shape changed sometime between First Contact and Nemesis. It was barely recognizable in Nemesis because they added a pretty long hallway between the ready room and the bridge. That was so they could disconnect the ready room from the rest of the bridge so they could operate the gimbal which was used to shake the set.

The ready room is highlighted in the upper right hand corner of the picture: 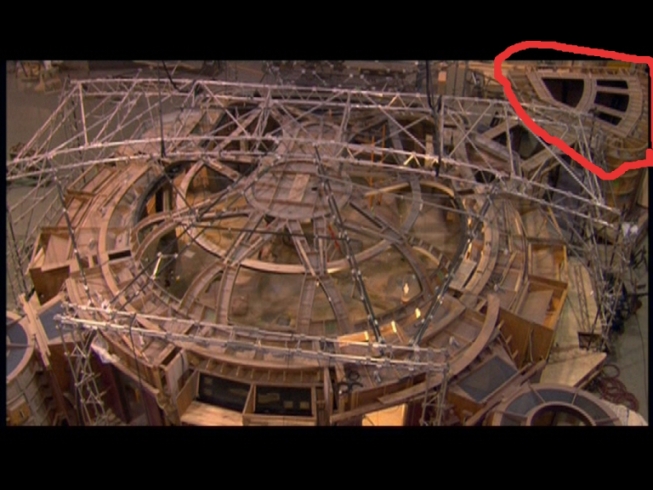 I used that picture to get the general shape for the new ready room. The original was much too small to really get any interesting views and I didn’t like its shape very much. In the end, though, my ready room is still quite a departure from the actual set plan even for Nemesis. I explain this away by saying that the “Adamant”, which is the ship for the project I’m working on, is a different Sovereign class than the Enterprise-E.

After that, I used movie snapshots to get the ideas for what materials to use for the walls. 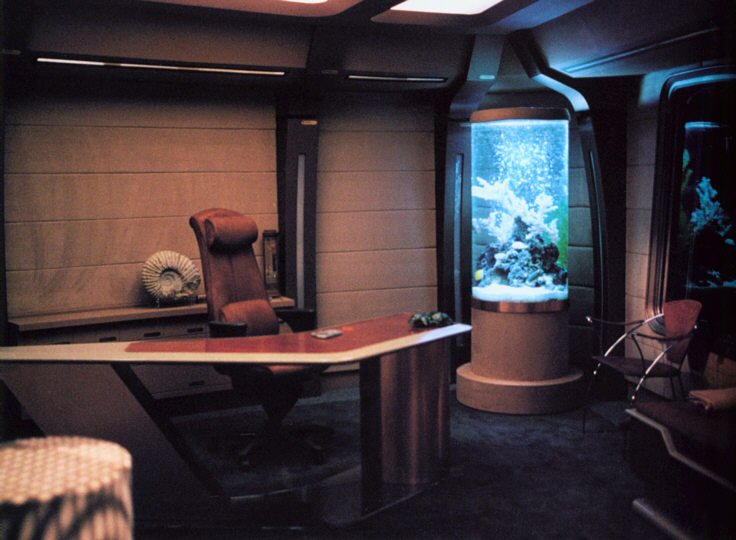 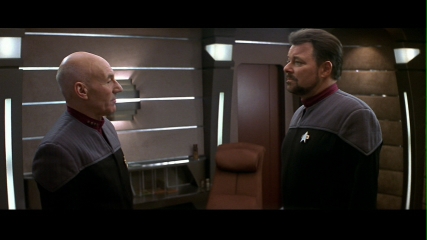 And that’s that. Overall, not identical to the movie sets, but, in the end I explain it away by the fact that this is a slightly different ship than the E-E.

question: Why are Riker and Picard in there? I thought they only did TNG and DSN…

question: Why are Riker and Picard in there? I thought they only did TNG and DSN…

First Contact is a movie with the TNG crew. So was Nemesus, and a few others. Or at least one with a planet that had life extending/regenerative abilities.

Borgleader: Yeah, the chair is just a place holder until I get around to modeling the real thing. The padds are the same story. And you’re right. The picture is actually just floating there, I haven’t gotten around to making a frame for it, yet. I say it’s just floating there because there’s some kind of anti-grav unit the captain’s using because he doesn’t like to poke holes in his ship’s walls to hang something on.

Thanks for mentioning the materials. They do need a little help.

Anyone else have any ideas?

Nice, looks neat. Is this gonna be all CG or do you plan to implement some kind of green screening to put actual people into it?

All CG. I don’t think the 3D sets will be able to stand up to live action very well. On their own they seem to work, but when compared to the real thing, they’re really lacking. That, and my friends don’t really want to play in a Star Trek fan film. I can’t really blame them. I wouldn’t really like to star in a fan film, either.

I figure it will give me much needed practice with character animation, and I’ll have much more control over how the characters look and act. As for character creation, I’m cheating and using Makehuman.

Anyhoo, pictures of the engine room and the observation lounge. Both are still being textured.

Observation lounge. The muted lighting serves two purposes. 1.) It’s like the real observation lounge in the movies. 2.) The model is so bad any higher lighting will be an affront to the eyes.

At any rate, that’s about where that project is. A few animations of the ship have been made. One of those is in another post: http://blenderartists.org/forum/showthread.php?t=113270

I love how the warp core looks

Thanks! It actually works, too. :eyebrowlift: The animation’s a little too smooth right now. The actual warp core’s lights are actually a little more…well, I don’t the word to describe it. They’re more jerky(?) than this core. Hopefully I’ll find a way to make the core’s pulse a little more like the movies.

These models are amazing!

Big Star Trek fan. I think the renders are great! Keep it up