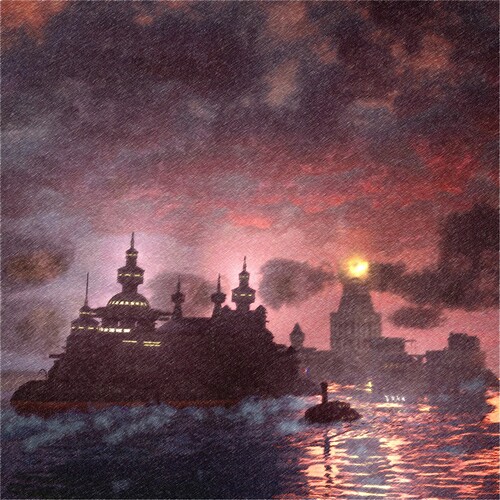 This is a project made for fun - and I hope it’s not a problem to post it here, as Blender only got used for laying out the scene and rendering.
It basically started with a personnal challenge from a pun. In French, a castle or stronghold is usually named “chateau-fort” and a lighthouse a “phare”. I had the idea of making a “chateau-phare” which you could translate as “lighthouse-stronghold”. Since the concept was from the beginning over the top, I decided to create the buildings as some weird assembly of various buildings added in different locations and times, to create what could be a lighthouse appearing and disappearing here and there with its own logic.
Technically, I modeled the lighthouse entirely in 3D-coat polygonal modeler. Why on earth ding this, instead of using Blender to model the whole thing ? Simply as a personnal challenge to learn and master this new module in 3D-coat 2020. Using Blender for modeling would of course have been way easier, but I must confess I quite enjoyed using 3D-Coat new polygonal modeling module. UV unwrapping and painting was naturally done in 3D-coat also. The steampunk ship, I modeled long ago in Lightwave 3D when I was still using this app.
The scene was prepared and rendered in Blender with cycles. I used flip fluids add-on for the ocean. The fire of the lighthouse was made with native fluids. A few area lights, and lots of vdb clouds.
I added some details in Krita and finalized the sketchy look in Fotosketcher.

Here, I placed the illustraton in a fake newspaper, in Scribus. 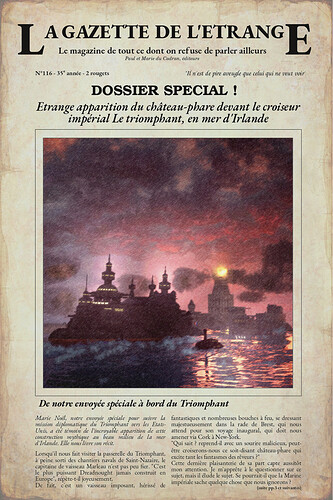