My personal animation project made with open source software. Rendered with Cycles, composited with Blender’s built-in compositor.
MakeHuman was used for you know what, GIMP for 2D stuff (there wasn’t a lot of it really), Audacity for some sound effects. All put together with Blender’s VSE. 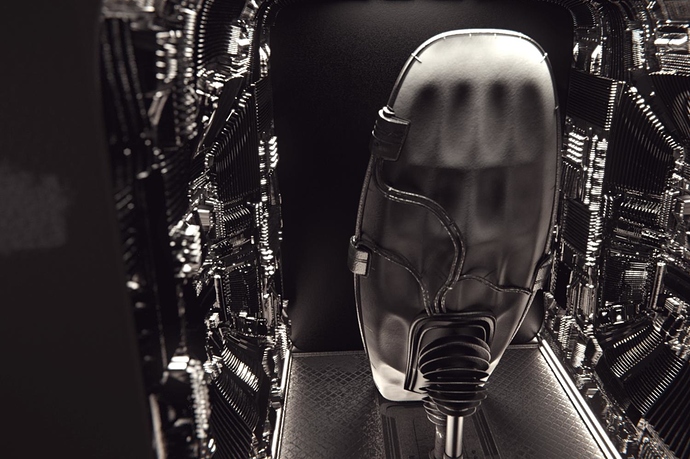 Oh my god, 2160p, with cycles, that must have been a looong render ! :o
This is crazy, how long did it take for the whole project ? (Besides the render time)

With my rating, that gives you and average of 10/10

Great visuals! Very imaginative and realistic (in a Sci-fi kind of way). Bravo!

Thanks for all the responses!

The 4K/2160p version uploaded to Youtube was actually upscaled from the original 1080p. I had to do this to avoid losing all the fine detail. Youtube’s compression is very bad, so 4K is similar to properly encoded 1080p. But rendering even 1080p was a pain indeed.

I started working on this more than 1.5 years ago and tried to record the hours I spent on the project. The total is around 930 hours of actual work. Could have been less if I was more experienced from the beginning.

Most of the frames were rendered on my machine. Originally I had a single GTX 770 GPU, and later bought a used GTX 670 in addition. Can’t tell the exact hours, but probably the total time would be equal to at least 1 year of 24/7 rendering for the GTX 770 plus 6 months for the GTX 670. Also I tried to utilize every CPU I could use, but they were really weak in comparison with the dual GPU setup.

For the clouds scene I had to spend some money to rent additional computing power, fortunately not a lot. Otherwise I would have to wait another 2 months.

Great work man, I loved it

Wow, that is incredible! Tremendous work, Anton! To dedicate so much time to a single project requires a strong vision and commitment, not to mention incredible patience. Your final work is beautiful. I’m impressed at how good all the materials looked, as well as the animation of the objects!

Great work! You should be very proud.

curious didnt you enable motion blur in the first hall scene, or is my internet connection not that good?

Thanks again everyone, I’m very happy you liked it!

Razorblade, it was probably very late for submitting it as a demo reel entry, but we’ll see how it works out

The first scene does have the motion blur, but 24fps frame rate is quite limiting in terms of motion smoothness. It’s always a balance between “too blurry” and “too choppy”. The brain is more sensitive to motion in high contrast areas, so it looks more choppy at the frame edges in the first scene.

Wow!!! This is more than impressive! Excellent work!

This is probably the coolest blender animation I’ve seen so far! Keep it up!

Love it! The abstractness and everything. Great job Anton. Especially for sticking with it for over a year! amazing