I was asked to make a possible cover for the EHT’s Nature Astronomy publication revealing the first EHT images of Centaurus A. You might be familiar with some of our other work–we brought you the first image of a black hole. See our new paper here.

Here, I reimagined the EHT logo in an overly literal and dramatic sense. What would it look like if humanity really opened up the Earth to form the base of a massive telescope? 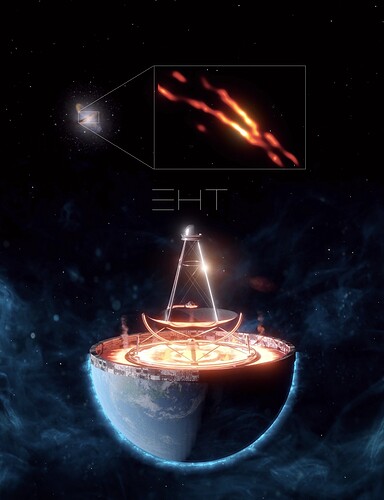 I focused on the little details, trying to balance between overall composition and finer detail. Smoke rises from the magma and fountains of molten rock shoot into space. Everything you see was rendered in Blender, even the special effects touches like the space mist and the unphysical blue corona on the Earth.

The render is inspired by the logo of our Collaboration: 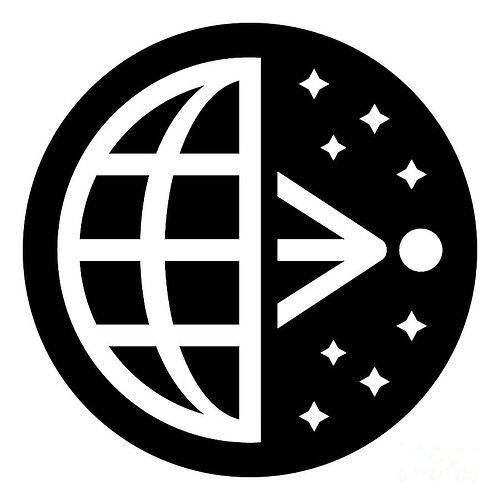 A fellow Collaborator was amused by the movie-poster-esque styling and asked me to come up with a synopsis. For your chuckles:

In the year 2241, the EHT has an iron fist enclosing the galaxy. The hunt for better resolution and longer baselines has led to an unceasing war spanning the universe. The scientists, once proud and noble, gazed into the abyss…and the abyss gazed back into them."

This looks really nice! Good luck with getting the cover “onto nature”!