Everblack is a 2d adventure platformer with an art style of paper shadow puppets. I have had the same problem as many other blenderers with not finishing a game idea because of time and the size of my games. So i plan on creating many smaller sized games to really hone my skills and then come back to my better ideas and really polish them up. Here is a short video after a couple days of work:

the look is awesome.

Its very clean and reduced to what you actually need!
I just feel a bit queasy with the animations and personally I would let the character accelerate and decelerate to let the game feel like it has got real world physics!
Are you into python logic? If you want I can help! Just message me!

I just feel a bit queasy with the animations

I feel the same way(especially with the jump animation). They are just placeholder animations for now. i needed some quick animation done so i could script the gamepad controls.

personally I would let the character accelerate and decelerate to let the game feel like it has got real world physics!

My movement script uses analog movement with a gamepad to control him so he actually does accelerate and decelerate (and also controls what animations to play based on his velocity), so you can definitely feel the acceleration/deceleration if you are playing the game(kind of hard to tell in the video though). It actually controls very well and it is fun to run around and jump. When keyboard controls are added, there will be noticeable acceleration and deceleration to make up for the loss of analog movement.
I’m trying hard to really improve my character’s physics and movement, and i will need a lot of people’s opinions to make it better, so thank you so much for your constructive criticism! It will definitely help me!

Are you into python logic? If you want I can help! Just message me!

By python logic, do you mean scripting? If so then yes I am VERY into python logic! The game actually has very few logic bricks. im trying to avoid them so i can force myself to not rely on “the easy logic brick way out.” I know some people might not agree with that statement, but I’m trying my hardest to become better at python programming with blender and i feel like the more ways that i can learn to replace a logic brick with some lines of code, the better of a programmer I will be. If I need any help, I will definitely let you know! Thank you for the offer!

Thank you, and good luck to you as well! I am actually eagerly awaiting updates on your project!!

I’m almost done with most of the mechanics of the game. I have finished character movement, ladder climbing, and screen to screen teleporting. As soon as i finish the other mechanics on my list, i can get started on actual level design and art.

I wish i could show more, but here is an early view at the first puzzle of the game 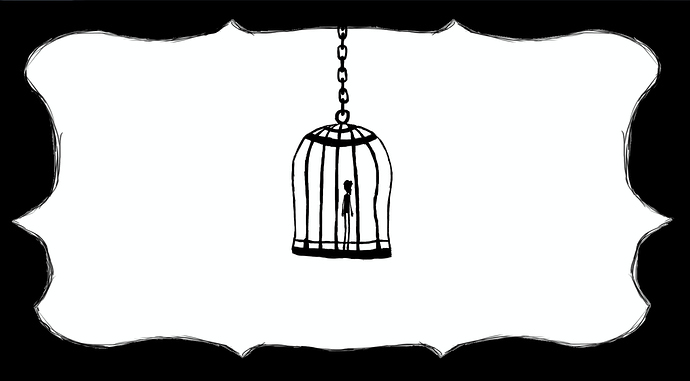