Hello Everyone!
Just saw OTOY’s GTC youtube video and i was impressed by this specific feature they plan adding to Octane,i think the image speaks for itself. 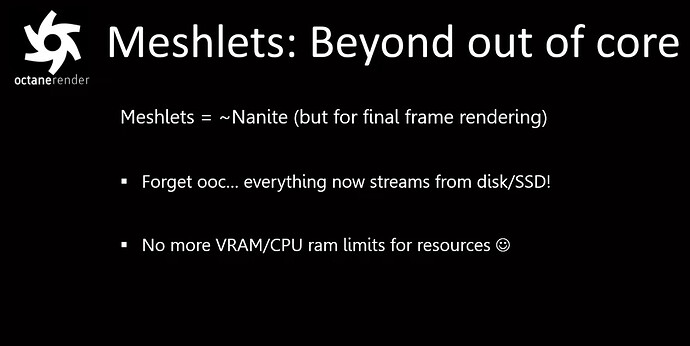 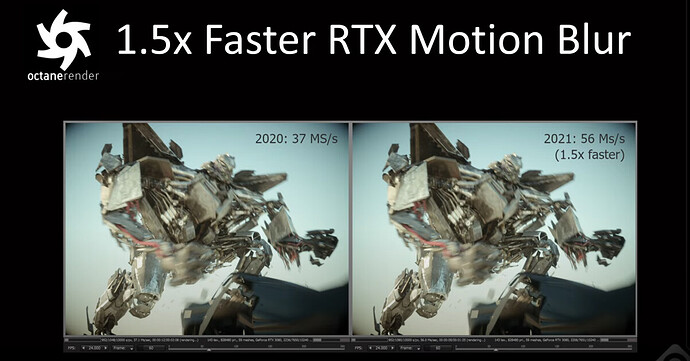 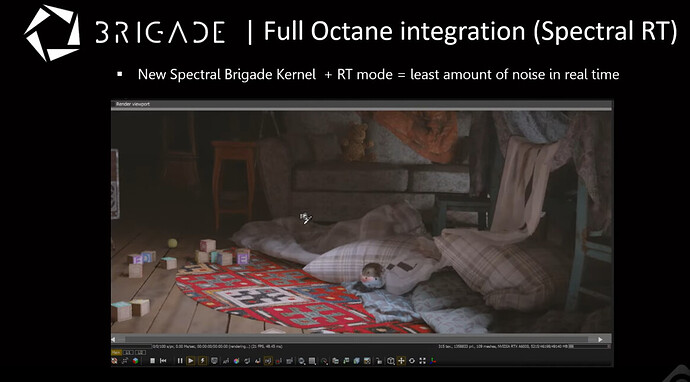 I know that Cycles is also supposed to have real time path tracing making use of the Optix Denoiser but
its far from this presentation. 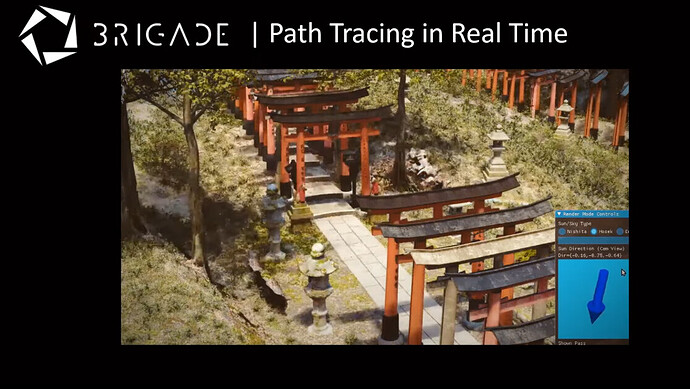 To sum up,i am NOT saying that Cycles is bad and Octane is good,(that would be stupid).I find both render engines awesome,and cycles is free compared to octane and can produce super good renders too.
I was wondering though,will we,by any chance have these features as well in the future?

On a long enough timeline, sure

I like octane renderer and would like to see these new exciting features, but let’s remember that otoy’s development is probably happening in some parallel universe or some other dimension.

Remember they announced brigade 3.0 in 2014! That’s 8 years ago and they already had 3.0? Of a software that never existed in this reality…

I’m completely numb to otoy’s promises and visions of future. These days if I want to be excited for new rendering tech I look at unreal engine, even with pathtracing (They’re adding decals!) everybody else is just kinda stagnating or in case of otoy hyping their mushroom dreams.

Yes, meshlets feature also caught my eye. Would be interesting how it eventualy will be implemented. And also, sooner or later it’ll be in cycles.

What i didn’t like is extensive use of NFT in second part of the presentation.

me too,NFT’s shouldnt be considered as art.

Octane is great software but does anyone else feel like they chase the “buzzword” of the day?

Again, not saying Octane is bad, it’s not but all this stuff doesn’t make a significantly better renderer than others out there does it?

I suspect that it feels that way because of Jules, probably the geekiest of the geek.

I agree with you on the crypto stuff, I looked into it, but it doesn’t do anything for me. The nanite and huge image stuff would be awesome to have, I feel that this alone would make Octane a much better renderer.

The holodeck/meta verse things are where it appears the most of the confusion comes from. I have been thinking a bit on it and this is probably why Octane’s development appears so disjointed. I have a feeling that Jules asks a lot of the developers and has them doing many side projects on future tech. I can somewhat understand given that GPU development has always been more difficult than developing for a CPU.

Even given that, at least in my own experience, Otoy does eventually make it happen, with the exception of some things they don’t have any control over (Apple, etc.)

I have been thinking a bit on it and this is probably why Octane’s development appears so disjointed. I have a feeling that Jules asks a lot of the developers and has them doing many side projects on future tech.

This made me think, we saw him talk a lot about future tech. At least since ~2014 brigade renderer. But I actually don’t know about any big successful project of otoy other than octane. I don’t count ember gen, that’s jangaFX. If otoy didn’t have octane, what would they have? Would we even know about them?

Sorry for a bit off topic.

There is a few, like the Light Stage (more hardware though), Sculptron, and RNDR. I’m sure I’m probably missing some.