Existence: Existence will be a FPS with RPG elements. It is set in a post-apocalyptic world, with dangers around every corner. The game will be released in parts, called chapters. I expect around 7 chapters per game. The game will be very open, with many choices the player will be forced to make. Decisions made in earlier chapters will change events in later chapters.

Existence Game Mechanics:
Existence will have a few different game mechanics that change the way you play, some will only be available to use if you make the right decisions while playing the game.

Weapons - Guns or Melee.
Powers - There will be many powers that you will be able to use, Telekinesis, Destruction, etc.
Time manipulation - Slow down, Pause, and Rewind time any time you want.
Stealth - Stay in shadows to avoid combat, or to attack your target and deal extra damage.
Customize - Almost everything to the player will be customizable, weapons, cars, etc.

NOTE: Prologue will only feature the weapons aspect, due to story restrictions, and incomplete code.

Existence - Prologue
Prologue is a proof of concept demo. With 4 weapons (Ak-74, Mac 10, .45 Colt, and a Wrench)
and 2 levels each with a different atmosphere, 1 Action, 1 light horror. It is set 5 days before Chapter 1, and follows a lone soldier infiltrating the ‘Dead Zone’ to get some Intel from an enemy faction - The Reapers.

The reason I call this a proof of concept demo is because, although most features are coded, some are not “finished”. Basically although I call this demo finished, some of it feels like it’s in its beta version. Some things, like the Full Inventory, disabled because of bad design. And some other things are mock-ups and do not work.

Prologue Features: - With thousands of lines of code in the demo, these are just a few

Countdown to Release!: - ETA TBA
I expect this demo to be released within the next few weeks. I just need to squish the bugs, and to get rid of dependencies. Although I wont be able to release it if no one can build a recent recast blender…

I think that’s it…
Thanks
Ex.

Screens! - If these screens look too dark, please tell me. I am not sure if my monitor is calibrated. I know that a lot of people make the mistake of using too little light to create a horror environment, but I assure you that if it looks dark, then its probably the calibration… 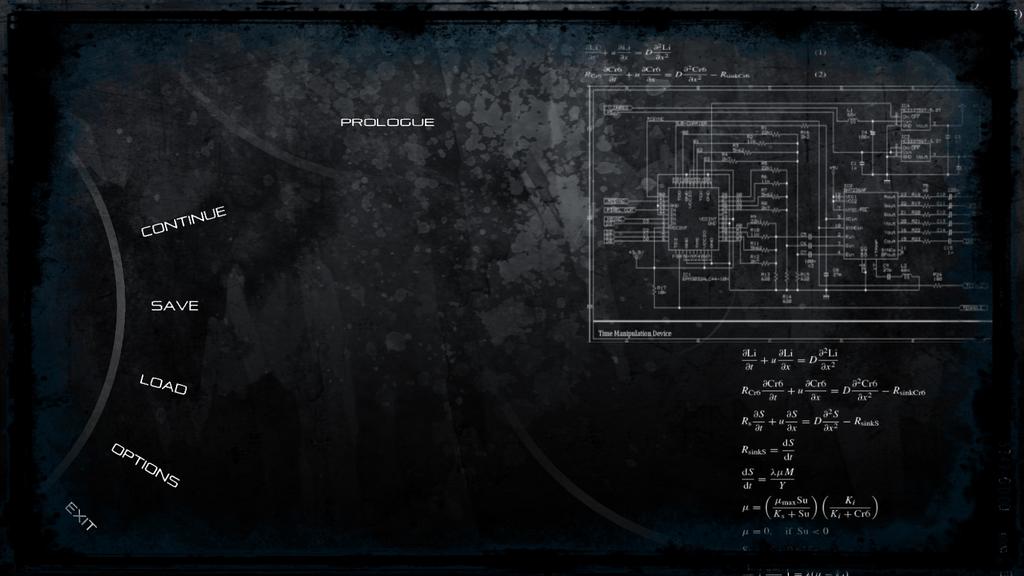 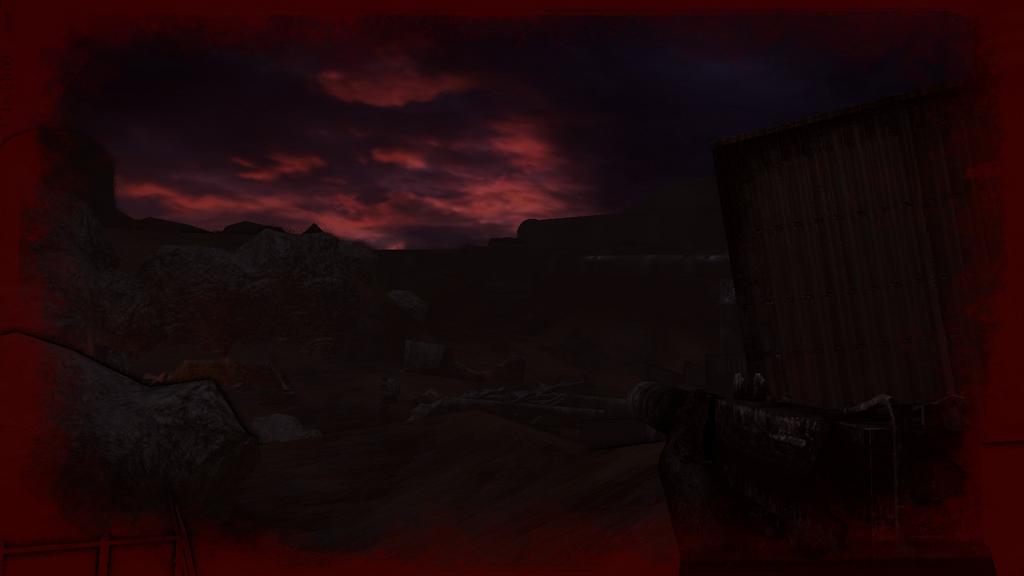 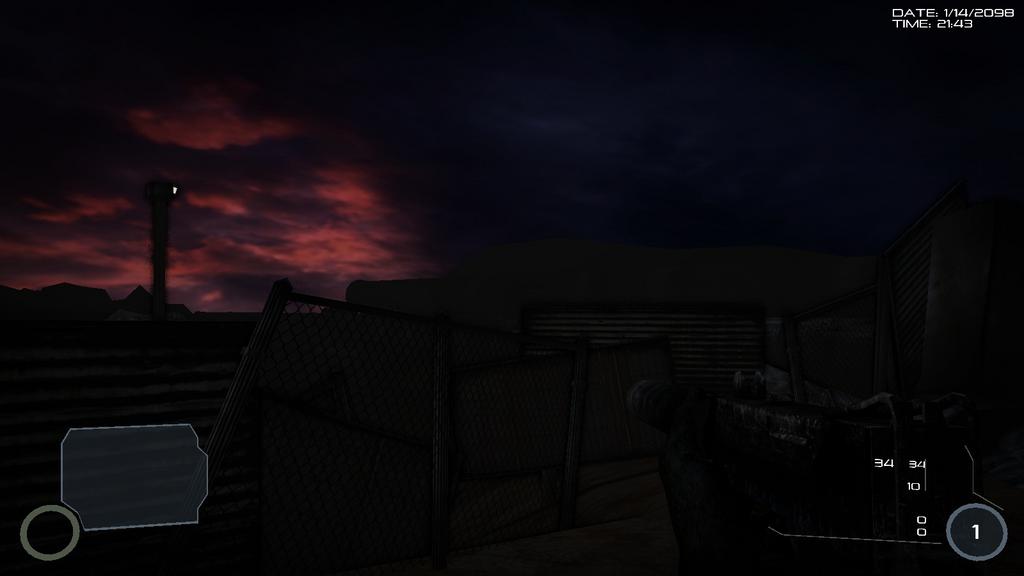 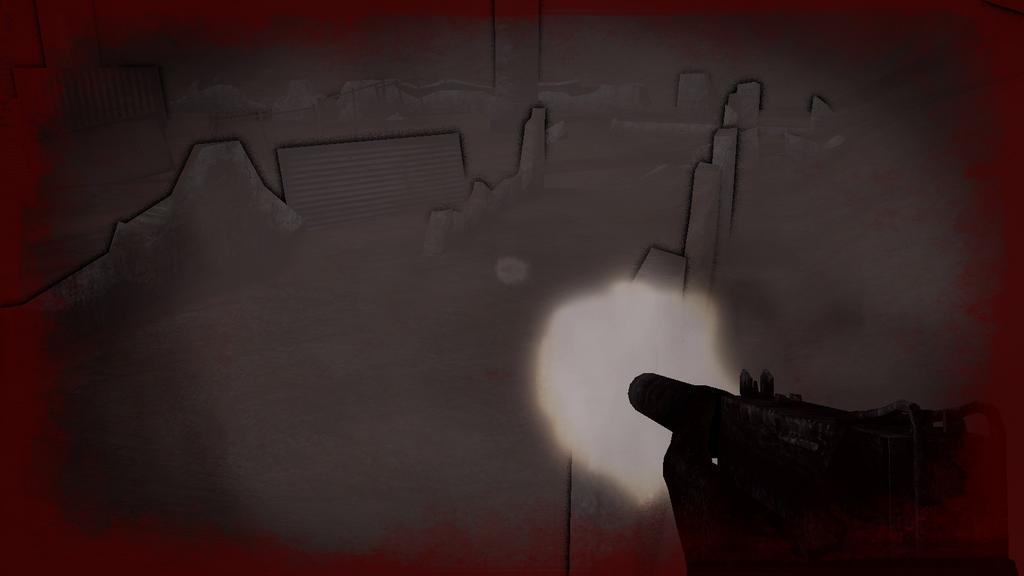 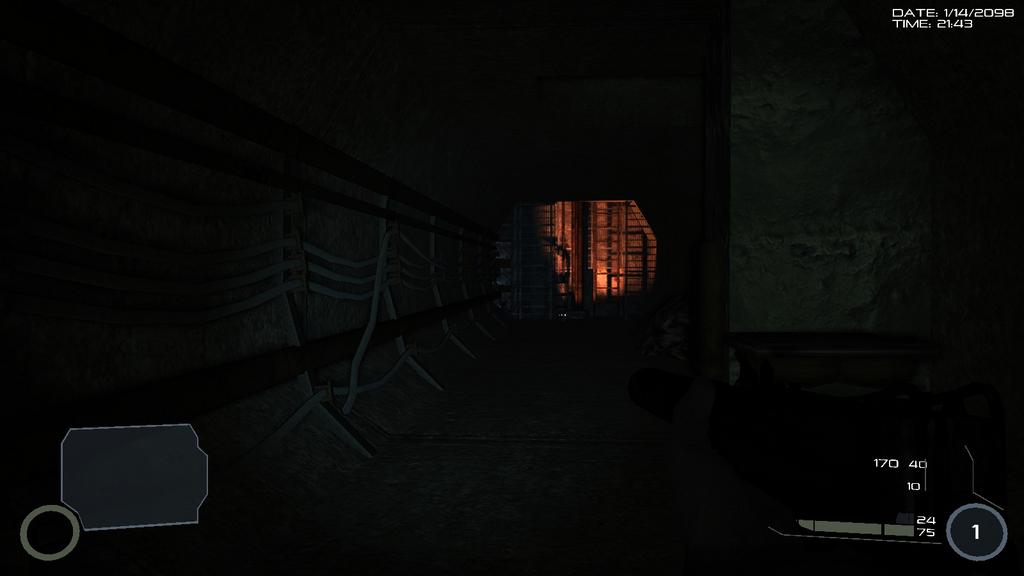 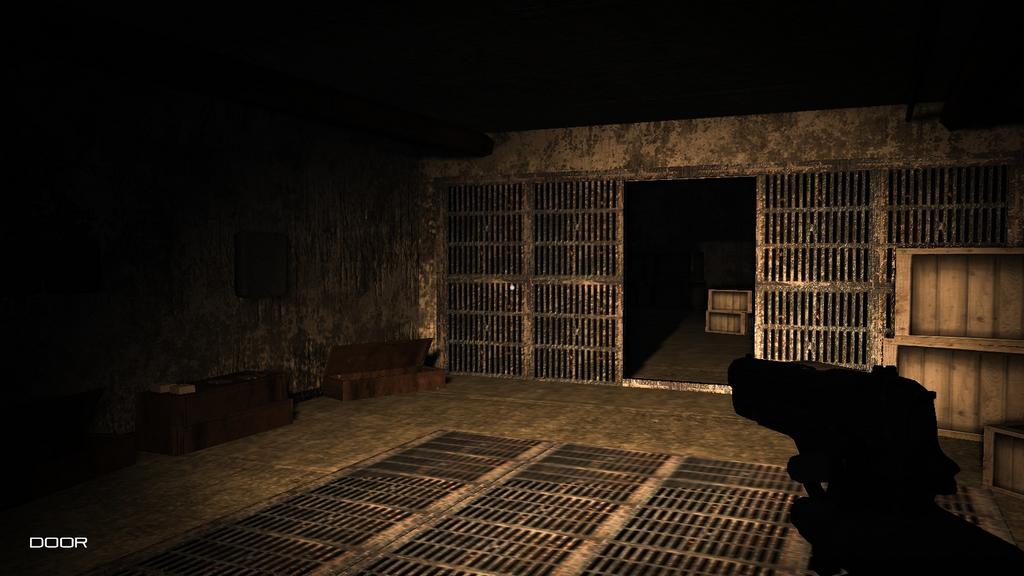 you are making an awesome job here, i hope that on the next blender release we have implemented those functions, that you need, the soft shadow and alpha shadow ll be awesome.

looks great! i’ve been watching this for a while so it will be nice to see what the end result will be.

will you be releasing the blend or just an exe?

Great work, it’s nice to see you’ve made such good progress on this

In some screenshots it does look quite dark, although I don’t think it affects the look of the game much.

Hey, You’re back! I hope the release goes well, and you can finish off those bugs!

Looks incredible… Very proffesional. But you are right, the pictures are a bit too dark (IMO)… Can’t wait to test this out.
Mind sharing your LOD system?

Thanks for the replys!

@BlendingBGE: Yeah I took some inspection from Crysis, and Mass Effect, but it will probably change a bit before I release the demo.

@Jellyfish: I will be releasing the blends. But there will be a launcher that will act like an exe, that way you wont have to worry about opening the right blends.

@gill: You will be able to see my LOD scripts when I release the game.

That way I wont have to right a tut, instead you can see how it works for yourself.

I have a test that will tell me what brightness my game should be at.
3 Screen shots of the same area. Tell me which looks the best for a dawn/night setting. 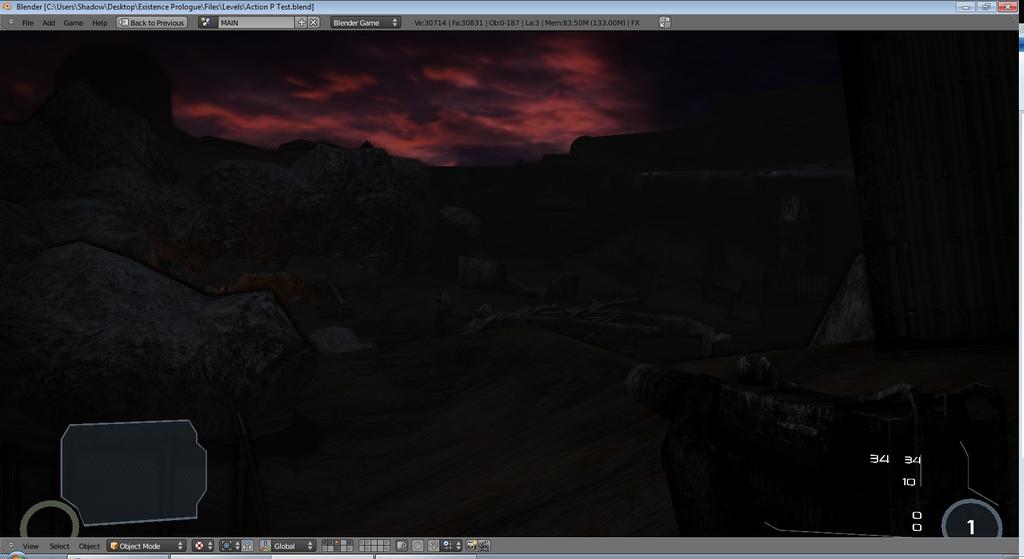 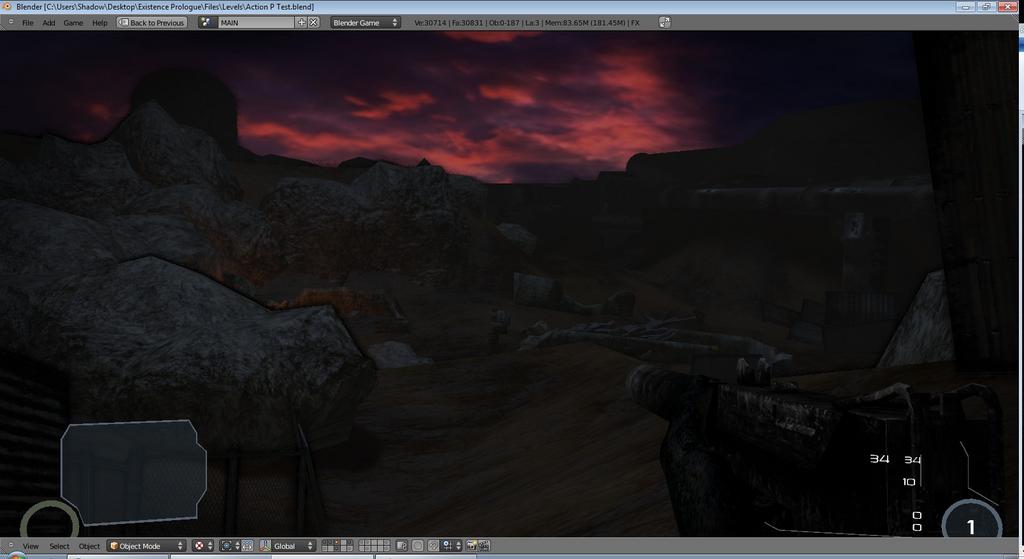 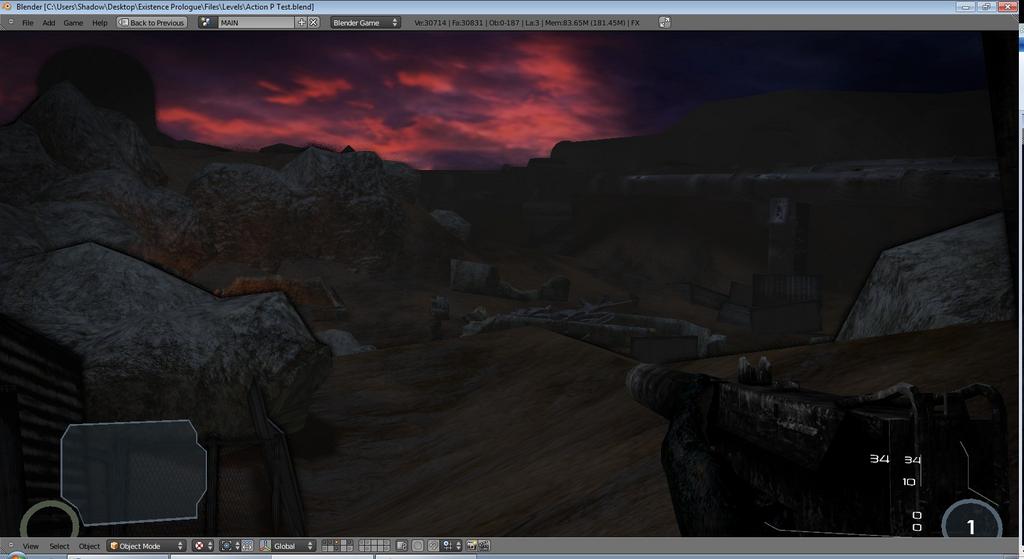 I’d say the middle one, the last one looks a little too bright…

I’d say the middle one, the last one looks a little too bright…

Seconded… First one is too dark to see anything at all. The third one is bright, too bright for the I feel you are trying to achieve IMO… Second one is clea enough to see wihle adding enough ambience to make it feel dark and ominous…
Love th pic btw…

I dunno, maybe it’s just my monitor, but I’d say they’re all much, much too dark. If you set up the lighting/materials so there were highlights on objects around the ground (especially in important areas) then the sky wouldn’t be completely overpowering the ground as far as attention goes. I’d say the same for the screenshots in the first post, too.

Contrast issues aside, the game looks good so far :]

Fantastic, judging from the screenies, I’ll say you’re up to unleash a great game! Keep it up, I’ll be waiting for the launch!

Thanks for all the nice replys!

So it seemed that most liked the middle picture the best. So using that as a reference and taking Captain Oblivion’s advice (Thank you!) I redid the color palate for the mission, added highlights, and I think it looks mind blowing! 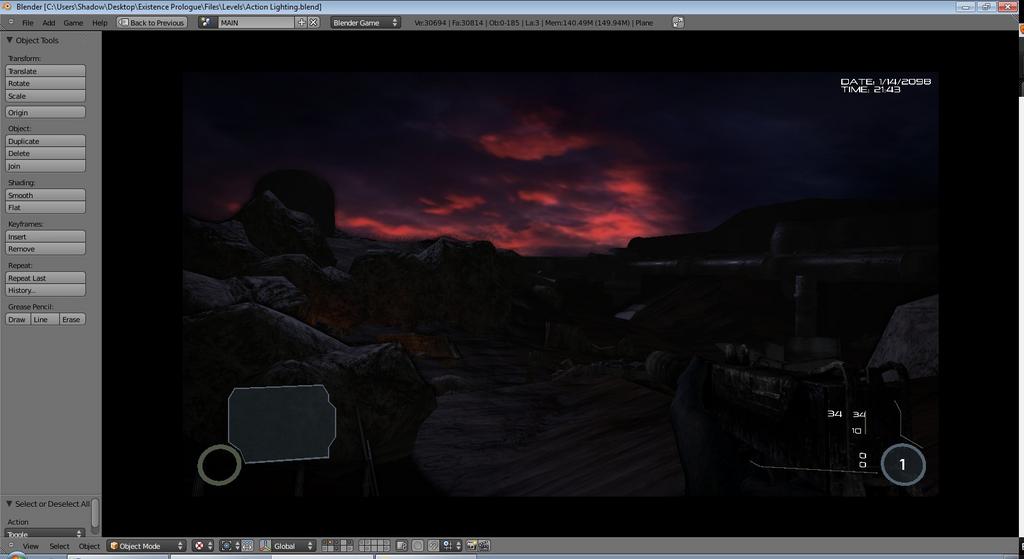 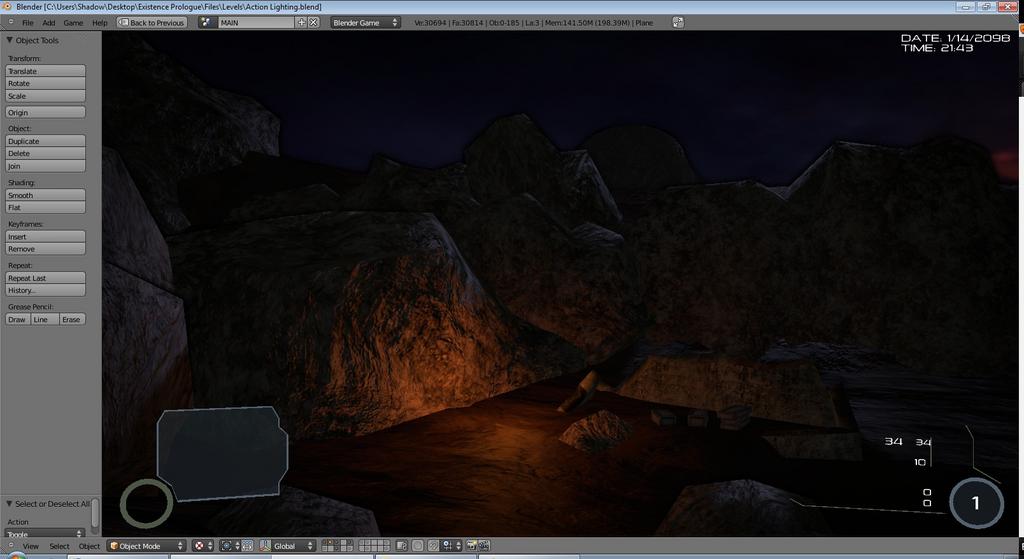 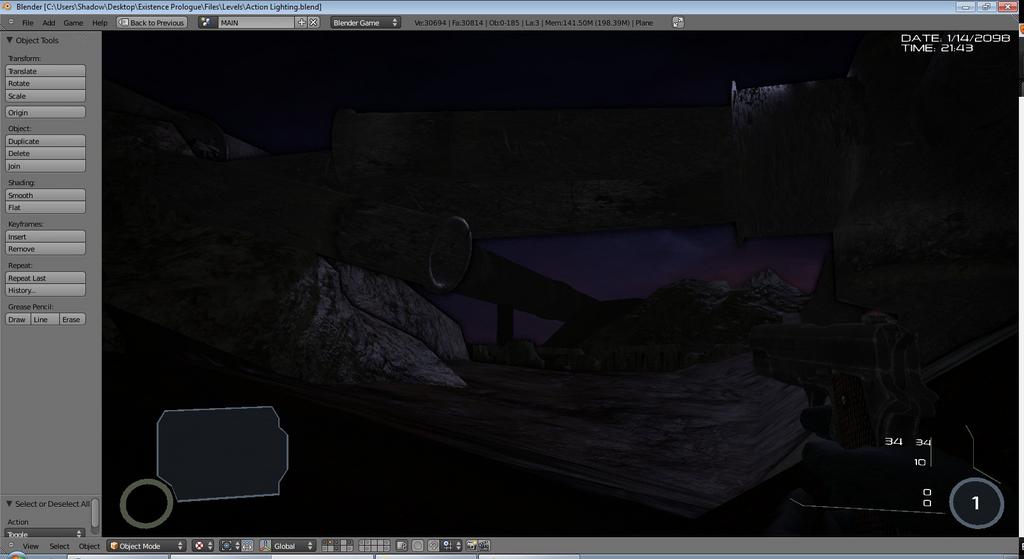 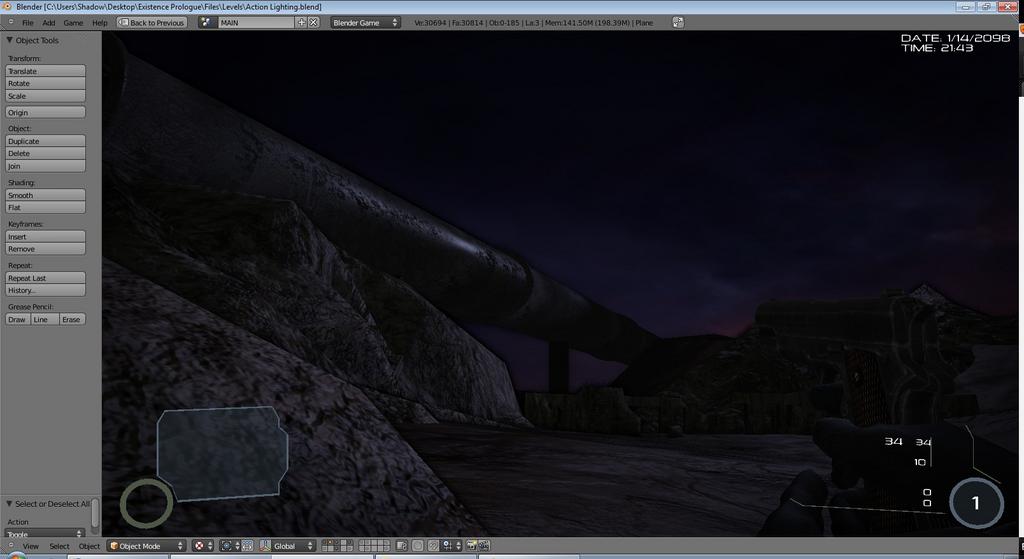 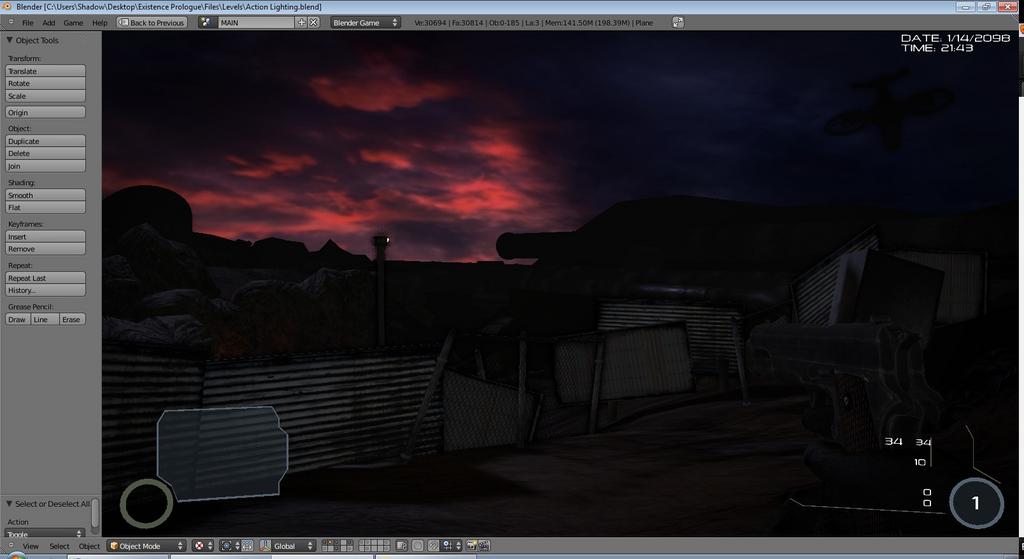 This is unbelievable.
It’s Crysis for free*
*graphic quality!
I can’t wait to see both the LOD and minimap!
is it going to be networked?

I’ve decided that 2 levels is a bit small, so I am quickly setting up a third. This will have a few different game mechanics that will make it interesting and give variety to the demo.

I also fixed a lot of bug, and add a few small features.

I’m also debating whether or not to put in a realtime mission editor. For users to create single player missions. What do you guys think?

Screens of the third level: 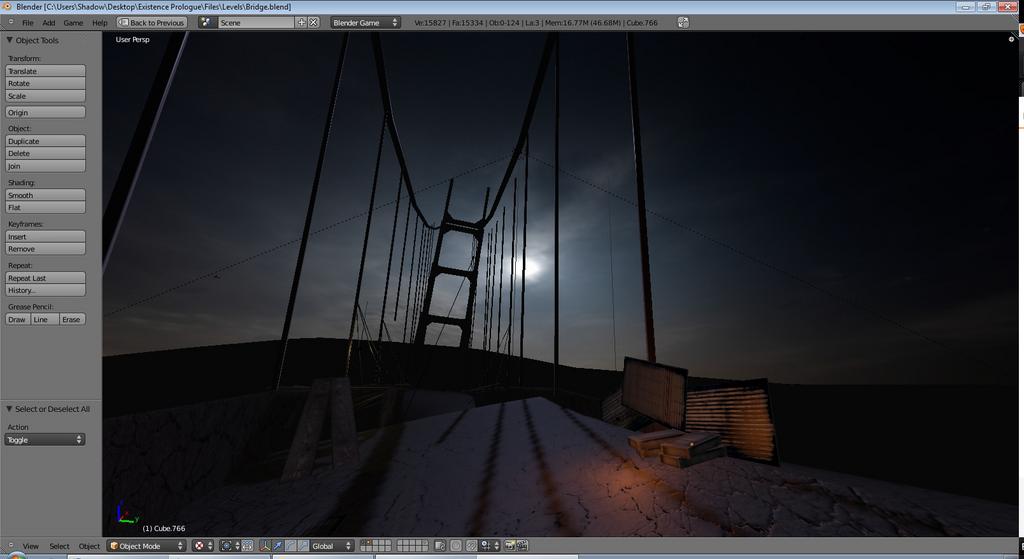 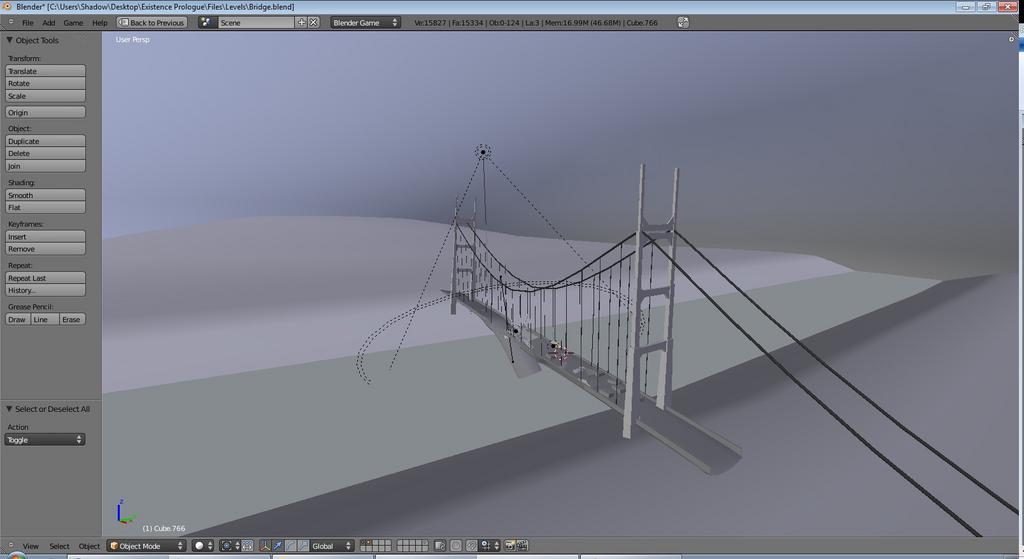 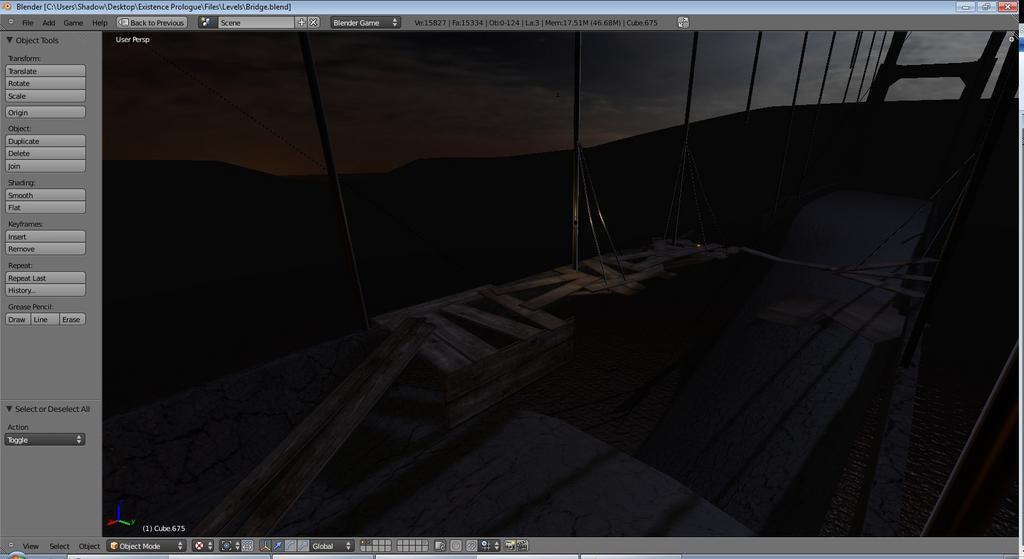 A realtime level editor would be amazing!!
Is that possible in blender though?
gill

Sorry for the lack up updates, but the project has pretty much been put on hold until the GSOC Recast and Detour project gets put into the trunk.

I still worked out a few bugs, and my time is not going to waste, I’ve made considerable progress on the mission editor. 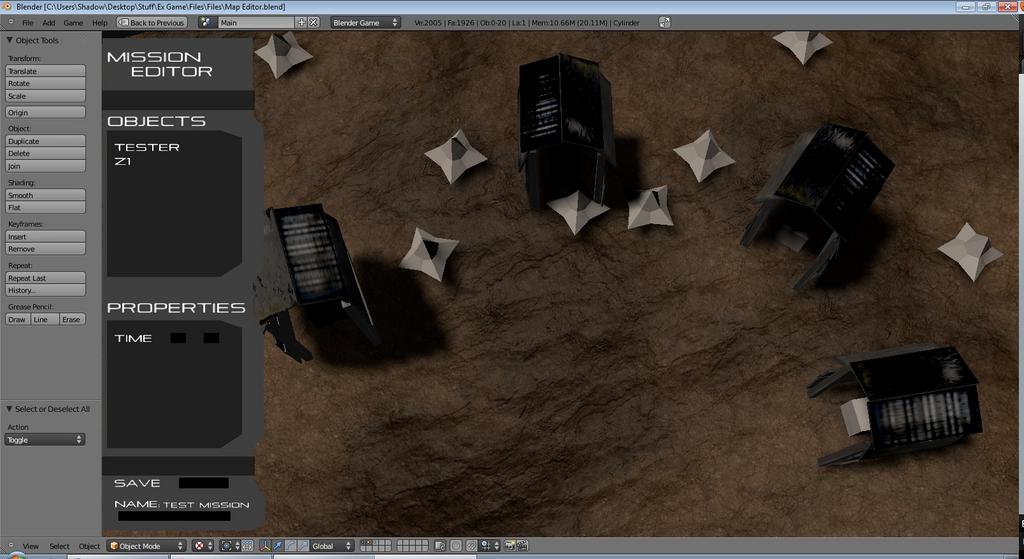 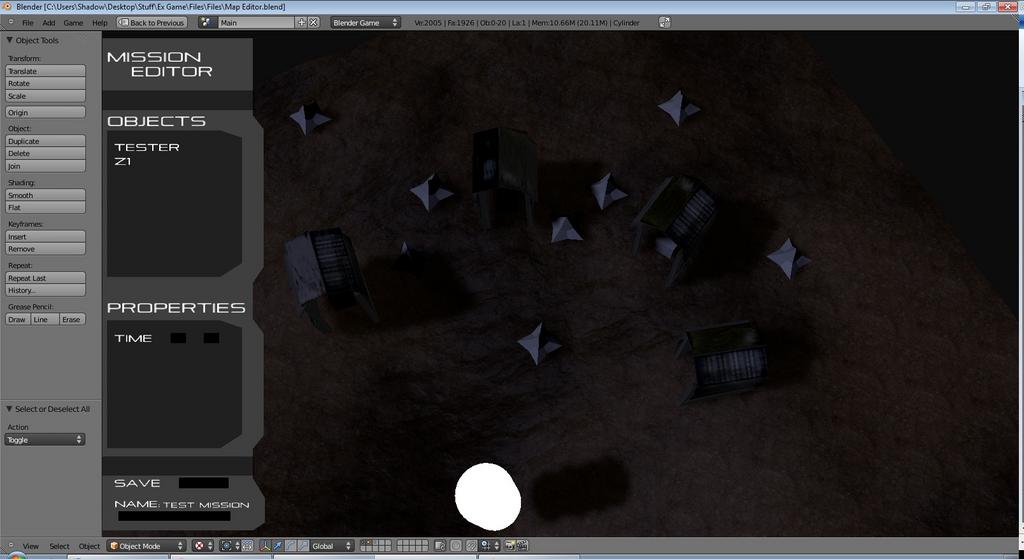 Its really shaping up. Will this be free roam? Its sounding slightly linear.

Also, do you still have the work (terrain and town, ect) from the previous thread, or have you scrapped that?