Hello all I’ve been trying to figure out the ways to make an animation that involves a snake eating food that makes their scales stay the same but stretches the skin between them, I’ve spent the past morning trying out different ways like displacement maps for the scales,but then they wont show the skin expanding in between, or making the skin of the snake in mesh form and trying to animate the skin separating with mixed results.I figure a tube with some physics and a ball passing through might work but I’m lost as to where to start on looking up tutorials for something like this. If anyone knows where I might find some tutorials on something similar Id be grateful. 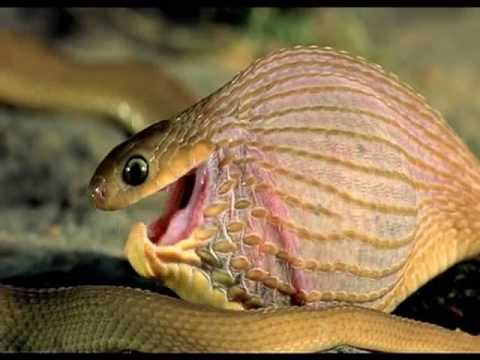 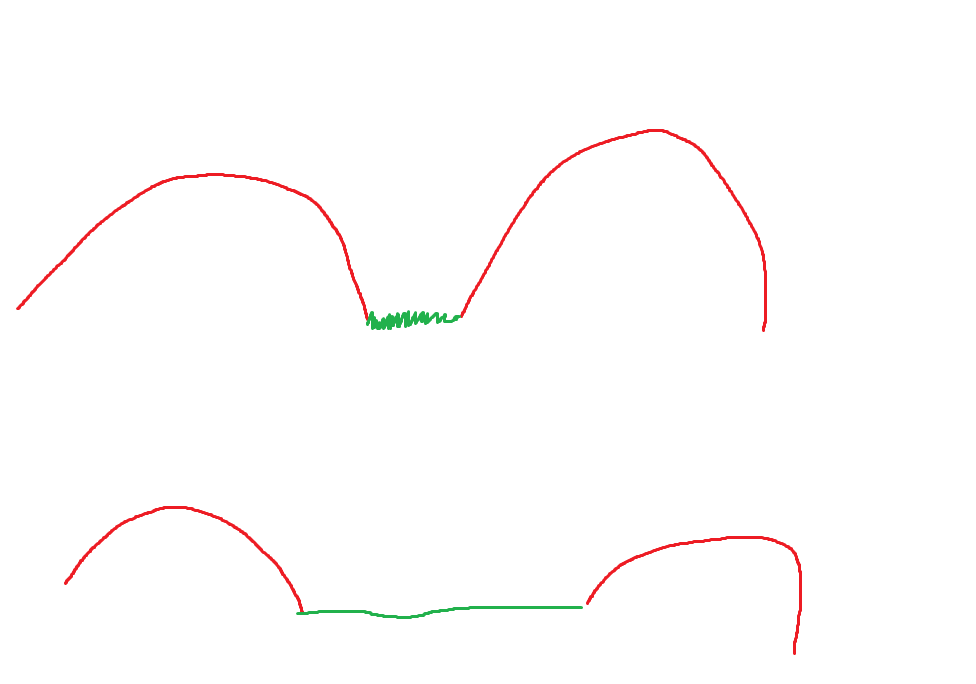 I remember seeing demonstrations of a system Animal Logic used for the skin on Walking with Dinosaurs. I always wondered how to do something like it in Blender. I somehow imagine it will be difficult with the current tools.

Maybe you could try to make a ball (physics collision enables) go through the snake (physics cloth enabled)
I guess finding the right stiffness, bending, structural params could fake the snake skin

Here is a quick gif I made to visualize the idea :

Maybe attach the scales as particles or dupliverts instead? This would allow them to be attached to specific point on skin but skin can freely stretch under them.

Would there be a way for the scales to pick up the texture of the object they’re emitting from?

I think your on to something kesonmis, if I combine tricotou’s idea with yours I think I can do it. I’m already drawing up some sketches and I’ll see how it works out later tonight. thank you all for the replies.

Yeah I like the effect of casting on a tube so for now Ill use that, Im currently trying to get the wrap feature from miratools to help apply the snake skin to a tube. Currently having to figure out the wrapmaster issue.

Was thinking the same thing

Well I did some tests and here is what I came up with. Almost all the effects for the scales don’t seem to work when you use dupliverts or particles as they either are too crowded and get weird effects when you start using the cast modifier. However using cast on it own really works with a single snake skin. But I think I figured out a even better way but its going to require a bit of building, and since I’ve been working on figuring this out since this morning I’m going to take a brake, but it seems the test piece worked really well. Heres a hint “Parent to vertex”. Ill post images and possibly the blend too once I get it working. Laters all.

Just a quick addition, yup this setup will work but its going to take a few hours to make it complete so Ill post the result tomorrow.

Current progress but I think I have a few updated ideas on how to speed up the build progress. So for now here is a quick render, the parts of the scales now follow the stretch of the skin but do not stretch themselves (or at least not much). A better version of the scales would probably overcome this.0001-0160.avi (2.1 MB) https://youtu.be/GlGKyVeRdV8 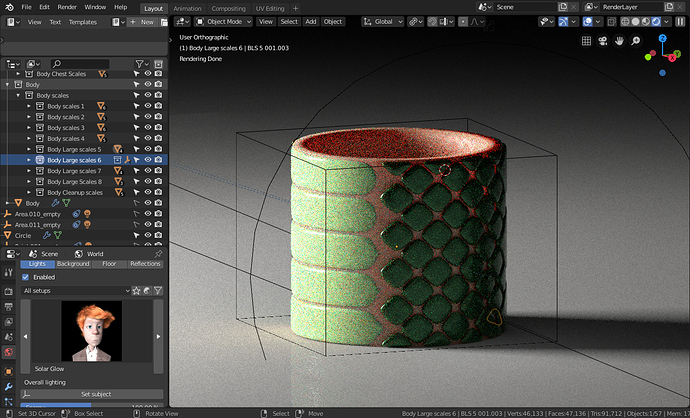 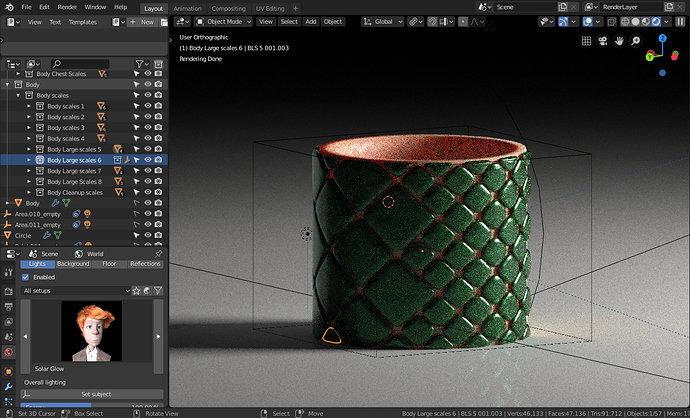 Redo Scales3.jpg1280×777 518 KB
I had some RL stuff to deal with yesterday and couldn’t work on the setup till today, but in the mean time I already found a better workflow that basically meant my original 30 min body scale build was cut down by 15 mins.
I still haven’t worked out a way to apply all the scales to a vertex independently all at once, so the more scales you have, the more you have to individually attach to the skin. If there was a way to array the skin it might be useful with a curve to allow the snake like bending but for now it would have to be a fully skinned snake. Ill have the original skin done later today. Although you can apply modifiers and materials to each object using Cntrl - L which saved a LOT of time when colouring and solidifying the scales.

Addition: I meant the building of the scales on their own, the rigging to the skin takes much much longer.

Original snake skin with all the scales applied. If anyone is interested Ill post a tutorial on how to do this. I think I could even get the scales to attach to the skin better using weight transfer.