I’m needing to export some files from blender as either 1).obj or 2).3ds.

I’ve been messing between Lightwave and Blender, but am not having the best results. I’ve looked on the forum, but this seems to change quite often and I haven’t completely nailed it down.

I need to export models, hopefully with textures, into a program called Lyric. And I really don’t want to look like an ass when I do it, as it’s at my newer job and I’m trying to help introduce 3d content from Blender into the mix. They currently have no one who does 3d, so their usage of the 3d portion of Lyric is practically non-existent.

I read somewhere the textures have to be UV mapped. Is that true? And which of the two formats is better to use to export? Should I expect any problems with either materials or textures?

Thanks ahead of time for any help. I want to impress them when I do this, so I really want to make sure I have all my ducks in a row in case something isn’t working correctly, at least then I’ll be ready for it and able to fix it quickly. If it works well, it won’t be long before we’re using Blender 3d for our broadcasts. And like my friend Carlito says, That’s Cool.

Personally, I think .obj are easier to import and export than .3ds. Don’t ask me why, because I do not know. But when I have messed with other 3D programs into and out of Blender, a format that usually ends out best it .obj although .3ds is a little more common (?).

Personally, I wish someone would come up with a universal import/export type that all or most programs could interface with. (A challenge for you programmers out there) :o

I had the same relative problems with .cmod and .3ds import but I found a great 3D converter. Check out some of my previous posts if you want to learn more…

Personally, I wish someone would come up with a universal import/export type that all or most programs could interface with. (A challenge for you programmers out there)

as a matter of fact there is one:COLLADA. It’s the first attempt to create a universal 3d format which every 3d modeling application can save to. This way ensuring totally cros–compatibility among packages. 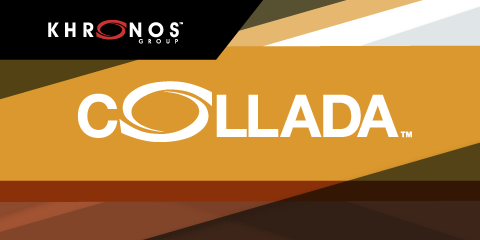 COLLADA™ defines an XML-based schema to make it easy to transport 3D assets between applications - enabling diverse 3D authoring and content processing tools to be combined into a production pipeline. The intermediate language provides…


the good nes is that blender already supports it, the bad news is that other 3d packages may not.

I agree with Jace about obj. It imports and exports in blender without a problem. Nice format. I also like 3ds since many apps export to it but I read somewhere that latest blender has got a bug with its import-export script and that there’s a fix here in the forums. I’m trying to hunt it down but…nothing! If you guys find it please let me know

Use obj, it’s very solid in blender nowadays. You can also use wings3d to model your stuff and then export o obj.