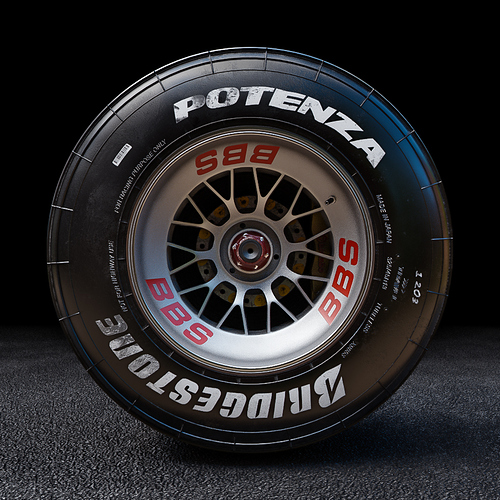 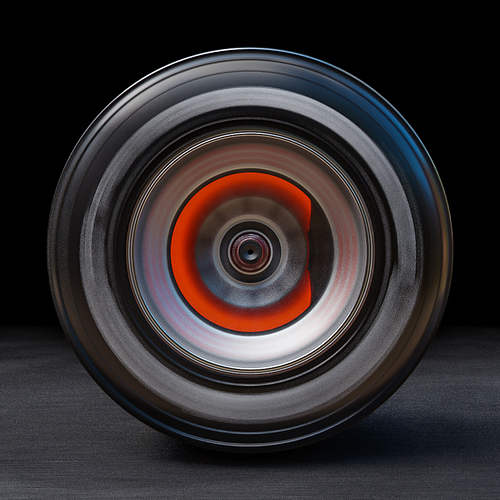 The wheel is visible on sketchfab (without the brakes):

Woooaw! That tire material is so sexy! Did you use substance painter?
The braking effect looks really great as well, but I think I would add a bit more yellow in there and a bit more color variation.
I found this gif on 9gag a long time ago - Except for the ‘failure’ part and the fact it is not quite a super car I think the video is pretty useful as a reference. https://9gag.com/gag/am2zo94

Sorry for critiquing your finished project. I hope it is okay. Don’t get me wrong. I love your renders!

Thx Dan! Feedbacks are always a great thing so no worries.In fact I did a more yellowish version but after some more in depth documentation, I found out that F1 brake disks were mostly red as soon as they were highly solicited.
The gif you show is no comparison with carbon disks and cooling system you have on an F1. Also the solicitation is, I guess, very low on a tourism/rally car compared to a high speed F1 car.

Depends also of the car model, year and so on. In 2000 cooling systems were not as efficient as they are now… (maybe not at Haas :p)

Hahah… Well somebody did the research - I obviously didn’t! Nice to see someone who cares so much about the details!

haha yes I love F1, I try to stay up to par on technical stuffs of this sport… which is impossible for real!

Yeah, that I believe! But it shows of in the quality of your work - which is awesome! I guess this is a bit off topic on this thread, but I would love to talk more about it later. I am working on rigging and animating a AMG 5.5l v8 engine atm. If you are interested I can send you a link in PM with some of the test animations.

Oh that’s nice! I’m working on an F1 scene and so I tried a first approach of simple rigging a car. (with only empties and constraints). Far away from final result so far

That stuff takes a loooot of time! Just getting a car rig to turn naturally is not an easy task.

I use a curve as a trajectory and then use my rig to turn the steer let the car follow the ground variations. But I’m far from done… 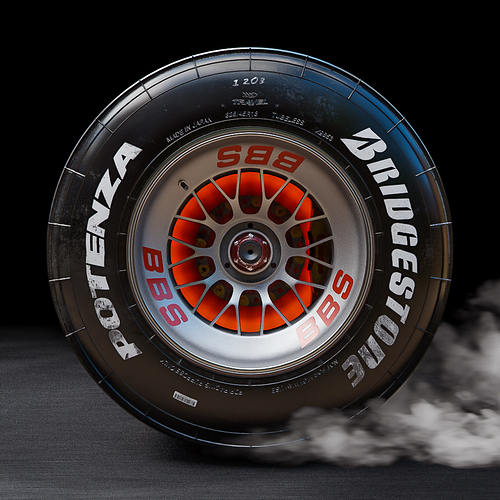 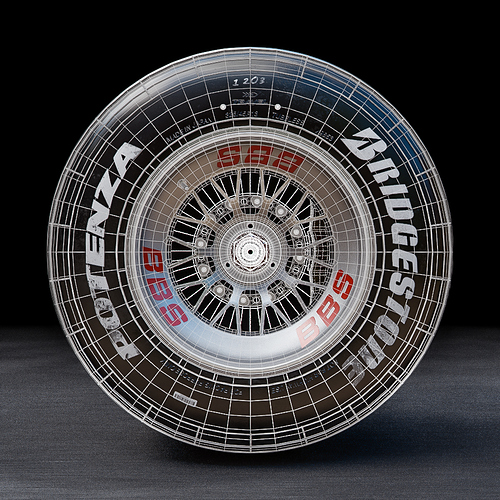 Made a little exploded version of the wheel 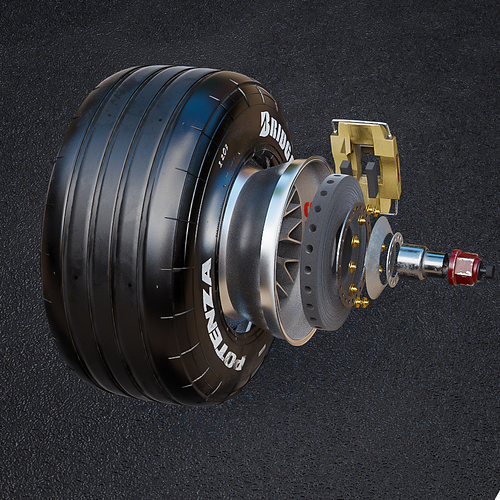 This is amazing! Is that smoke added in post or did you do a volumetric cloud for it?

Smoke was added in post via photoshop. As I was trying the thing before applying it to the full image I’m working on!