Hi,
It’s my second scene having Fabergé eggs as object of study. 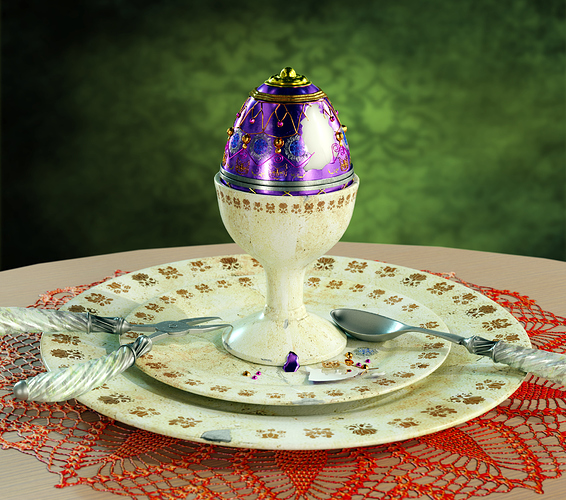 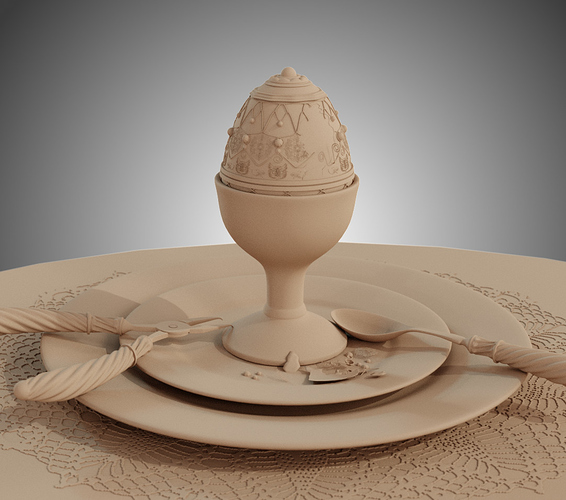 Nice work and a really funny idea, CC! A minor thing is the visible seam of the dirt texture for the eggcup. The composition is nice and I like the tools very much.

Thank you minoribus. At first glance I also thought it was a seam but its not. The diffuse texture has that appearance. I supposed to rebuilt all the pbr textures but I decided to leave them as they are.

very interesting composition. The cloth lace under the plate really cought my eye apart from the rest. How did you go about doing the cloth lace (is it sculpted)?

Yes. It was sculpted using lowest possible value of dynamic sculpting my PC could handle then I applied a remesh modifier to get a more simplest mesh baking all the textures after that process.