I recently made some human heads, but I have doubts about the topology, I was looking other reference photos but I just want an opinion from my topology that I use in this head.

What do you think ??

Umm… Ears? As for the topology, heads aren’t my area of of expertise, but it looks pretty good. Although, you could probably remove a few edge loops around the eyes, 1 around the mouth, and in the middle of the forehead, the edges seem a wee bit close.

I’ve faced this recently and you really need to envision how it will deform when animated (assuming that’s your goal). I like a lot of your flow around the eyes, but envision what it will be like when the character smiles. The crease at the corner for the mouth will come up to UNDER the nose, that’s bad news (trust me I did it and went… huh?) You really want it to go to right above the nostril. If you don’t believe me go to a mirror and smile big.

@GraphiX: I will try to delete some unnecessary edge loops, to make this more efficient.
And now I have the ears well that change a lot the topology, but it still looks nice nice.

@NRK: I was thinking on that, I have to make some test and see how this deform, anyway but looks like that I have to change some edge loops for that. 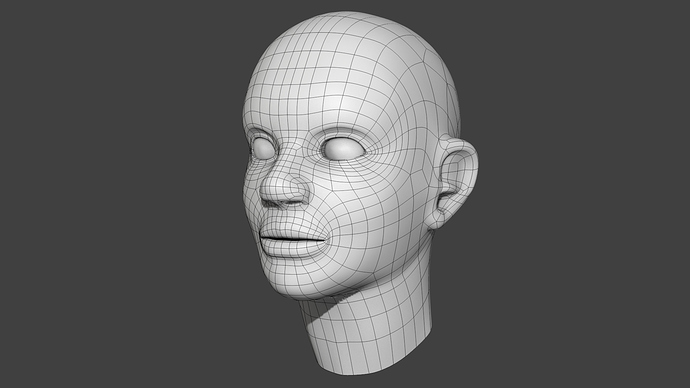 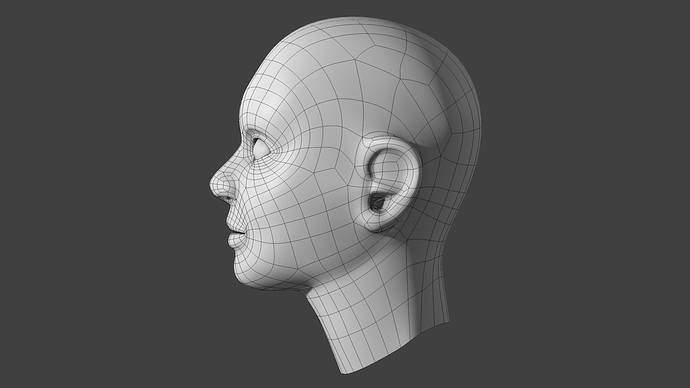 A funny thing happened while I read this mesh from left to right. During the hard part, the facial features, I was impressed with what is probably textbook loop placement. Then I hit the two neighboring e-poles (5 way intersections) on the cheekbones and became very convinced that one of the two should be eliminated.

Then I passed the ear and was a bit stunned. Your last pole should be behind the ear, then the entire back of the head should be a simple grid of four-way intersections. I would probably paint the entire skull with c select and x,v.

Let’s see a new screenshot when you get that far, yes?

I would probably make a loop following the jawline. Having an E-pole at a point where the mouth would need to open as a continuous piece (the jaw) is not that ideal.

@ rking: Man I use all the reference that I Have, yes books are good, videos, even other models

@Ben_Lind: I tried to make this more simply that I can.

Here I leave my progress, I change some e-poles (that’s new for me), and make more edge loops, well that’s very confuse :S

I want to make now some test of animation. 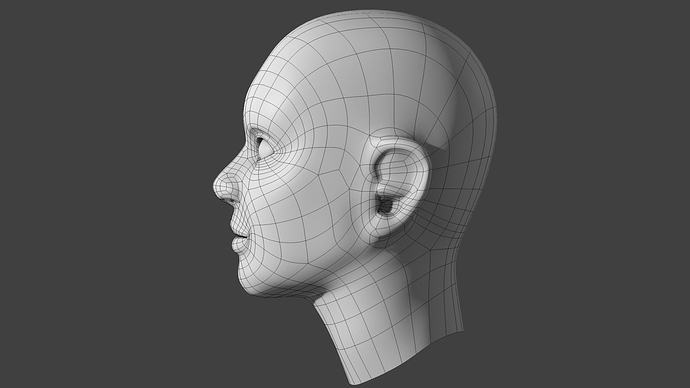 The jaw and the rest of the head is better now but you could maybe have the loop going from the jaw turn upwards before the ear to pronounce the jawbone better.
The eyes and ears could still use some work. If making a detailed ear is intimidating since it’s hard to connect everything up, you can hide a few triangles or poles inside the ear where it’s not visible. Making due without triangles is ideal on a subsurfed mesh though.

Great work on the back of the head!

I am still unhappy with the cheekbones poles. It goes: e-pole, n-pole, e-pole – all against each other.

Any time you have an e-pole-n-pole pair you can depole by removing the Face Loop between them (which can be easily done with Ctrl+Alt+RMB then Alt+m > Collapse).

Once you do that you’ll probably want to even out the quad areas again by sliding with Ctrl+e,d and a new Ctrl+r.

@Ben_lind: I work a lot, I try to made the geometry more simply y change some details in the head, and well I hope this will be nice.

@rrking: I move the e-pole more to the eye, looking in other works, that place will be fine, and well looking another post of e-poles I see a good idea to change the position of e-poles, and with that I try to use the less e-poles.

Ps sorry with my bad English 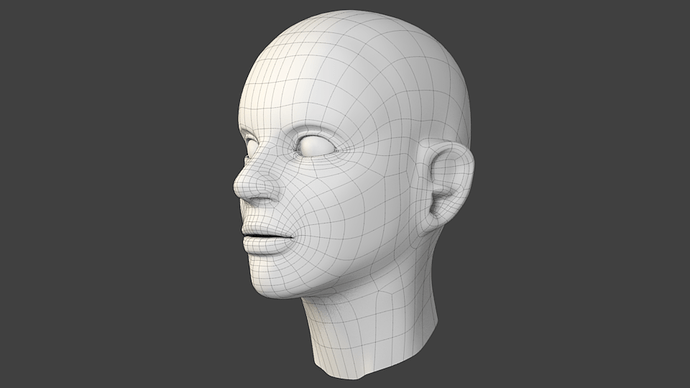 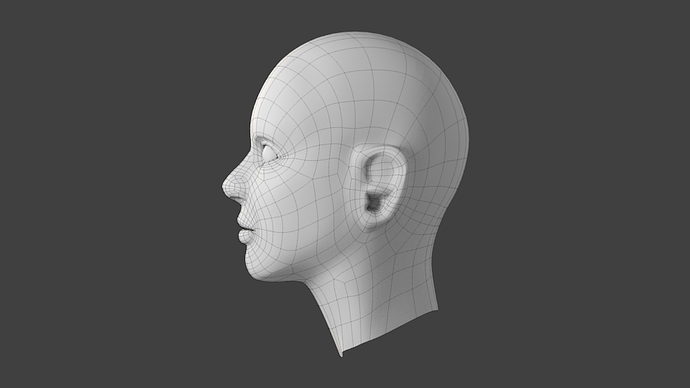