Failing to simulate balls inside an animated container

Hi. I am trying to finish an animation. Its basically a drone moving and releasing some icospheres inside hole. Basically I applied a particle system inside a container with a rigid body modifier.
The container starts to move (with the drone) after 50 frames. I added some forces to simulate the balls moving within the container as if it were air pushing them in a non gravity context. 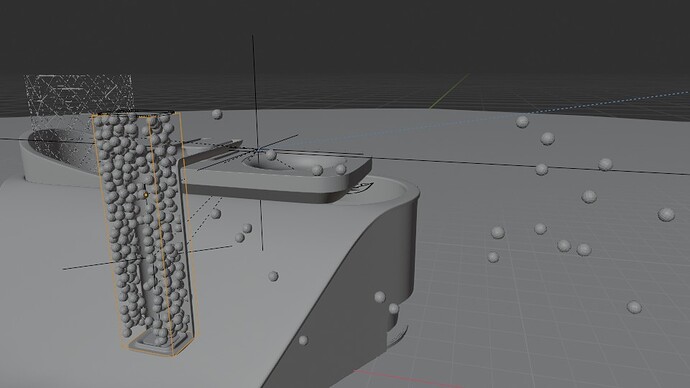 Even with the passive rigid bodies with "animated " checked…I can not manage to have the balls contained. I am starting to think if I should use geometry nodes and make the balls move randomly…faking the physics of having the colliding…

I am running out of options…If you have a good advice in regards of how to set the system in a successful way to make the balls move and levitate with some turbulance…but without leaving the container I would HIGHLY appreciate it.

I found the Substep per frame and Solver iterations slot…rise them to 100 each…and still some balls are out of the container.