Hi Blenderartists. Some of you may remember me from a few years ago. I joined the forum 5 years ago, but for the past 2-3 I have been busy with school. I am in college currently and don’t have a ton of time, but I manage to still get a couple hours in a day as a general rule. I do have a Youtube channel with about 70,000 views on it, but haven’t posted there in a long long time. Hopefully soon I will be able to again. It was mainly a tutorial page for the noobies and also general tips I had learned myself. Link to my page should be down below somewhere in my sig.

Anyways, I would like to post some screenshots of the type of stuff I am working on, just for support/critiques/questions. I would love to help anyone out to the best of my abilities if they have any questions.

Now, the reason I post this is because I am an artist. I do not code much and do not claim to be halfway proficient at it. Therefore, as a side project in my life, I would like to find one or more collaborators to work on a game project with. I can do the artwork, nearly all of it. I do specialize in Environment art and Lighting. But can do characters and some adequate animation.

I do need someone to help me with some Python work and other technicalities, of course only if you are seriously not serious and just want to have some fun and experiment, like I do!

Before my 4 year degree is done I will have most likely moved on from Blender Game Engine, I won’t give up Blender for good ever, but I just want to go out with a bang, and prove what Blender is really capable of!

Now for the Goodies

As a Side note: This is a functional runtime currently. You can move the player around and the camera follows, everything is set up, just not very professionally because I suck at coding, and mostly had to pull from other projects for an accurate 3rd person template. Another reason why I need someone to help me program this game.

On to the colaberation side:
There are always more artists than coders, and the coders are always working on their own projects. Out of the hunderd or so people who frequent the game engine section of these forums, I can think of 3 or 4 who have the software engineering skills to program a game,. There are another 5 or 6 that know how to code, but do not (in my opinion), have the ability to work on a large project like a game. Then there are the people learning coding (10-15). The rest think logic bricks are good enough to male anything (which they’re not, as you seem to know).
Unfortunately, the Dunning Kruger effect means that many of the lower skilled coders consider themselves competent, and will tell you there’s not much they can’t do.
So if someone offers their services in coding, consider their previous work before you sign them on.

Because of all this, getting a coder for your game is next to impossible. In fact, I don’t think it is possible on these forums, unless you pay someone. I believe Goran (who does have the software engineering ability) offers a service for a couple hundred doklars he will code up the basics of a game for you.
The other option is to join an existing game project, but again, you have to evaluate them carefully. I have yet to see a team project from the team-projects forum finished. This is because the first thing a game maker thinks is ‘it will be easier if I have a team.’ It’s not, it’s harder, and so projects die.
Some specific advice: You will probably be asked to join the project wrectified run by BluePrintRandom. I consider this project a noob-death-trap, and do not think the leader has sufficient planning for the project to ever go anywhere. I would suggest not joining it.

So, what to do. Obviously you want to work on your own game, but don’t currently have the coding abiliy to do so. Well, either you can learn coding (which will take a few months to get the basics down), pay someone, or hope one of the few competent members comes along and offers their services.

So who am I? I’m a coder, and have been since I discovered I needed it for my first real game project 6 or so years ago. I have since done various courses at university, both in python and other languages. Why am I telling you this? Because this is the best-looking game engine graphics I have seen on a recruitment post, and I am considering offering my services. However, before I do, I’d like to know more about the game you’re making. What is the aim, what is the plot (if there is one) what does the player do, why should I think you have what it takes to manage a project this large? Remember, you’ll have to convince me out of my current project…

I’m with what Geoff said. I’m a “pretty decent” coder and actually helped with very few “serious” game projects here on forums. The point is that almost none of them turned out serious and ended up ignoring me as if nothing ever happened.
Since you’re actually admitting that you have no serious intentions, atleast I can assume that you’re not yet one of “those” overwhelmed beginners to game development who immediately assume that they’re serious and can make a [insert a popular FPS game here] ripoff by succeeding in modeling a gun and attaching a mouselook script. I wouldn’t mind helping for fun in my freetime, if I ever have freetime :p.

Hope all is well with you

I’m just starting University this year, so I am not yet sure how much time I’m realistically going to have, but If I pick things up again, I know who to call!

I have read these books here. Highly recommend them if you want to learn: 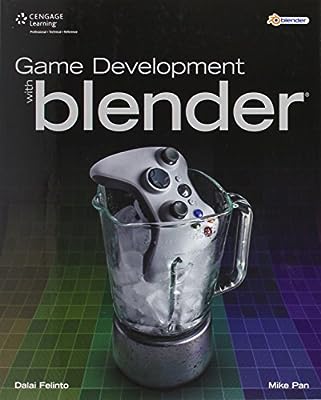 Game Development with Blender is the complete guide to the Blender game engine. More than two years in the making, the book spans topics ranging from logic brick and physics to graphics, animation, sc ... 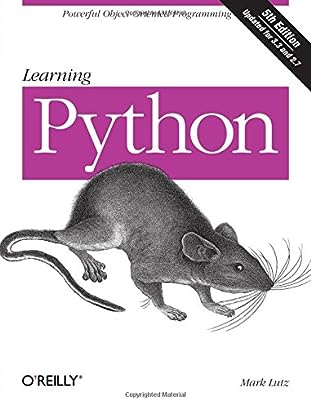 Get a comprehensive, in-depth introduction to the core Python language with this hands-on book. Based on author Mark Lutz’s popular training course, this updated fifth edition will help you quickly wr ...

They only take three months to go through (In spare time cause I’m a student like you) and the rewards you get from them are phenomenal.

Hey all! Thanks for the replies.

@smxham Thanks for the links. I am not lack of resources to learn Python and the Game Engine. I know basic python and some other languages. That is not my forte, however. I just love making art

@agoose77 Thanks! All is excellent, and hope all is well with you too.

@Jackii Okay thanks man, I will let you know if I need anything. I have been designing artwork all my life, and in Blender since 2008, what 6 years now? I have a good chunk of experience, and have gone through all the phases of noob, except the FPS game, never been a fan. 3rd Person Fantasy is where it’s at

@sdfgeoff Thanks for the reply. I can give you more information if you contact me separately. I don’t have internet at my apartment yet so it may be best to either text or email me. I can check emails on my phone. Inbox me for more info. The basic idea though is that I want a good solid attempt at a modern game on my ‘resume’ so to speak. The main thing I want to do with a project is not make a full length game with an entire plot, but rather get all the technicalities and beauty packed into say, one level, or long ‘quest’. I want to make a beautiful, well-created chapter of a video game, as two people could not possibly hope to create a full-scale game on only free time. I want to showcase my maximum skill of graphics on the Blender game engine, with somebody who also wants to showcase the beauty of Python combined with it. The reason I won’t just ‘drop’ the project like so many other people is due to the fact that I am going in to Game Design as a career and actually am getting a bachelors in it from a renowned 3D art school in a couple years. So, being my passsion and career, I see no reason why I would want to “give up”, haha

If you are interested, even in helping out here and there, let me know. I have specifics on first steps to take, I have been planning it out on a spreadsheet. Still working on making checklists for things I need to get done modelwise, and a checklist for things I need coded. Thanks for your time!

Never thought I’d see this again haha. Let me know if you want some animation help again, I think I still have you on skype.

Thanks Karl, yes I still have you haha! I may need some help, animation isn’t my strength. I’ll let you know