Sometimes it’s good to change the course of the project. Just try not to change it too often or you’ll never get finished =) I really like the design in the sketch and for what I’ve seen, you’ll add lot’s of nice details to the model. Keep us updated =)

YAY!! Update!! Just working on some rough sketches to get a basic idea of the body down. I have labeled for your convenience.

And a little explanation to explain my insanity. I’ll preface this by saying, I am envisioning this as the grandest ship in the entire fleet, not a warship persay, however it will be armed. But as much more of the Titanic of this world (Without the epic tragedy), a luxery liner. I am still debating whether I want to have this a royal ship or as a civilian cruise ship. I am leaning towards a Royal ship, to be used for royal diplomatic missions and the grandest of events or even for exploratory expeditions. Anyways, onto the technical stuff.

Firstly the body will have characteristics very similar with classic sailing ships (Spanish Galleons, Caravels, Ships of the Line etc. etc.) This will extend to rigging and the body design. However there will be certain elements that would/could not have been built at that time. Including the extremely large balcony sections on the back of the ship. The section near the front of the ship (Where I had the measurement in the earlier sketch) will become a library/lookout point/lounge. (Reference: http://www.spellcaster.com/tomkidd/Naviga2.jpg) I will be adding the sails very similar as to what I have on the current Airship. But they will come later. Also on the very back of the ship there is a nice large balcony open to the air.

Onto the Balloons. They will be very similar to what I currently have, just a different shape. The balloons will have metal bands wrapped around it which will constrain the balloon. On top of the balloon, there will be largish lookout points for crew members to use for repairs, special events, lookout point during trips etc. Then on top of the large balloon will be attached a small balloon which has been added to offset the weight of the back of the ship. (There will most likely be a more permanent lookout position on top of here. Sort of an Airships Crows Nest.) The entire thing will be hooked together with classic block and tackle systems.

At this point I’m just getting absolutely giddy* just designing this thing. Who knows If I’ll actually ever get to building it, but it’s a hell of a lot of fun designing something like this.

*Yes I am literally getting giddy, I’ll be sitting there sketching something out, and just burst into a fit of giggles. It’s ridiculously fun!! Everyone should try it at some point!

Anyways I think I’ve talked for long enough. Keep an eye out for more updates.

I’m very impressed with this Airship. would love to know how you did the texture work.

I’m very impressed with this Airship. would love to know how you did the texture work.

Excuse me as I silently sit here and laugh to myself…reason being…I personality am exceedingly ashamed of nearly all the texture work done on this one. The one exception being the balloons (But I mean, all those are are just an image with the translucency value turned WAY up). The rest is just grabbing a random image and throwing it on there. I was in a hurry when I was textureing and just needed something to give it some color (As it would be just in the background for what I was doing with it, at the time.)

So yah thats the story behind the textures. Although if I do get to the texturing part of this Airship, I’ll be putting in A LOT more effort and work. UV’s, custom paint jobs, Normal Maps, etc etc.

Yah it’s definitely a tough thing to do well. After a while you get a bit of a sense for it. But I still need a LOT of practice in all my textured work. But you know, as with everything, try and try again.

Yeah I suppose so lol would still like to see how you did the balloons =) heh and you can go look at my model too if you like my first nearly completed model, and the only one i kept so far.

You got it! This file includes the texture, with a basic lighting/camera set-up. Just hit F12 to take a look.

Make sure the image is in the same directory as the file. 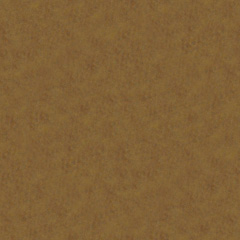 Thank you very much hun =) really appreciate it =)