So I wrote the cloud generator a while back and thought I’d post an image in this weekends ‘Above the Clouds’ Theme (clouds are my thing after all:). I modeled the DeHavilland biplane a while back, when I was younger we made a movie and built a life size version of the plane and crashed and burned it, so it’s always held a special place in my heart. I toyed with idea of making the plane the malaysian airlner, but wanted it to be more light hearted and not inappropriate… If i had time I might have put Amelia Earhart’s plane in there as an explanation for her disappearance, but it is a weekend competition after all:) I probably spent about three hours making this one… hope you enjoy… 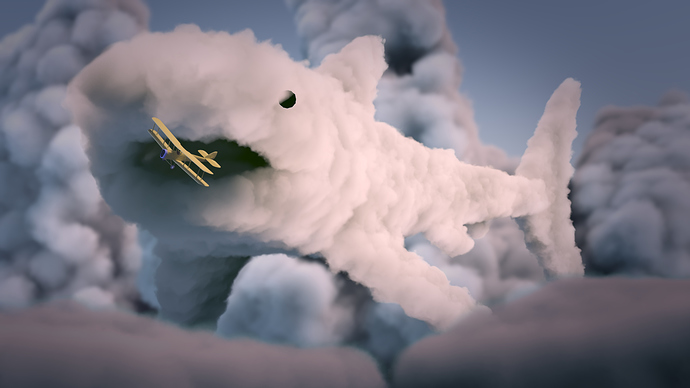 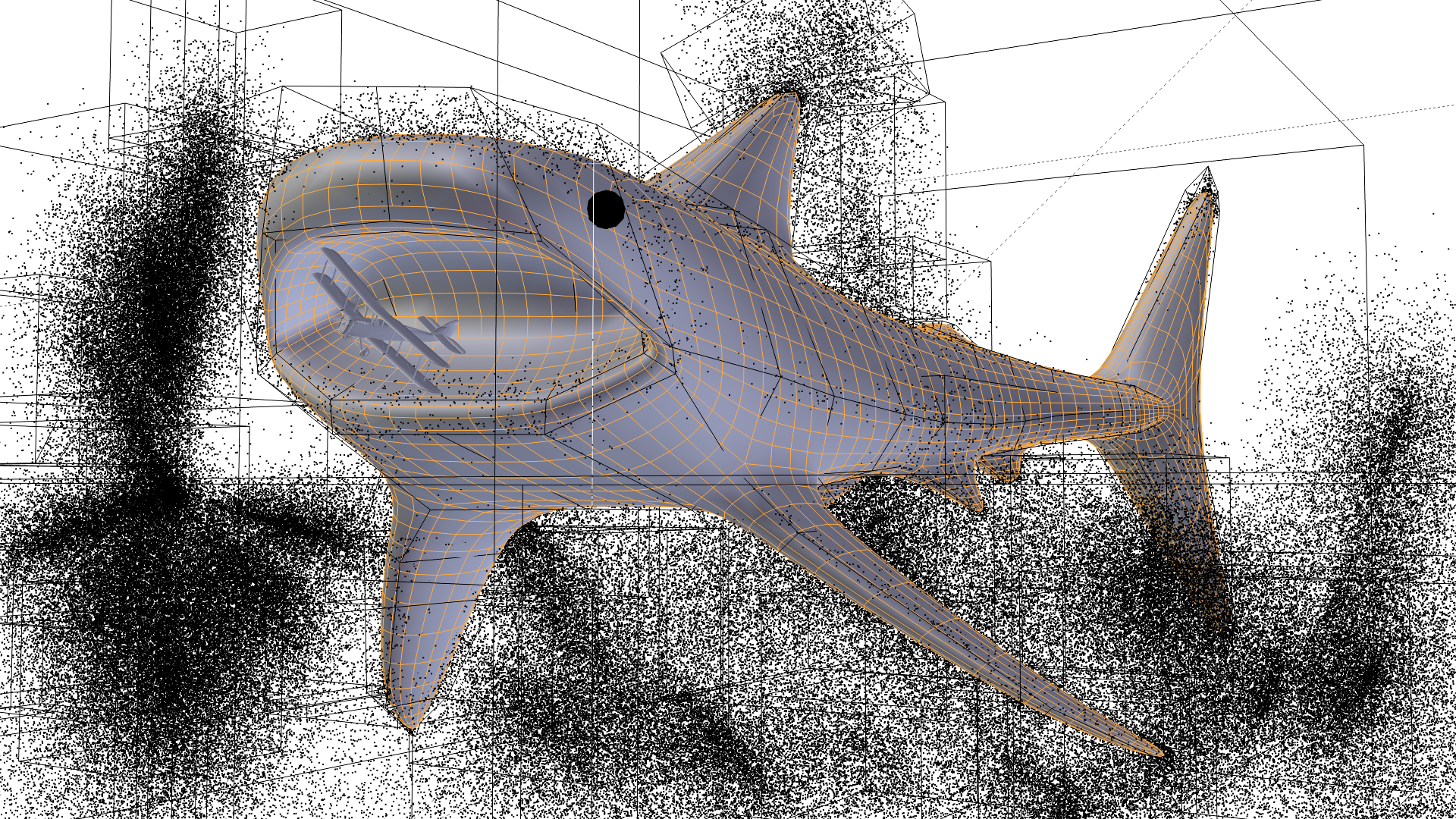 I love the concept. I do think that shark cloud could be made to be a bit more subtle. At the moment it is overly obvious. I personally would want the viewer to look at the image for a few seconds, and then go ahhhh and smile when they see the “catch”. Also, in the final render it really does not appear that the plane is in the sharks mouth, or that the shark is really going after it. In the wire it looks different, so it might just be a matter of playing with the angles a bit more. Lastly, you might want to think about putting the shark in a bit more dynamic pose. Currently he looks like he was just modeled in ortho view, almost like a shark T-pose. Perhaps get some angle in that body? With a little tweaking I think this one could really shine!

Really cool idea, love it! Maybe you can give some attention to the shark’s eye, so it’s not just a black dot.

Exactly the same to me, I love the idea, and agree with suggestions.

It worth to spend some more time with clouds to open the mouth further and follow what suggested.

I think it was a good idea to combine something soft as the cloud and something aggressive as the shartk trying to eating the plane. The overall image look nice but I think the shark’s eye could be like a pearl or something more reflective. Awesome topology by the way.

Killer idea man; I had to say that :); as the guys said the eye is messing the overall look. and I also think that bottom cloud next to the lens is better being faded almost transparent?

Thank you all for your comments and I completely agree… sigh. Actually the shark isn’t in a T-Pose, it just looks that way since his tail is arching toward the camera which looks the same as a T-Pose… but truth be told it doesn’t really matter, the pose and camera angle stink I agree. As for the eye I’ve done a bunch of glowing red eyes and I thought I’d go for black, but I agree it wasn’t the best either (lot’s of people didn’t like the eye over at the competition either). Unfortunately I spent most my time in the compositing final touches phase and not enough in the camera setup and post phase. Lesson learned… I’m actually quite pleased with your comments as I’ve thought about them deeply and I’ll do better next time… thanks for the comments.