This will serve as a work in progress thread for progress renders, content updates, and tests related to our studio’s feature film release, Aeroah Eterna.

Purpose: To explore the meaning of life, the process of creation, and visualize music.

If you are interested in learning how you can get involved with this project and join our production team, follow this link here: www.onelvxe.com/apply 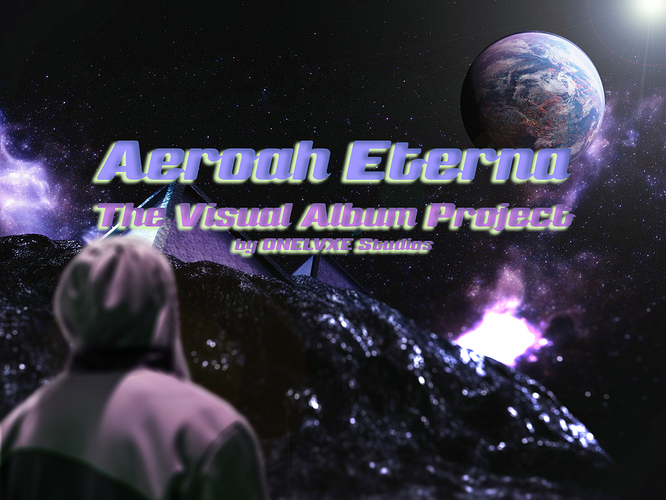 Description: An open-GL rendered sequence of the soundstage set to be featured in our movie project.

How it was made:
The soundstage was created by importing multiple audio wav files (each pertaining to a different instrument) and modulating the scale of the individual hexagon tiles with the strength of the sound data. This effect was made possible by Animation Nodes. After bringing in the sound data and baking it into Blender, the sound strength data was routed into a loop in AN that evaluates the strength of the sound and then scales an object up and down on the Z axis.

You will also see a colored tile ontop of each moving pillar. Each colored tile represents a different material. This material has also been modulated to respond to sound input data. Essentially, when rendered, the emitted color of the tile changes in response to the strength of the data. This effect was achieved using Animation Nodes as well. The Sound data strength from an Evaluate Sound node was routed to a Cycles Material, set to effect the fac value of a colorramp node. By setting different color ramp values on a color ramp node, when the sound strength changes, so does the color.