Here’s a feature request for the blender dev team to make live easier for animating in high poly scenes:

In the image here I’ve taken a screenshot of blender, and cropped the image to the camera bounds, saved that as a jpg, then added in back as a background image… the idea being that I want to preview the animation of my character against the background, but it’s way too high poly to get a good framerate. It would be great if there was a button in the Add Image panel that would capture the current camera viewport and apply it automatically as a background image: 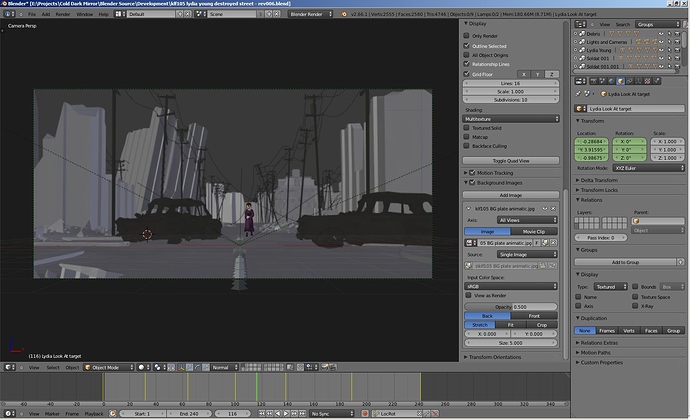