I want that this new feature exists in Blender 2.80. Please inform everyone in Blender Team, please inform Ton Roosendaal, he’s gona love this because he loves Real-Time rendering. This only requires normal graphic card, I use a Laptop.

The image below is in Real-Time, more than 24 FPS. Just imagine million of triangles intersections per second, that’s crazy! Just imagine Blender 2.80 have that cool feature. 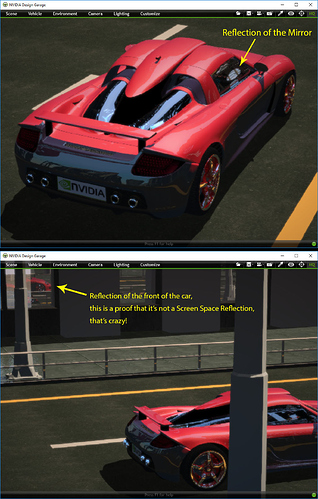 Image1and2.jpg1026×1610 231 KB
Please download the demo in the link below, then run it.
Exact steps to have the same result as I have:
─ Go to Camera > Change the resolution to 50% to have a high FPS.
─ Go to Vehicle > Double Click “Car 6” and wait for loading.
─ How to navigate: Hold left mouse button to rotate the camera. Use the mouse scroll wheel to zoom in and zoom out, and hold middle mouse button to pan.

The download size is only about 400 MB in only 5 minutes, you can download it here: https://www.geforce.com/games-applications/pc-applications/design-garage/downloads
NVIDIA says: A GeForce GTX 200 series GPU or better is required to experience this demo.
My graphic card is NVIDIA GeForce 920M (I use a laptop), it’s neither a GTX nor a RTX card but it supports the demo at 50% resolution with more than 24 FPS.

Erm… is that demo not from 2010? It doesn’t even run on more up-to-date cards/drivers.

If they could do real time raytracing 9 years ago (when first version of this demo came out) on laptop video cards, I don’t think people would be making such a fuss about RTX cards now.

OK, it’s a very old demo. But it’s just an idea, because I found another demo made with Unity about Real Time Ray Tracing and it works on my Laptop.

Why Blender doesn’t have this Real-Time Ray Tracing using a technology by tracing Rays to million of triangles per second. Blender only supports Screen Space Reflection.

The philosophy behind this is, it’s a secret that’s locked during many years, that’s every developer should know. That’s why I try to inform.

…Thanks to CUDA and the Optix raytracing engine, what used to take minutes per fame on the PC now runs at up to 15 frames per second on a single GPU…

It runs more than 24 fps if you change the resolution at 50%.
It runs 15 frames per second because there are 1,000,000 of triangles by tracing million of rays per second, that’s many. It’s not a Screen Space Reflection.

What about reflection planes and cubemaps? The reflection plane in particular is very simple to perform as it’s just a mirroring of the ray, and should work very efficiently with sharp reflections on flat planes. 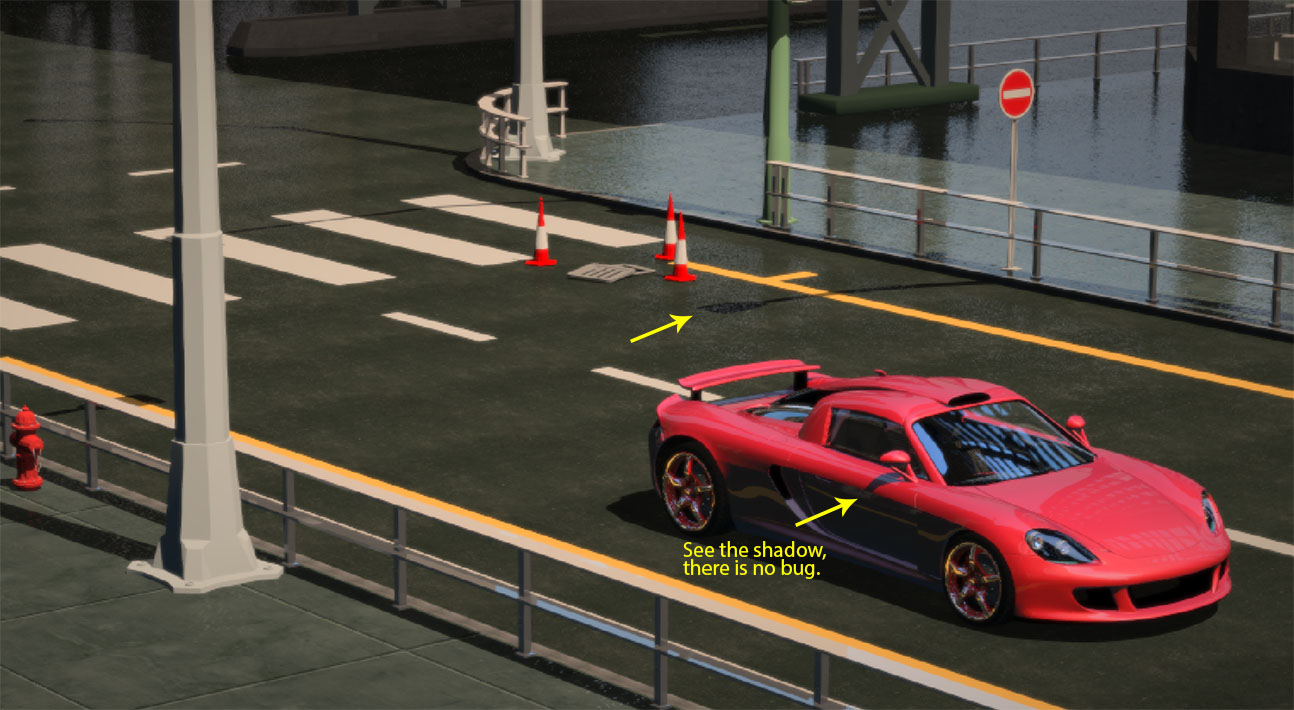 The Real-Time Ray Tracing is a new technology integrated in the Graphic Card, if nobody knows it but focus only on software and ignore the hardware then the technology is never used and locked forever.

As with everything, how is it with licensing this tech (relevant papers, patents pending…)?
You would see it with AMD, Intel, ARM… on every modern computing device, if it was open, royalty free…

I just downloaded NVIDIA Ray Tracing Engine (OptiX), and I discovered that there is no source code of the Engine which mean that not open source, only API which is free, let me quote from its “License.txt”:

Permission to use, copy, modify, distribute, and sell this software and its documentation for any purpose is hereby granted without fee, …

And know that the DirectX 12 Ray Tracing SDK is also free under the MIT License which is open source. I wish that Blender Eevee will use DirectX Ray Tracing in the future.

If I were a developer in Blender then I could make another Blender Eevaa, I’m kidding … it will be very fast rendering just like in the image. If only Ton hears me, and take me as an employee in Blender, I wish that.

It’s revealed that I’m a developer, and I’m making my personal Ray Tracing Engine, and during one month of programming I could make the following:
─ TraceRay_Object(), TraceRay_Triangle() for both CPU and GPU.
─ RandomPointInCircle(), RandomNormal(), need to be very good at math and probability.
─ OBJLoader : It opens files “.obj” exported with Blender.
─ etc.

They are certainly aware of this technology! Thankfully, they are not jumping onto every hype train.

Those sorts of technical demos always operate within clear limits and usually plenty of ticks are used to get decent performance. It is not a magic bullet! It is a great technology, but let’s stay on the ground.

It makes me remember when Ton Roosendaal said: It’s not recommended for Open Source Software to make a big leap (big jump).
So, all we have to do is to wait slowly.

But the philosophy behind the beauty of Blender is the developers treat programming like a hobby which makes the software better than 3ds Max and Maya.

Blender has gone through several big leaps, but those were the ones where the goal was clear and it was known to be a long lasting improvement.
Real time raytracing isn’t a proven technology yet which is broadly applicable among a variety of platforms. Right now, it only works for technical demos within a narrow range. It is a marketing hype which is technically very inaccurate and dishonest.

Nevertheless, it is the future. So, an honest take on it would be to integrate it and to find out what the practical relevance is and how it could be used. Making real time claims from the get go might produce a hype early on and due to the infeasibility lead to a disaster. It would be a pretty uncomfortable position if everyone expects something which is not doable.

Who will be the heir of Ton Roosendaal? I wish that he never die, because he is very patience and very inspirational on programming leader, the first big leap was on Blender 2.5 (Sintel), the second big leap is on Blender 2.8 (Spring - Blender Open Movie).

Blender download file is very small that makes the developers easily improve the codes, because the more the codes are small, the more it’s easy to improve.

One question… Ray tracing causes caustics. What you are showing Eevee can already do, reflections, transparency, etc. But can this so called Real Time Raytracing render caustics (magnifying glass effect)?

The animation below is an Eevee Rendering in Real-Time. When the yellow sphere is in front of the house or the monkey, then the reflection on the ground are cut, the reason is the reflection cannot trace to the house because the information is hidden behind the yellow sphere, that’s the limit of Screen Space Reflection, but with a Ray Tracing Technology, such problem doesn’t exist.

Everyone knows realtime raytracing exists, but having it work in general render engine is not as easy as it sounds. Its like the joke about self-driving cars where collision detection is just a matter of “programming it not to collide”. Metropolis light transport model is more than 20 years old but everyone is still having hard time with it although they are informed that it exists.

(post withdrawn by author, will be automatically deleted in 24 hours unless flagged)

This is not a support question and there are plenty of other threads on this forum about realtime raytracing (with and without RTX). Discussion about that should continue there.

This thread is closing.