I think this is my first entry here.
Then hello :o

I made a model sheet and start modeling 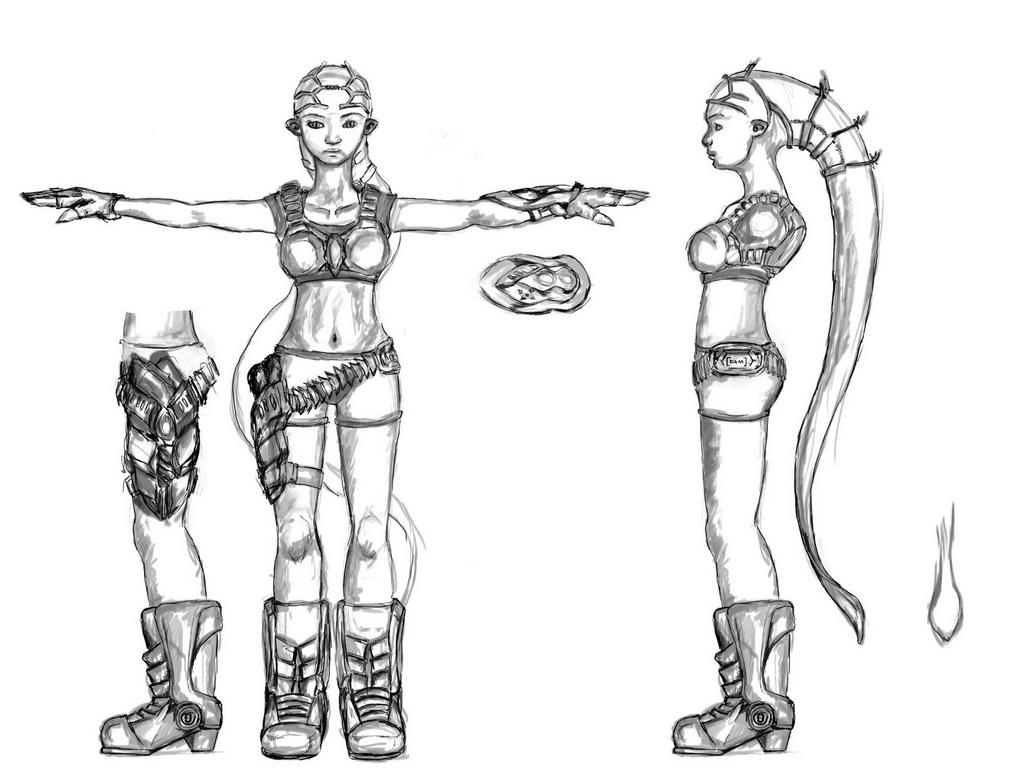 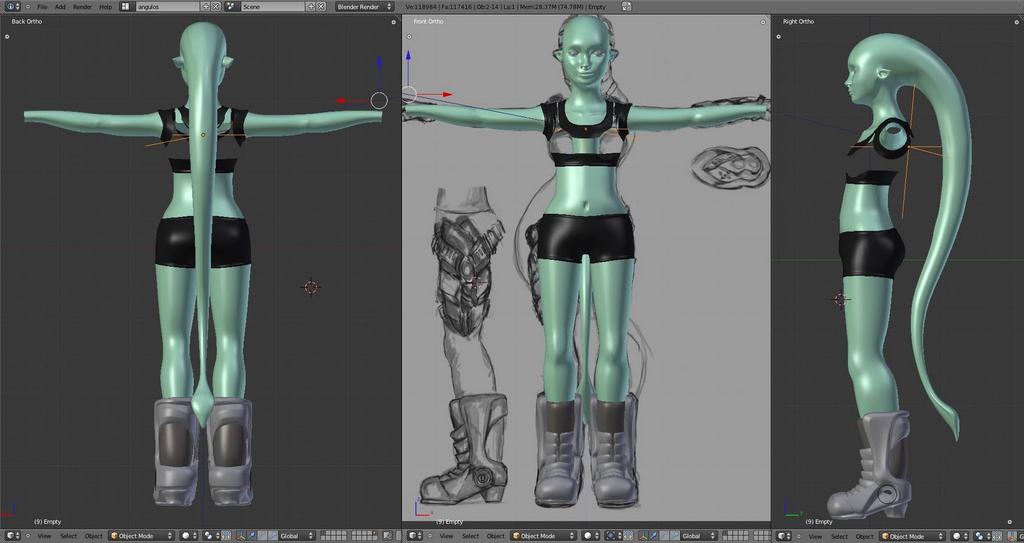 And I posting here to some feedbecks

nice model kinda human looking, but do post the wire frame if you want better feedback.

I like the fact she has a tail kinda thing in place of hair, instead of where a tail would normally go. Reminds me of the jabba’s dancing girl in Jedi, but she had 2. I think the single one you’ve added looks more natural. Should look pretty cool whipping around if you animate her.

I can’t quite tell from the concept what she’s wearing on her waist. Looks like a gun belt, if it is and if she is the fighting type then maybe that tail thingy could also be used as a weapon, just a thought.

kettlefish everyone say this
I take her as inspiration and a good surf on cgsociety to
and in the waist is gun belt is kind a device that put the gun out.
but I didn’t figured how I still thinking in this.

And I will put the wireframe soon as possible.

The wireframe version.
I already start the bust