I’m trying to render a model in blender 3.0.0 Alpha but it’s not using any of the subdivision modifiers when rendering, all modifiers have render enabled but don’t show in render. It only renders Levels Viewport 2 which isn’t what I want, I want it at 5 but won’t change. Does anyone know why this could be happening?
I really don’t want to apply the modifiers, it just slows everything down for me.

Well first of all, it’s an alpha version, so bugs are expected. Can you share a screenshot of your setup?

yeah, a screenshot of the expanded modifier stack on one of the problem objects. 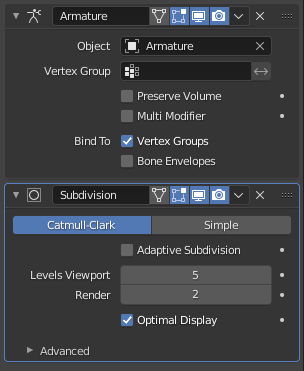 these are the only modifiers in use in the scene, all the other objects have the same modifiers. did have a mirror modifier but I applied it.

And to add more to the confusion setting Levels Viewport to 0 still renders the object at 2. I’m really starting to think it’s just because I’m using 3.0.0 alpha.

There are different settings for viewport and render in the modifier: 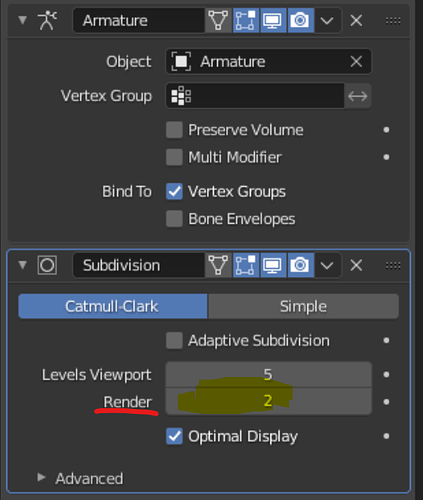 Well I feel like the dumbest man alive! Thank you though I really appreciate the help!

No problem! There are so many settings to be aware of and remember, no shame in overlooking something.