finally finished with this project

hi. now i’m done with the picture. i added coffe in both of the objects and i made a cup to drink coffee in… my most photorealistick rendering yet 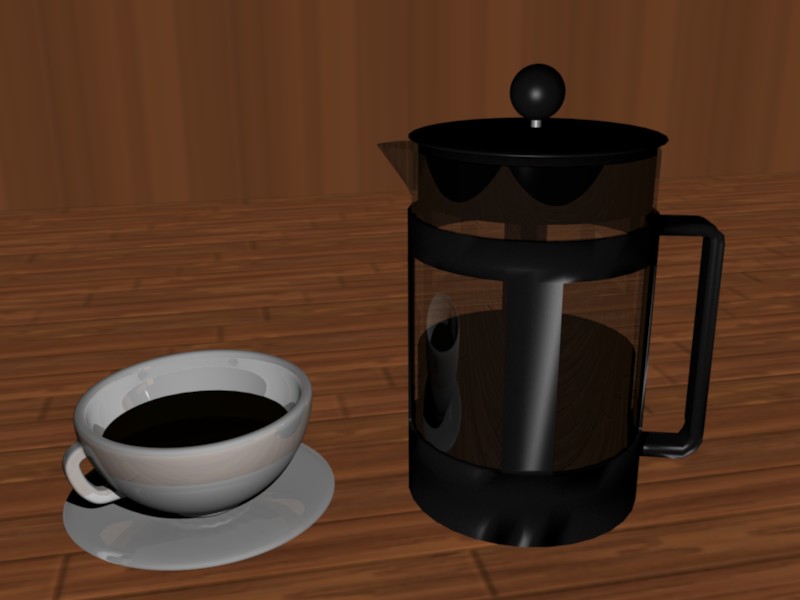 I have voted “you could have done better”. The cup and coffeecan don’t seem to cast shadows on the envirionment (table or whatever). The texture on the background is stretched which makes the material of that wall… uhm… what? Also a slight normalmapping on the groundtexture could make that wooden ground more realistic. But overall nice modelling.

The wall, and floor, or table, should be a little better textures, so then they don’t look so much the same…

No you didn’t. And you should see the critics you did recieve as tips to improve your work and future works. Ofcourse it’s your own choice wether you agree or disagree with those critics and if you’ll do something with it. But most people in here are just being helpfull and are willing to share their ideas and knowledge, there is a lot you can learn from others out there take it to your advantage is my tip. Keep up the good work!

after tweaking a lot of things, this can be a lot better. so I also voted you could have done better.

Dude, the whole point of this forum is for others to be critical with your work to make it even better. You should take it on board. I agree with Roger in that the cup needs less refletion, the textures need to be tweaked and the position of the coffee (floor?) needs to be fixed.

JCTiger
We only mean well