Hey guys, after struggling a lot the past few days and after a lot of trial and error I think I finally did it! I finally sculpted a face that doesn’t look creepy! Here’s the first one I did: image399×525 22.2 KB
There’s something uncanny valley-ish in it. Like it’s not realistic enough but it’s also not stylized enough and it just looks wrong. Definitely got all sorts of anatomy wrong.

And then here’s the one I’m kinda happy with: 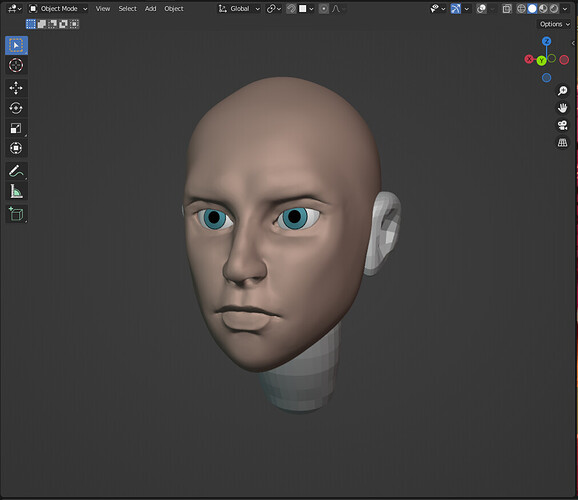 The eyes are oversized, but I assume that is intentional. Looks pretty good. Good luck with the ear. I always hate doing those because the way they curl makes it impossible to see what you’re doing while retopo-ing with ‘in front’ enabled.

Thank you! You’re right it is intentional. The ear will be a first for me, probably going to have multiple iterations of it just like I did with the head itself

The nose is too long and the eyes are too far up the head in the first one. To that end, the whole face is too long. The eyes sit halfway down the skull, believe it or not: 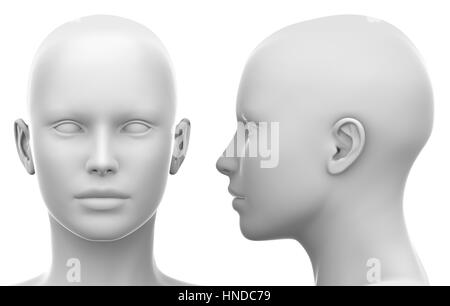 The reason we don’t perceive it that way is because of the hairline: 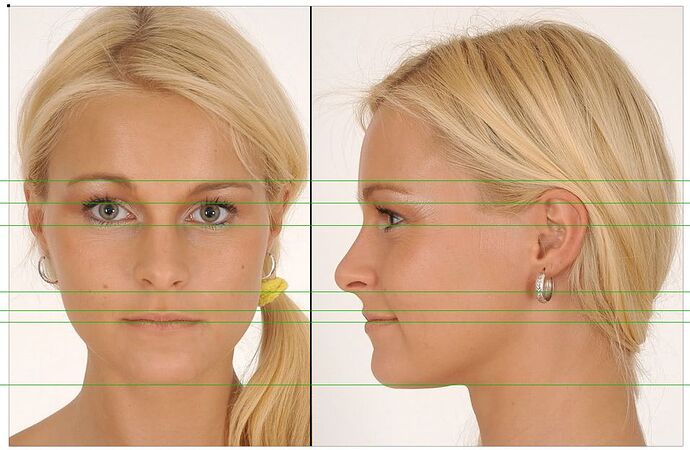 That being said, you’ve done incredible work here, and I think it looks good overall

Your second one is pretty darn good already, I’d say. Good luck with the ear!

References are your best friend. Seriously; I haven’t gotten to human characters yet, but even with stylized animals, using a reference of the closest real thing which captures the proportions and overall anatomy makes all the difference in preventing uncanny valley effects. All the professionals I know use references.

Thank you! I’ll make sure to follow your advice!

Nice work! The first one kinda looks like Sonny from I, Robot. Second attempt looks much better. Good overall proportions, and good depth to the brows/eyes. Depending on your style, the eye lids in particular do look a little flat, so perhaps the eyes could come forward a little? The bottom lip might also be a tad over done.

Haha yeah I see the resemblance! Thank you for the advice and the kind words!

Edit: I did refine it a bit and I think it looks pretty good. 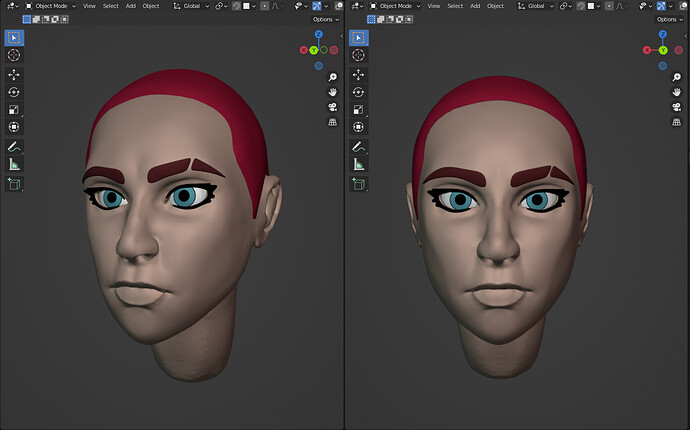 Your first attempt is actually pretty decent for a first attempt. The proportions are totally elongated sure, but you seem to have a decent eye for the forms of the individual features, even if they’re not united into a cohesive whole. The lips look pretty good, and if you only look at the bottom half of the nose it’s pretty good, forehead has some subtle but accurate detailing.

The proportions are definitely better in the second though, and it’s always good to see someone reach that point where they don’t hate their face sculpts. Anyone who’s ever modeled a face from scratch knows the struggle…

I do kind of like the shape of the lips in the first one better though. The bottom lip looks a tad flat to the chin in the second.

Thanks a lot! It was definitely a big moment when I actually got something decent.

This here is the finished project:

After around 3 weeks I feel like I can finally say that I’m done with this. I learned a lot during the process and it’s safe to say I’ve become better at Blender because of it. [Fight Stance 2] [Fight Stance 1] I didn’t really manage to texture it (except for the face and the eyes) but I think it looks good regardless.