I chose the 2.62 splash screen by Alexey Lugovoy, this one👇 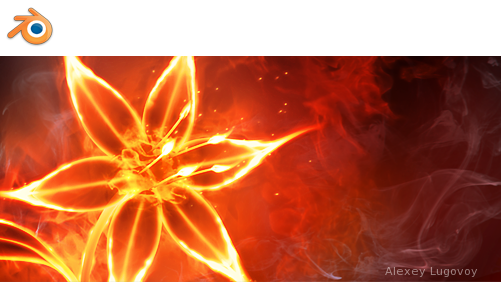 A few months ago I made some Magical Daisies so I thought:
Why not turn this fire flower into a magical one?

I pasted one of my daisies into a new blend file and started tweaking the scene. I reduced the number of petals from 12 to 6 to match with the fire flower and changed their shape.

(if you want to get a perfect fibonacci spiral change the degrees to 137.5 in the 'to radians node)

I made the original scene in Eevee, as far as I know texture baking in this engine is not possible, if I want to upload the scene to Sketchfab I must bake the textures, so I had to convert the materials to work with Cycles.

Almost every shader was compatible with the photorealistic render engine except the outline of the petals. Originally I made them using the inverted hull method, in Eevee there’s a checkbox called Backface culling under the material settings which makes the backside of the faces transparent and it’s crucial for creating outlines.

This option is not available in Cycles so I had to create it manually using some node magic. You can recreate backface culling using only three nodes:

After I solved this problem I tweaked the textures a bit and started rendering.

I had a problem, the right side of the image looked a bit empty I didn’t know what to put there, so I played around with some post processing effects instead.
I added glare.

Then I came across with a filter called Sun Beams while I was trying out all the effects, and it single-handedly solved my problem.

It looked more magical and the right side didn’t feel empty anymore.

I edited it a bit and this is my entry

I set it as a splash screen to check out how it would look. 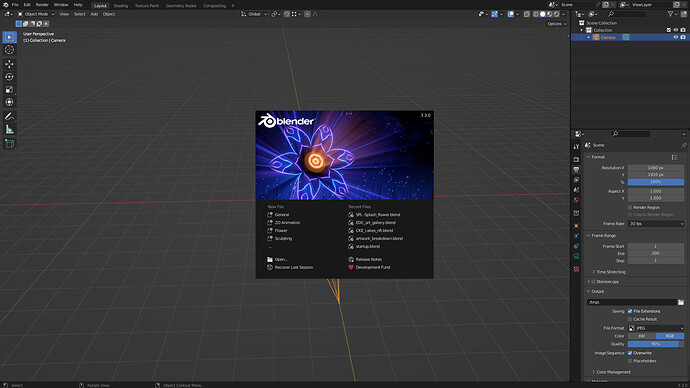 Nice idea. Better hurry up though - the submission deadline is in 2 days!

I had to come up with an idea to make the scene more presentable on Sketchfab. A globe came to my mind so I sticked with it.

After preparing the models I started baking out the textures.

I then exported the scene and uploaded it to Sketchfab. Fortunately everything worked perfectly👌