Was my first test with SSS shader. Lovely how it works.

Hope you guys enjoy it! Not perfect but done in 4/5 hours. 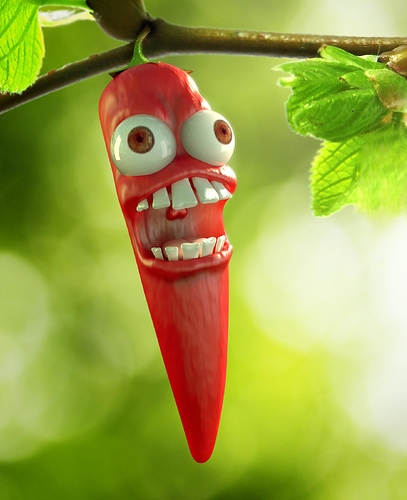 This is so funky, I love it! The material on the pepper could use some darkening on some areas but other than that, a nice artwork!

Wow! Nice character! I remember a child tale that has a talking pepper in it. This one would definitely do

I like to eat pepper. But it scary :eek:

what a fun character
The render looks really great too! The cavity shading up by the eyebrows is a nice touch. Well done!