I’ve been testing the feasibility of creating fast concept sketches of characters and creatures in Blender (somewhat realistic concepts) and I’ve come up with this after a bit of fiddling. First ape sketch though, excuse the bumpy look.

Lots of work to be done, skin detail is a mix of musgrave texture displacement (experimental features of Cycles) and sculpting.

The thing that held me back the most was the low fidelity of the multires modifier that kept creating artifact “crease” lines, such that I actually had to cleanup details and sculpt them back on three times. There needs to be more work on it, and a proper “reconstruct subdiv” button the way ZBrush has. Other than that Blender is great in that it doesn’t force me to go out of it, albeit it’s texturing tools being somewhat barebones. 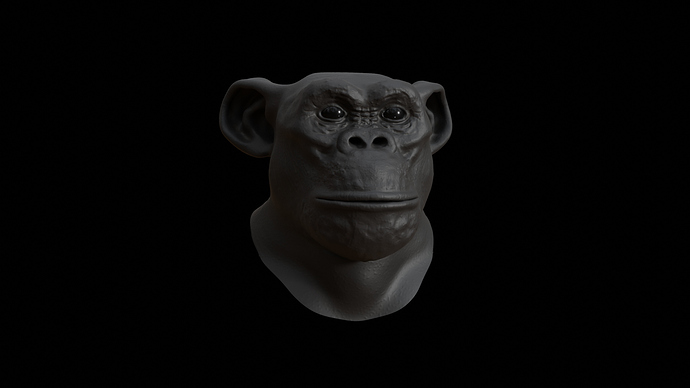